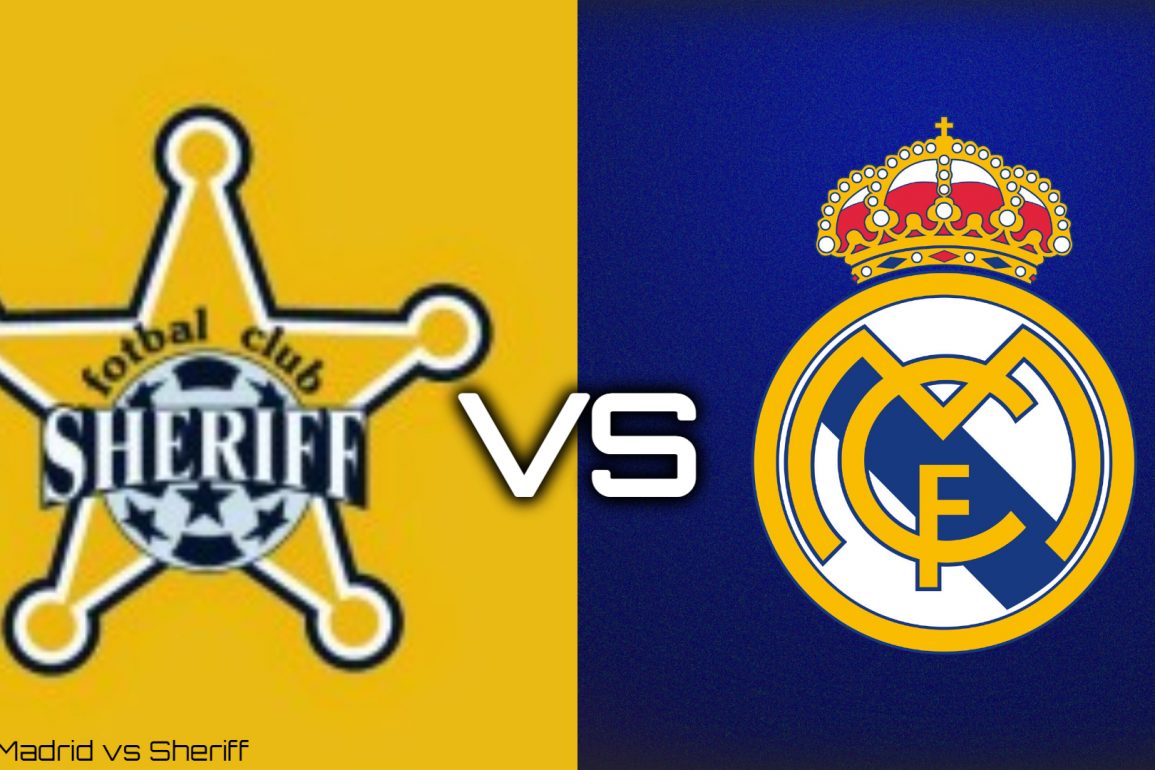 This article will focus on the upcoming game Real Madrid vs Sheriff. FC Sheriff Tiraspol became the first Moldovan team to qualify for the group stages of the UEFA Champions League. After qualifying, they joined Inter Milan, Real Madrid, and Shakhtar Donetsk in Group D. With two consecutive victories against Shakhtar Donetsk and even Real Madrid, FC Sheriff is flying high. We are heading into matchday 3 and Sheriff has already stamped its authority with some great performances on the field. A recent example is their snatching 2-1 shock victory against the 13-time winner Real Madrid. While Sheriff has secured the top spot in the points table, Madrid is not in a good position this season. They have lost the last two games against Villarreal and Sheriff.

Ancelotti’s team not only played a very average match, but also they did not even put up a fair fight. To uphold its reputation Madrid has to bounce back in its next match against Espanyol on October 3. The upcoming match would have been much more relaxed for the Spanish side if they had beaten Sheriff in the game Yesterday. But just like the fans, the other thing that Real Madrid will be looking forward to is their next group match against the Moldovan side Sheriff Tiraspol. Nevertheless, a strong side like Madrid will definitely bounce back stronger than ever for sure. So to enjoy the upcoming thriller Real Madrid vs Sheriff here is all you need to know. Moreover, you will also get to know about the predicted lineup and kick-off time.

Real Madrid vs Sheriff will kick off on November 25, 2021, at 1:30 am (IST). As we head into matchday 5 of the UEFA Champions League, Real Madrid will face Sheriff once again in the Group D fixture. This time the Spanish side will try to take revenge for the last-minute defeat Yesterday in their own backyard. The live-action of the next fixture however will take place in Bolshaya Sportivnaya Arena, Sheriff. The streaming platform where you can enjoy each and every match of the league is Paramount+. In Australia, the official broadcasters are Optus Sport by paying only $14 for a month. ESPN will be streaming live-action in the US and you definitely would not wanna miss this. So mark the calenders and set the alarms as it is definitely going to be a thrilling match as both sides will be looking to collect some points.

Madrid will miss out on Dani Carvajal and Ferland Mendy most probably. Gareth Bale, Dani Ceballos, and Marcelo will also be sidelined due to their injuries. Madrid’s striker Lovro Bizjak was ruled out as well but he is likely to recover till the upcoming Real Madrid vs Sheriff next month.

As for Sheriff Lovro Bizjack is going through a foot problem and can return as well. Other than that injuries are not a concern for this Moldovan side and they will take up a full squad home for the group fixture.

Although Sheriff and Real Madrid have been at two different ends of the spectrum previously, this time the Moldovan side has shown that they are capable of a lot more. Sheriff Tiraspol looks a strong side and they are capable of making this another uncomfortable evening for the 13-time champions Real Madrid. The debutants have pulled off an awesome season so far but Real Madrid is a side that cannot be taken for granted. If you have to win you have to give your 100 percent on the field. Real Madrid will be the clear favorites for this game at the Bolshaya Sportivnaya Arena Stadium, and according to the mainstream media, they will be soon back to their winning ways. And also we are no strangers to the fact that once Madrid gains momentum they are the most dangerous sides of the League.