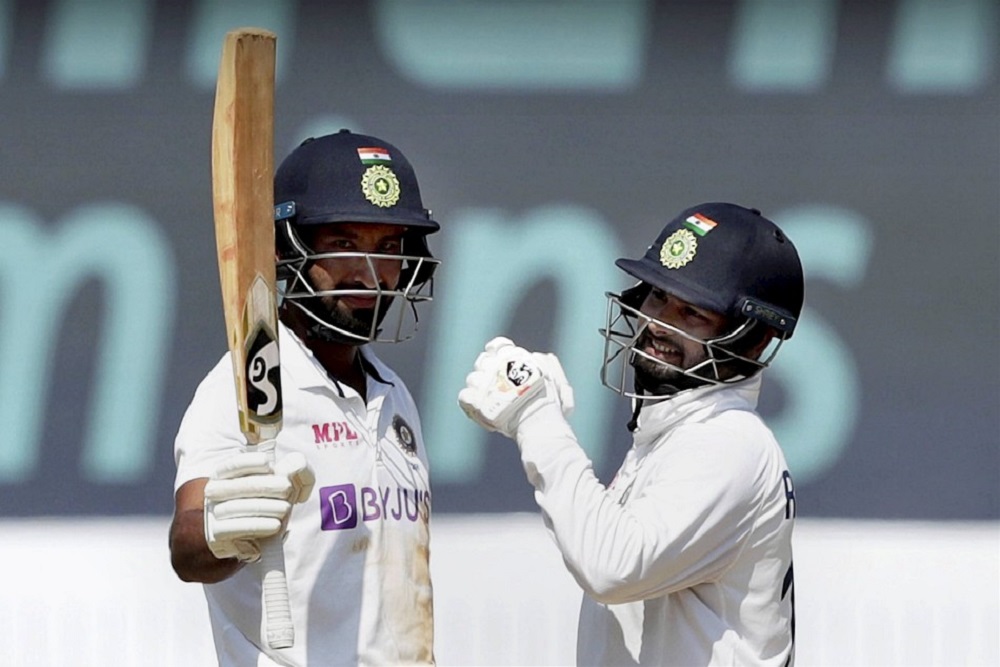 Rishabh Pant (right) and Cheteshwar Pujara (left) fired the England bowlers on Day 3 of the 1st Test match in India.

India is hosting England for an all-format tour in India as they began with the Paytm Test Series on 5th February. It is a really important series for both the teams as it decides the future candidate of the ICC World Test Championship between them. Consequently, both the teams have prepared properly for it and are out on the field all ready to give their best.

The match began on Day 1 with England winning the toss and choosing to bat first. They knew that the conditions were highly in the favor of batsmen and hence, they wanted to get the most runs out of it. Consequently, they began their Day well with Rory Burns and Dominic Sibley opening the innings for them. They got a good start to the day but soon Sibley got out. At the end of Day 1, they had posted a total of 263 after losing only 3 wickets. Burns had scored 87 runs in 286 balls whereas Root scored a terrific 128* in 197 balls.

Day 2 began and England continued their domination over the hosts. They seemed to be in a good position with Root thrashing all the Indian bowlers. Ben Stokes joined him on this venture and smashed a quick 82-run knock off just 118 balls. By the end of Day 2, England had managed to score 555 runs after losing 8 wickets. Root was the star of the day who got out after scoring 218 runs in 377 balls. The middle-order had also contributed well and hence, they had got to this total.

As Day 3 began, England was looking to score as many runs as they could and then start bowling. However, they managed to get their total to only as far as 578 before getting all out in 190.1 overs. Consequently, now India needed 579 runs to take the lead.

India began their chase as Rohit Sharma and Shubman Gill came to the crease. They were planning to stay strong on the crease but that didn’t quite work out for them. Rohit got out in the 4th over itself after scoring only 6 runs in 9 balls. Consequently, Cheteshwar Pujara came to the crease. He was slowly building his partnership with Gill but in the 10th over, even Gill (29 in 28) got out. As a result, now Virat Kohli, the skipper himself came to the crease. However, even he couldn’t achieve much as he (Virat- 11 in 48) got out in the 25th over. After that, Ajinkya Rahane (1 in 6) came in at 5 but he soon got dismissed in the 27th over.

Now, Rishabh Pant came to the crease. The 23-year old had been vital for India in the Australia tour as he won them the final Test match with his impressive knock. So, all eyes were on him and he didn’t disappoint a single bit. He was slowly building his innings while Pujara was getting quick runs. In the 51st over, Pujara (73 in 143) got out. But, Rishabh Pant continued to deliver an outstanding knock once again as he smashed 91 runs in just 88 balls before getting out in the 57th over. As a result, now Washington Sundar and Ravichandran Ashwin were on the crease. They managed to bat till the end of Day 3 as they got India’s total to 257-6 in 74 overs. As a result, now India is trailing 321 runs behind England.

Can Sundar and Ashwin get India back into the game?

India is trailing by 321 runs and hence. it is going to be difficult for them to enter Day 4 of the test match. England will look to dominate the hosts once again and get over Pant’s horrific knock. Pant’s knock must have definitely got India back into the game but they still have a huge target ahead of them. They’ll have to get past the score of 378 if they don’t want to face a follow-on. So, tune in tomorrow to find out how Day 4 of this brilliant Test match pans out. 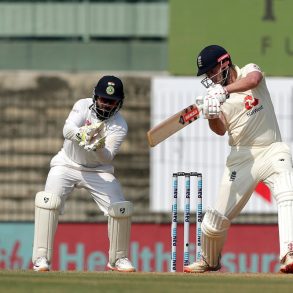