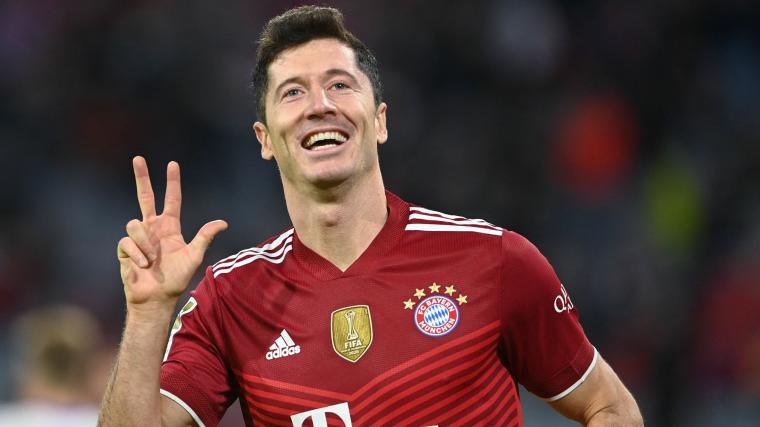 Robert Lewandowski Leaving Bayern: Where is He Headed to?

Robert Lewandowski has done it all in Bayern Munich. Multiple times Bundesliga champion, the 2019/20 UEFA Champions League champion, and Ballon d’Or Striker of the year are just to name a few. Now with his sights set on the future, Lewandowski’s story with Bayern Munich is done. Now looking for fresh competition, the lethal striker from Poland is set to leave Bayern Munich.

According to football transfer expert, Fabrizio Romano, the 33-year-old has reached a verbal agreement on a three-year deal with Barcelona, who are on the lookout for a new striker in the market. However, given the financial difficulties faced by Barcelona, there still remains doubt as to where both parties may end up. With Barcelona possibly, looking to offload Frenkie De Jong to Manchester United, maybe they will cash in on that financial boost by bringing in a star player to help with the revenue as well.

As of right now, Lewandowski is mentally prepared to leave Bayern, only waiting for the two clubs to reach an agreement. Fabrizio Romano informed us via Twitter that “Robert Lewandowski wants to join Barcelona, no way for other clubs as of today. He knows it’s still not easy to reach an agreement with Bayern – but he’s only waiting for FCB,”. The 2021 FIFA Best Player Award winner currently has one year left on his deal with Bayern Munich. Thus it would also be a beneficial deal for Bayern considering they could lose their star man for free next season. However, as the transfer market has shown us with the Mbappe-Madrid-PSG Saga, it’s never too late to turn around a situation.

This is where things begin to complicate. Bayern Munich president Herbert Hainer has now come out to officially weigh in on the matter and give us a perspective behind Bayern’s policy. Hainer goes on record to state that he remains “confident” that Robert Lewandowski will not secure a transfer away from the club this summer. Despite Robert Lewandowski stating otherwise in an interview during the International break. The Bayern Chief even went as far as to mildly criticize the Polish striker’s decision to disclose his future plans to the public and media. In a recent interview with BILD, Hainer was quoted saying:

“We have always said that Robert Lewandowski has a contract with FC Bayern until June 30, 2023. And a contract is a contract! Where are we going if a player can end a contract early while we as a club would have to pay him in full up to the last day of the term? That’s an inequality, it can’t be like that. I’m a bit surprised that Robert chose to go public, I wouldn’t have done it if I were him. He has been with FC Bayern for a long time, has won many titles with us: the Champions League, eight times German champion, he has twice become world footballer as a Bayern player. I think he knows very well what he has at Bayern, namely a club that treats its players very well, that does everything to enable them to perform at their best. And I have to say: Appreciation is not a one-way street!”

These are certain words that might rub the Polish striker a wrong way. However, a small detail that which Bayern President seemed to have ignored is the fact that a rule in FIFA’s regulation, specifically Article 17 rules that a player who signed a contract before the age of 28 can buy himself out of the contract three years after the deal was signed. Therefore, with a year remaining on Lewandowski’s contract, there is a possibility of Robert Lewandowski forcing his transfer through if the need arises. Of course, the decision now lies with the Bayern Munich board and Barcelona board. Lewandowski seems to have made up his mind to search for glory in another league, and a move to Barcelona seems on the horizon. However, the unpredictability of the transfer market leaves everything up in the air until the deal is confirmed officially. Nonetheless, it will be an interesting story to follow as the days pass by.