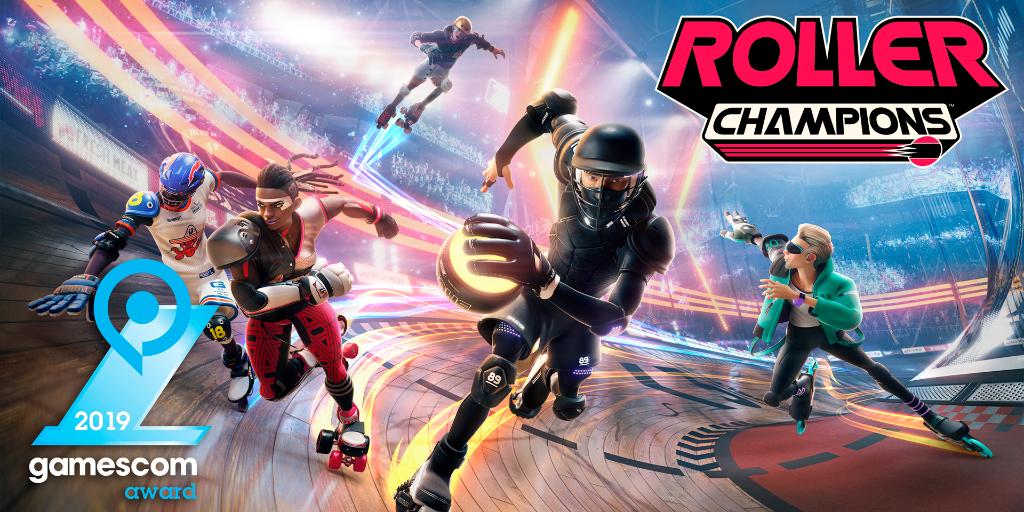 Today, in this article, we will be talking about the all-new game ‘Roller Champions’ release date and details of this outstanding game. It is a sports game. There will be only one mode, which is the multi-player mode. The game will be played from a third-person perspective.

In this game, there will be 3 vs 3 players and will play competitive sports games. Two teams will play every match. In the game, the player will have to throw a ball into a goal. Each team will have to earn five points in seven minutes. To earn the points, the player will need to gain possession of the ball and will have to skate it for one lap continuously. It means, in that one lap, the player must not be interrupted by any opponent. If the player wants to complete the subsequent laps, then you and your team must be having a strategy to play in the game. It can be done by passing the ball to your teammates.

The player can also earn more points in the game by completing more laps. But, the progress will be lost if the opponent stops you. In the game, there will be a situation such as one team will be having possession of the ball, then the other team will try to tackle and knock on the opponent team. At that time, those attacks can be dodged by the team. There will be also followers in the game. The player will earn more followers if they win the match. It will help the player to take a part in the game which will be having a huge crowd. In the game, the player can customize almost all the things such as avatars, gears, outfits of the fans, cosmetic items, and so on.

The game will be futuristic game ever because of its enhanced graphics and the competitive match. There will be also exciting arenas in the game where the player can perform in the matches. You can also customize your character’s helmet, wheels, and more. Arenas include Acapulco, Mexico city, and Chichen Itza. There will be fast-paced gameplay in the game. The player can gain an edge over the opponents. It will be done by new team moves, speed boosts, and tackling. You will earn a great experience of the electrifying gameplay when you score the goal. Play this amazing game and become a champion in the arena where the player can create their champion and show off the style in the arena. So, roll up to glory by playing this fantastic game.

When is ‘Roller Champions’ going to release?

We do not know the exact date but the game ‘Roller Champions’ will be released in 2021. The developer and publishers of the game are Ubisoft Montreal and Ubisoft respectively. This game will release on Various platforms, which are Microsoft Windows, Nintendo Switch, PlayStation 4, and Xbox One. The announcement of this game was at The Electronic Entertainment Expo 2019. An announcement trailer of this superb game is released. Stay tuned for the next update.