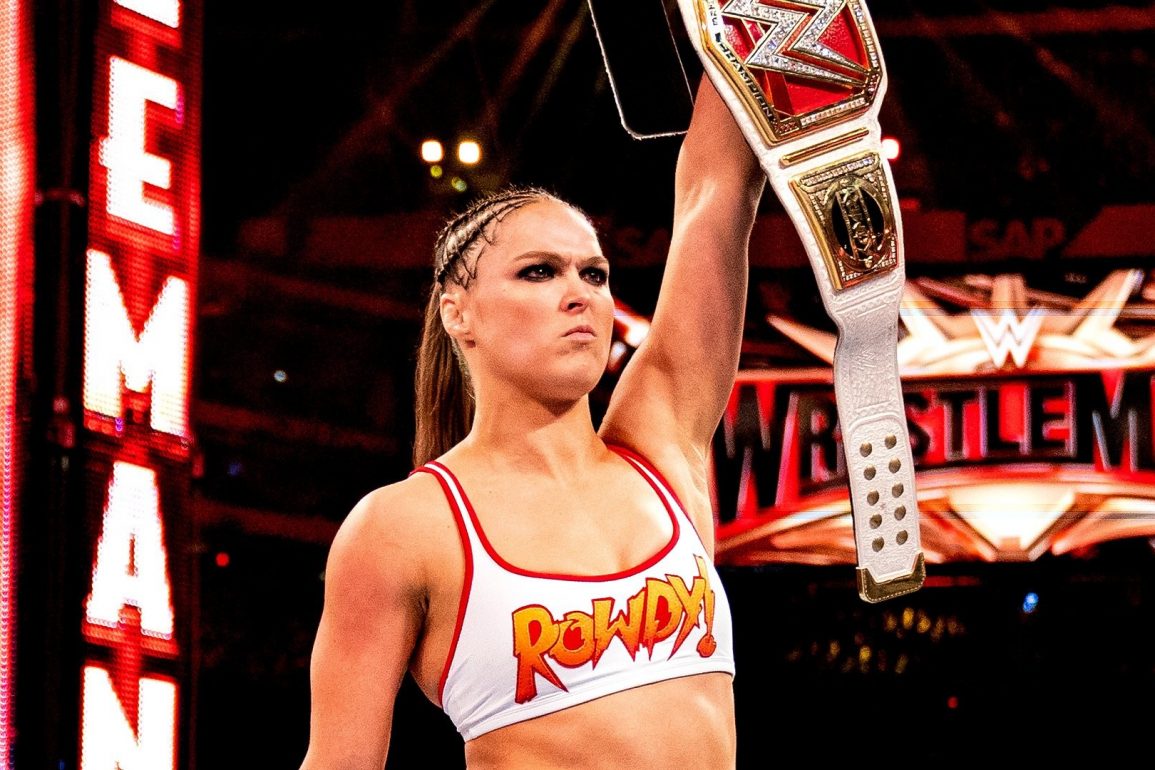 Ex UFC fighter Ronda Rousey is officially a mom. The fighter announced the birth of her daughter on Monday by sharing the post on Instagram. As soon as Ronda shared the picture with her daughter, her social media account was flooded with good wishes. Along with the post, the player also revealed the name of her baby girl. Ronda and her husband Travis have named their baby girl La’akea Makalapuaokalanipō Browne. However, Ronda has not revealed her daughter’s date of birth, nor has she shared much information.

Ronda Rousey, known as the Baddest Woman on the Earth, had been away from the WWE ring for a long time. Ronda, the first-ever UFC female winner and one of the greatest fighters in the history of wrestling, has not wrestled since the defeat to Amanda Nunes in 2016. But, she entered the Pro wrestling tournament from WWE in 2018 and 2019. In 2019, she confirmed that she will no longer play, she will stay away from wrestling and sports to start her family with her husband, MMA player Travis Browne. It is not yet clear when Ronda will make her come back to the WWE. But the CEO and Chairman of WWE, Mr. Vince McMahon want Ronda to come back to Wrestlemania 37.

Ronda has had an excellent journey in the WWE as one of the biggest stars of the year. She soon made her way through the WWE Women category and was able to beat her leading stars. Her nickname, “Rowdy”, came from high-profile wrestler Roddy Piper. Ronda is the only woman to have won a title in the UFC and WWE, and the only woman to make a name for herself at each pay-per-view event at both companies.

Ronda Rousey is an American Pro-wrestler, retired from mixed martial arts, and an actress. Rousey was born and brought up in Riverside, California. Rousey started learning judo with her mother when she was only 11 years old. Ronda got training along with her mother until she was 13 when she accidentally broke her mother’s wrist. At the age of 17, She was the youngest Judoka to win the 2004 Olympic Games. Rousey began her MMA career at the age of 22 when she realized she didn’t want to spend her life in the judo world.

In August 2015, Ronda was rumored to be dating MMA player Travis Browne. Both fighters met while Ronda trained under Edmond Tarverdyan. Travis last trained at the same gym, Glendale Fighting Club, and shortly thereafter, they started going out. Browne was still married at the time. In October 2015, Ronda stated that she was in love with Browne. On April 20, 2017, Ronda and Browne got engaged in New Zealand. Travis and Rousey tied the knot on August 28, 2017, at his home state in Hawaii. Both of these fighters shared beautiful photos of their wedding day on social media platforms. Earlier, Rousey was in a relationship with another UFC fighter, Brendan Schaub.

In April, Ronda Rousey opened up about her pregnancy. Ronda uploaded a video on her Youtube channel saying “The Baddest baby on the planet is on its way“. Rousey revealed that she’s been pregnant for 4 months and can’t hide her baby bump any longer. Rousey shared some details about the baby’s arrival in the YouTube video and also revealed the upcoming gender reveal party. Ronda also shared a video clip with the baby-daddy Travis who found out she was pregnant and felt the heartbeat of their baby. By sharing another post, she thanked all the well-wishers. And also expressed excitement for the birth of her baby.