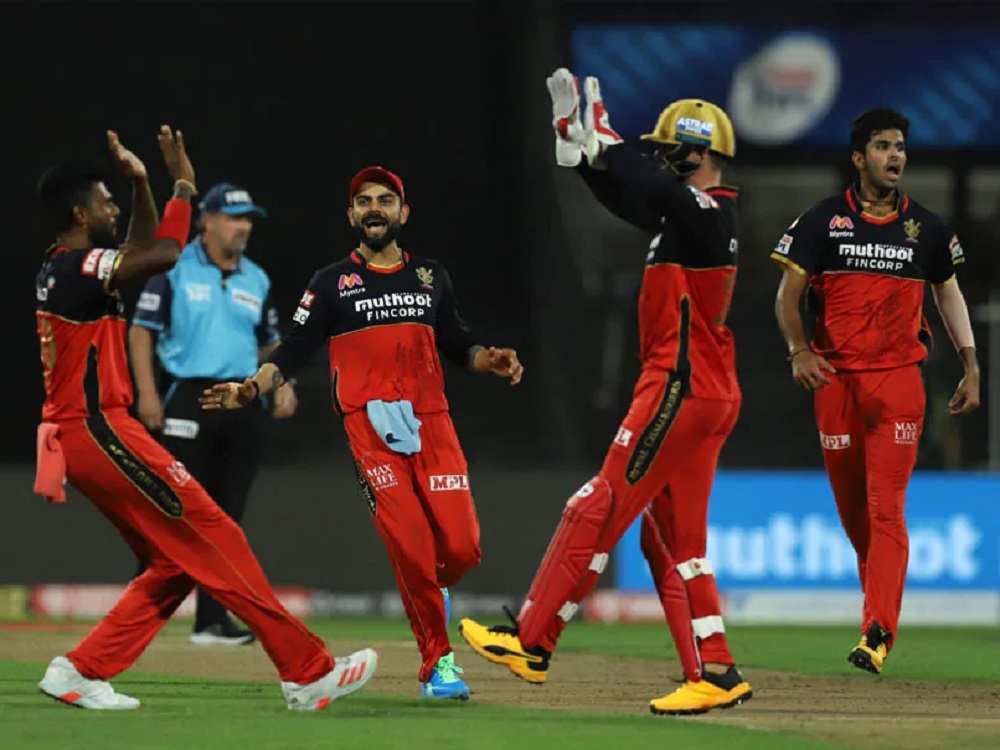 With the 28th match of IPL 2020, we are done with half the fixtures of the tournament this season. Royal Challengers Bangalore were locking horns with Kolkata Knight Riders. It was the 7th fixture for each of them. Both were tied at 8 points but KKR was above RCB due to their net run-rate. However, the match took an interesting turn as RCB destroyed the Kolkata side completely. The match was at Sharjah and everyone was expecting a lot of boundaries. Both the teams had some excellent batting as well as bowling lineups. However, it was going to be interesting as we would get to see which team excels over the other.

The Royal Challengers Bangalore skipper Virat Kohli won the toss and chose to bat first. He wanted to get a huge target on the scoreboard so as to create pressure on the Dinesh Kartik-led side. With that, the standard opening duo of RCB, Aaron Finch and Devdutt Padikkal came to the crease. They started off slow in the first two overs but later caught up as both of them smashed boundaries in the final overs of powerplay. They got a good score in the powerplay with 47 runs in just 6 overs without any loss of wickets. However, soon enough in the 8th over, Andre Russell dismissed the RCB young blood Devdutt Paddikkal (32 in 23). After his departure came the captain himself, Virat Kohli. Kohli was playing slow from his end as Aaron Finch was doing the hitting part.

Kohli made sure that he would rotate the strike so Finch could smash some boundaries. However, in the 13th over, Finch (47 in 37) got out. But, KKR did not know they had unchained the beast of RCB. AB de Villiers came to the crease and knew he had to score quickly as his team was on a score of 94 on a hitting pitch like Sharjah. On the other hand, Kohli thought that it is his time to hit now as he had settled. But, de Villiers had some different plans. The South-African star smashed the KKR bowlers for boundaries in the last few overs. With his help, RCB were able to get a whopping total of 194-2 in their 20-over innings. All credit went to Virat Kohli (33 in 28) and AB de Villiers (73 in 33) of course.

Kolkata Knight Riders had a huge target of 195 in front of them but it was not that difficult for a pitch like Sharjah. To open for KKR came Shubman Gill and Tom Banton. However, Banton (8 in 12) soon got out in the 4th over of their innings. Then came Nitish Rana to support Shubman Gill. But, Nitish (9 in 14) did not last long as Washington Sundar bowled him in the 8th over. Just 2 overs later, KKR also lost their in-form batsman Gill (34 in 25). As a result, skipper Karthik and Morgan came to the crease. However, both Kartik (1 in 2) and Morgan (8 in 12) got dismissed in the 11th and 12th over respectively. With that, all the hopes of KKR fans’ crashed.

But, the match was not over yet. Andre Russell ignited a sense of hope amongst the fans with 2 fours and 1 six. However, Udana dismissed him (Russell- 16 in 10) in the 14th over. After that KKR just collapsed as Pat Cummins (1 in 3) got out in the 15th over. After him, Rahul Tripathi (16 in 22) and Nagarkoti (4 in 7) also got dismissed in the 17th and 19th over respectively. In the total of 20 overs, KKR were only able to get a score of 112 with the loss of 9 wickets on their scoresheet. RCB had destroyed them as the former won with a huge margin of 82 runs.

No surprises there as @ABdeVilliers17 is adjudged the Man of the Match for his superb batting effort today against #KKR. #Dream11IPL #RCBvKKR pic.twitter.com/yojSFKoeok

Mr. 360, better known as AB de Villiers was honored with the Man of the Match award for his excellent knock of 73 in just 33 balls. He also received the Unacademy Lets Crack It Sixes of the Match award for the marvelous 6 sixes he had hit in his innings. Apart from that, he also won the Altroz Super Striker of the match. With this win, RCB has now climbed up to the 3rd position on the points table whereas KKR is now on the 4th position. Anyhow, in their next fixture RCB will be facing KXIP whereas KKR will be going up against MI. So, for more such updates, stay tuned.