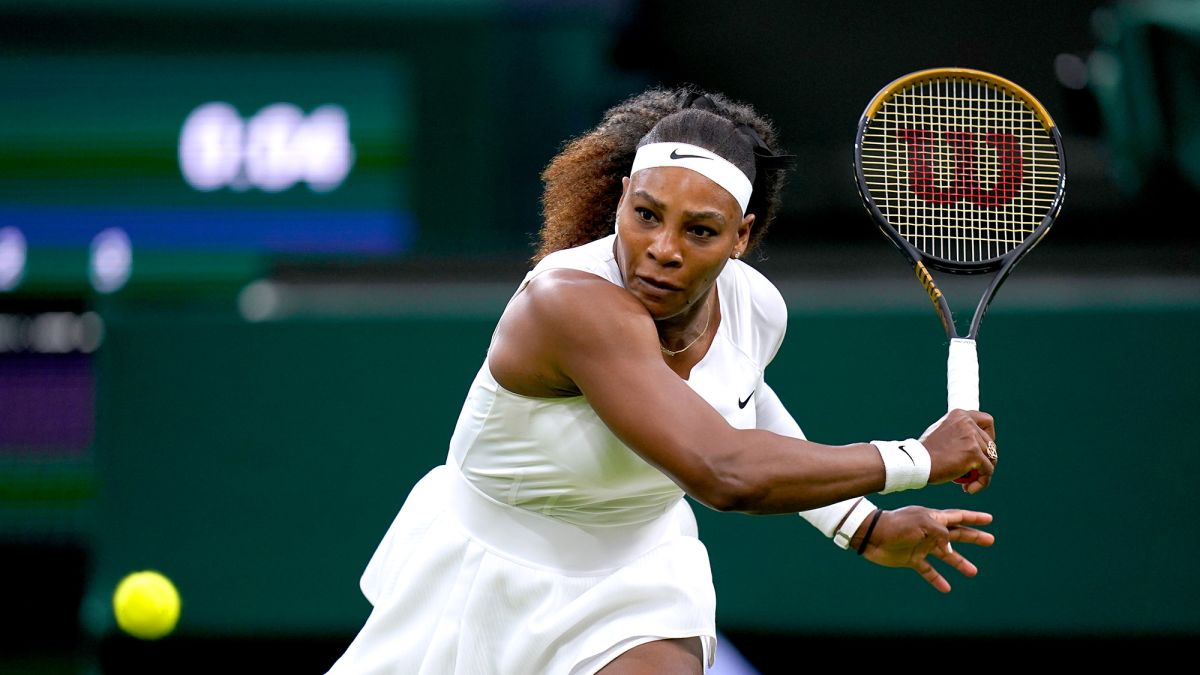 The wildcard entry of Wimbledon, Serena Williams, is set to make her first appearance in the tournament since 2019. Now 40 plus, it is a massive task for Serena to make an impact in the tournament. Full credit to her for still playing, showing her love for the sport. But realistically speaking, it is going to be more difficult than ever to win this tournament which is very close to her heart. She might exit in the first round or just win the tournament, that is how unpredictable she is. But no matter what the current situation is, she is a champion. The entire US is behind her, the entire Wimbledon crowd will be behind her. Her fitness might be a question, but her confidence, absolutely not.

Serena Williams made her debut in 1999, 23 years ago, she first came to light. Since then, there has been no looking back. A 23-time major winner, Serena has almost dominated the sport for two decades. Many winners came and went, but no one could replace Serena. She stood there like a wall for all these years, irreplaceable. Her 23 grand slams is a record in the open era beating Steffi Graff’s record. She is just one behind all-time record of Margaret Court (24). She, along with Venus Williams, has won 14 doubles grand slam titles.

Serena Williams was born in 1981 in Michigan. From a very young Serena and her elder sister Venus were both trained by their parents, Oracene Price and Richard Williams. In 1995, at only 14, she turned pro, and in 1999 at the age of 18 won her first grand slam title. Since then, her career graph has only gone up. She has twice achieved a career grand slam, the only player to do so. It is also known as Serena Slam since she is the only one to do so. In her personal life, Serena Williams got married to Reddit co-founder Alexis Ohanian. In 2017 she gave birth to a girl and named her Alexis Olympia Ohanian Jr, often called just Olympia. Out of her 23 grand slam titles, 7 are Australian Open titles, 3 French Opens, 7 Wimbledon, and 6 US Open titles. Without a doubt, she is the most celebrated tennis player and female athlete of recent decades. She also has the 2012 Olympic Gold Medal to her name.

Also Read: Emma Raducanu: Next Superstar Of The UK?

Serena Williams’ Earnings And Net Worth

Her earnings outside of tennis are majorly from deals and endorsements. She roughly earns up to 15-20 $million per year. Ever since she became a professional, she has been associated with Nike. Many years ago, she made a $40 million deal with Nike to start her own clothing line. It is reported that Serena Williams makes almost $8 million every year in her tennis career. She is the only female athlete to be on the Forbes top 100 list of sports celebrities. Her net worth is estimated to be around $225 million. After Roger Federer, Novak Djokovic, and Rafael Nadal, she is the richest tennis player.

She is a lot of associations with a number of brands. Wilson, Gatorade, Delta Air Lines, Aston Martin, Pepsi, Beats by Dre, JP Morgan Chase, Audemars Piguet, Bumble, Upper Deck, IBM, Intel. These are some of the brands Serena is a part of. All in all, in almost 25-plus years of her career, Serena Williams has been a hallmark of success. More power to her!