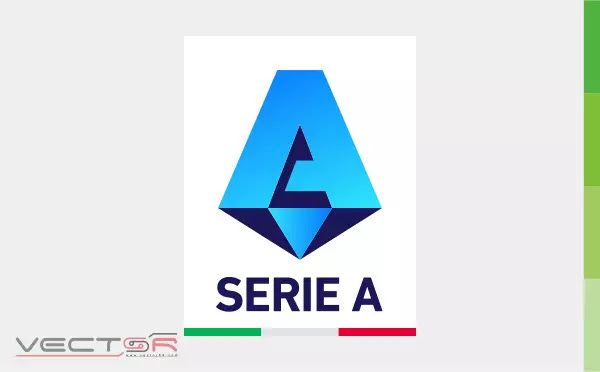 Serie A is one of the leagues in the modern era that has stayed the way it has always been. Not affected by the overall changes in football in terms of style and play. A lot of other leagues have completely evolved with time, as football has changed a lot in the last 20 years. The Italian league has now become very competitive in the last 2-3 seasons after a decade of dominance by Juventus. This break in the winning streak has been made possible by other teams who grew in their stature. Old horses like AC Milan and Inter Milan have risen again. In the last 7-8 years, they lost their old self, struggling to make it to the top four. Things have changed a lot in the last two seasons.

Two years ago, it was Inter Milan who completely dominated the league under Antonio Conte’s leadership. The partnership of Martinez and Lukaku, with the support of wonderful midfielders and defenders, brought in the trophy after many years. Last season, AC Milan surprised everyone with their strong game and willingness to not lose a single match. Other than these two teams, Napoli, Atalanta, Lazio, Roma, Sassuolo, and Fiorentina are not easy teams to beat. They possess high-quality players and always create tough competition for the top teams. These teams are also in the hunt to win the title, and the table looks very competitive among the first 7-8 teams.

Let us have a look at the teams fighting it out for the Serie A title.

The most successful club in Serie A is Juventus. They dominated the league completely in the last decade, winning 10 straight league titles. Antonio Conte’s arrival in the club in 2010 changed the way Juventus was playing prior to that. After the 2006 fixing scandal, a lot of top players left the club because they didn’t want to play in Serie B. This led to a downfall for the club as they could maintain the previous level even though they got promoted the very next season. After Conte took the charge, things changed for the good. He transformed the club; literally, the results came in pretty quickly, and in no time, Juventus was back on top. From then on, even after Conte’s departure, Juventus held on to the top position for many more years.

After the departure of Cristiano Ronaldo and some other players, the club got a setback. They were not the same team anymore, totally dominating the league. They were good but not that good to stay at the top of the league. But now, with the inclusion of Paul Pogba back in the team, they now look to make it back to the top. At least, this would be their prime target for this season. Winning the Champions League would be a far-fetched reality. However, things look positive once again for the black lady. Hoping they have a good comeback season.

Romelu Lukaku is now back with Inter Milan, even if it is a season-long loan spell. If Martinez stays with the club, then the duo will have their old partnership back. The team looks solid, there is no issue otherwise. They were in the title race almost till the end of the last season. They just lost by a whisker to AC Milan, who won the title after a decade. Inter was unable to retain the title last season, but it is tough considering how many good teams are competing in the league. As of now, it is a new beginning for every team in the league, the same is the case with Inter Milan. They will start afresh, hopefully with new players and a lot of new energy.

As for the Champions League is concerned,  Inter Milan should not keep high hopes. They have done pretty average in all the recent seasons they played in the tournament. Since nothing is permanent, they can surely have a go at it. Chances are slim but worth trying for. Furthermore, there are financial benefits one gets if one manages to pass rounds in the European competition.

On paper, AC Milan never looked like the team who could win the Italian league. This team proved everybody wrong and what a classy performance they showed throughout those 10 months. It was nothing less than extraordinary. An achievement that was way bigger than everything else. Their team had collapsed after the departure of big players like Ibrahimovic and Thiago Silva back in 2012. Since then, they had a long period of just trying to come back to their old self. It took time, 10 years to be precise, but they did it. They won the league in style and how. The unit stuck to the basics, working as a team, and did not leave any major gaps. It was truly an emotional period for the club, as the Azzurri’s found their way back to the top.

They are again back to the Champions League spot. The big and one of the most successful clubs is back to where it belongs. Can’t say anything regarding their progress in the elite competition, but it will bring back a lot of memories. With new transfers and other small adjustments, the club is planning to maintain its stronghold in the league.

In Serie A, Atalanta is one of the most exciting teams to watch. Their philosophy of just attacking and scoring goals is very attractive. This is one of the reasons why they have become a huge team in the last 3-4 seasons. Especially, the last-to-last season was one of their best where they qualified for the Champions League and were close to winning the title. They have scored the maximum goals in the last five seasons combined. Their manager has put in a lot of hard work with the boys and they deserve a lot of credit. From a mid-table team they now regularly fight for the top four spots. Last season was not their best but they will certainly try to make it up for it in the upcoming season.