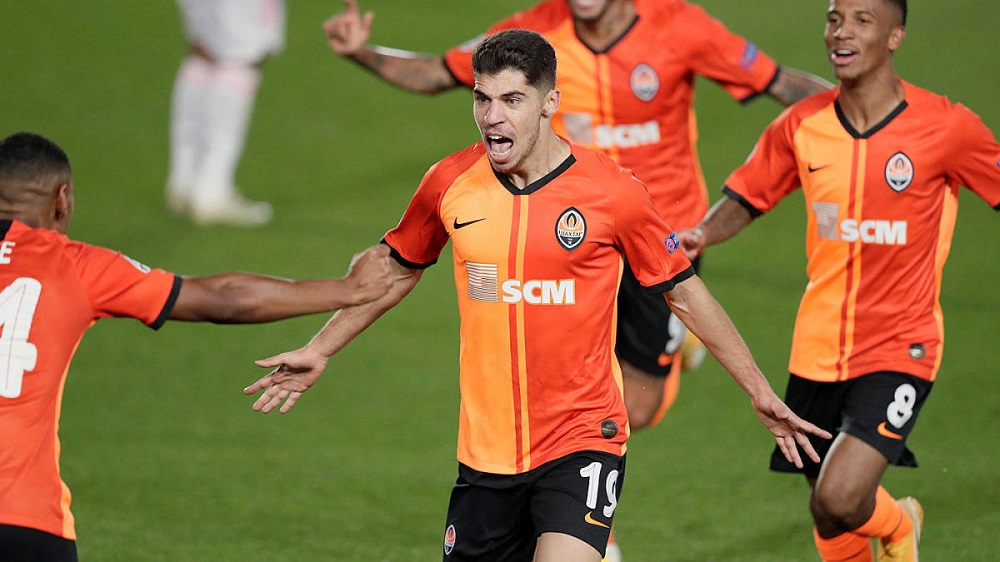 Shakhtar Donetsk crushed Real Madrid in their first UCL game of the group stage itself.

The UEFA Champions League is back and till now we have got to see some very exciting matches. On matchday 1, we got to see many close matches and also some shockers where the final result was totally unexpected. Chelsea and Sevilla tied, Manchester United scored a late winner against Paris Saint Germain, Lazio thrashed Borussia Dortmund by 2 goals, Inter Milan somehow managed to earn a point against Borussia Monchengladbach and many other matches that were very interesting.

There were some matches where fans already knew what the result was going to be and hence were not so excited about it. However, all the teams have proved that they should not be taken lightly. A classic example of such a match is Real Madrid against Shakhtar Donetsk. Real Madrid fans were very sure that their team was going to win the 3 points in this fixture but things did not go their way. Let us see what happened which made all the Los Blancos fans very upset.

Shakhtar Donetsk and Real Madrid were not meeting each other for the first time. In the 2015/16 season, they were drawn in the same group where Real Madrid won both the matches scoring a total of 8 goals against them. Real Madrid is a really strong team but after their last loss against Cadiz in La Liga, nothing could be said. For this fixture, Zidane made many changes in the team. Sergio Ramos was replaced. Benzema, Toni Kroos, and Isco were not included in the starting 11 whereas Luis Castro did not make any major changes in his team.

The match kicked off and the fans were surprised to see the Ukrainian side coping up with Real Madrid. In fact, they were so good that they owned the first half by scoring three goals in it. Apart from that, they did not concede a single goal. Tete and Solomon scored 2 goals for the team and Varane ended up scoring an own goal. The score was 3-0 at half time in the favour of Shakhtar which was totally unexpected.

Madrid fans still believed in their team and had faith that they will make a comeback. Real Madrid almost did what their fans expected. Just 9 minutes into the second half, Luka Modric scored an amazing top corner goal from 30 yards. Just 5 minutes later, Vinicius won the ball from the Shakhtar defense and managed to convert the chance to make it 3-2. The Real Madrid fans were very happy and were expecting another goal for a proper comeback. The Los Blancos scored a late equalizer but it was ruled out by VAR. Valverde took a shot that was deflected by the defense but was still on target. Vinicius Jr., who was standing in front of the goalkeeper was blocking his view and hence was given offside. Just like this, the Ukrainian side earned three points against Real Madrid.