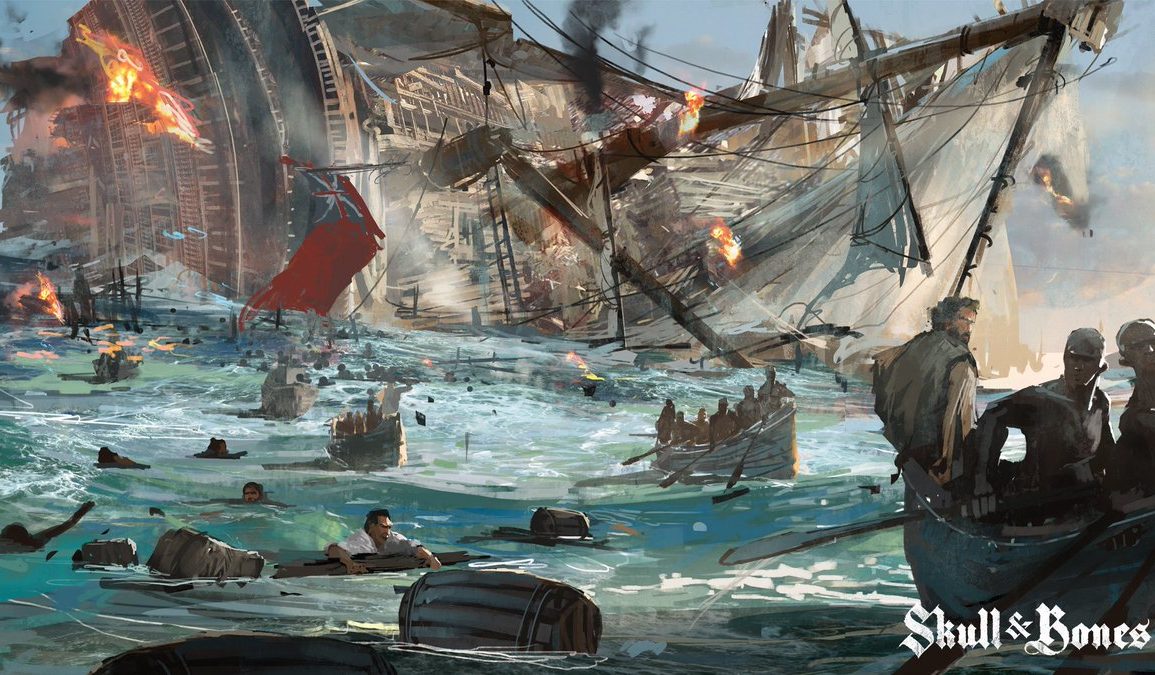 Today, we will be talking about the all-new game ‘Skull & Bones’ release date and its exclusive details of this fabulous game. It is an action and adventure game with an open world environment. There will be two modes which are single-player mode and multi-player mode. You will be able to play the game from a third-person perspective.

In this game, players will have a customizable pirate captain. The player will sail to the Indian Ocean solo. To play player vs player, the player will need to gather up to five players. There will be many ships, which players can collect. Ships will be frigates, brigantines, sloops of war, and many more. Ships will include weapons with them such as mortars, rockets, and broadside cannons, features will include spyglasses and microtransactions. You will have to charge the ship with the help of boarded and brute force. There will be a health bar which will show the damage and remaining health. In multiplayer mode, there will be a treasure hunting challenge, which will take place between two groups.

There will be Naval Combat Redefined. In this, Players will fight with other ships over the sea. Players can use weapons and tools to defeat. You can feel brutality while fighting in naval combat. The Player can play solo or with other captains to defeat and loot the most powerful enemies. You can customize your ship using a deep progression system. The weather in the game will change unexpectedly and you have to fight in any situation to win.

What is the story behind this game?

In September 1717, the British empire and the European rivals used to rule the Caribbean. Votes were very large and hence, many ships were sailing day by day. Those ships were filled with many expensive things such as gold, exotic woods, and spirits. By these treasures, Pirates was seeking all of these expensive things. At that time, the most powerful captains were Blackbeard and Captain Morgan. They became legends and make piracy perception down. Day by day, Piracy went on to grow too much. Consequently, Britain’s crown delivered the King’s pardon and offered mercy to all pirates who had given up. More than 200 pardons were taken. Some became the pirate hunter like Benjamin Harnigold. The remaining pirates who refused the King’s pardon became more dangerous. After so many fights with the Empire, they caught and hung on the gallons.

When will Ubisoft release ‘Skull & Bones’?

The release date of ‘Skull & Bones’ is yet to be announced but you can expect the game to release in 2021. Ubisoft announced the game in 2017 in their press conference at the Electronic Entertainment Expo 2017. This game will release on various platforms which are Mircosoft Windows, PlayStation 4, and Xbox One. The developer and publishers of this heartwarming game are Unisoft Singapore and Ubisoft respectively. This game has received nominations in the Game Critic Award for the Best Original Game and Best Online Multiplayer game. You can register for this game by visiting its official website, you can join the community as well.

We’re going to batten down the hatches and push back on the game’s arrival—this is a challenging news for us all, but it’s what’s needed to make Skull & Bones as awesome as it can be!

Our focus remains on quality first and we’re grateful for your undying support ☠️⚔️ pic.twitter.com/ZCt85tY3TG

On November 22, after a fight of three hours, Blackbeard was killed. For Caribbean piracy, Anne Bonny and Calico Jack were captured. Now, the British empire was fleet very fastly with the covering of Africa and South America. At that time, someone saw the expensive things which are in the Indian Ocean. As a result, now they convinced you to go on the breathtaking journey to the Indian ocean.