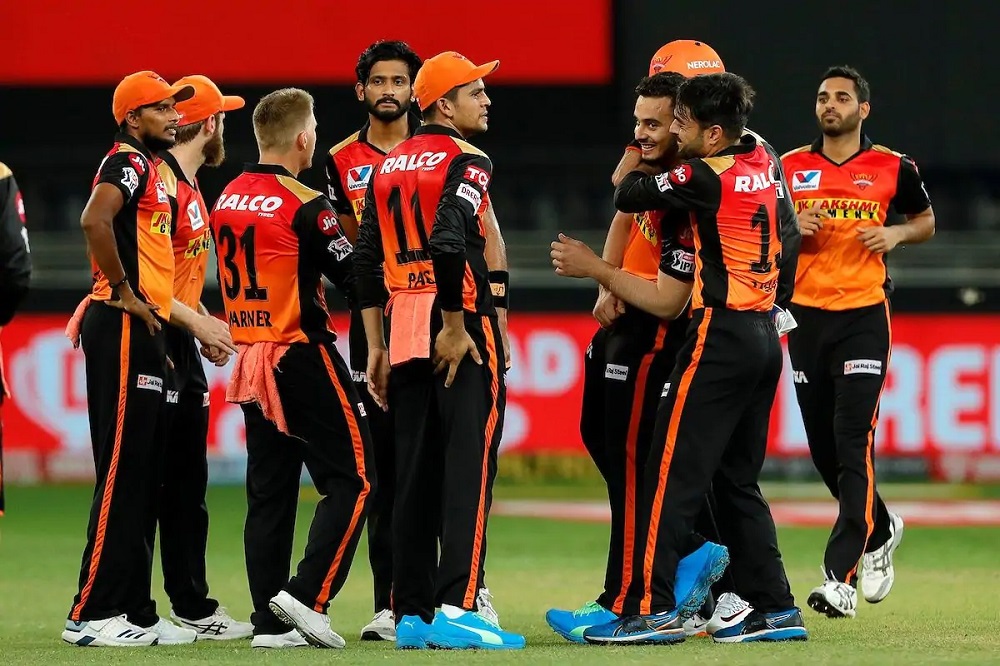 As we entered the third week of IPL 2020, Sunrisers Hyderabad showed an exceptional performance against Kings XI Punjab. It was matchday 22 as both the teams were playing their 6th game of the tournament. Sunrisers Hyderabad had won 2 matches till now, whereas KXIP had won only 1 match, i.e., against Royal Challengers Bangalore. Both of them needed a win if they wanted to keep their hope of qualifying for the playoffs in the tournament alive. So, the teams were all set to lock horns with each other in a terrific match that was being played in Dubai.

The match began as Sunrisers Hyderabad won the toss and opted to bat first. As a result, their opening duo David Warner and Jonny Bairstow, came to the crease. It seemed like both of them had already decided that they will be going for big hits from the start of the innings. They scored 58 without any loss of a wicket in the powerplay itself. The duo seemed determined to break their previous record of the highest opening partnership of 185 (against RCB). However, that did not happen as David Warner (52 in 40) got out in the 16th over 160. Just 2 balls later, Bishnoi also dismissed Bairstow (97 in 55), who failed to complete his century.

After that came Manish Pandey and Abdul Samad as Warner wanted them to go for the big shots. Since only 4 overs were left and Hyderabad was at 161-2, the skipper wanted to set a 200+ target minimum. However, Punjab had different plans as Arshdeep Singh dismissed Manish Pandey (1 in 2) in the 17th over. Then, in the 18th, 19th, and 20th over Abdul Samad (8 in 7), Priyam Garg (0 in 1), and Abhishek Sharma (12 in 6) also got out. Even then, Williamson’s 20 off just 10 balls helped SRH to reach a whopping total of 201-6 in their 20-over innings. Now, KXIP had to somehow chase 202 runs in the second innings, and everyone was hoping KL Rahul and Mayank Agarwal to step up.

KL Rahul and Mayank Agarwal opened the innings for KXIP as the Punjab side desperately needed a win in this game. They started well as they got 9 runs in the first over itself. However, in the 2nd over, Rahul got Mayank Agarwal (9 in 6) runout after poor communication from the former’s side. After that came PrabhSimran Singh. Simran (11 in 8) was smashing fours until he got out in the 5th over. Soon enough, in the 7th over, the KXIP skipper Rahul (11 in 16) also got dismissed. Then came Nicholas Pooran and Glenn Maxwell to revive the Punjab fans’ hopes. However, in the 11th over, Priyam Garg dismissed Glenn Maxwell (7 in 12) with a brilliant runout.

Soon after, Maxwell, Mandeep Singh (6 in 6), and Mujeeb Ur Rahman (1 in 3) also got out in the 13th and 14th over, respectively. Even then, Pooran was not ready to give up. He was smashing the SRH bowlers left and right to keep his side’s hopes alive. But, Rashid Khan crushed the dreams of KXIP. He sent Nicholas Pooran (77 in 37) back to the pavilion in the 15th over. Then, he also dismissed Shami (0 in 1) on the very next ball. After that, Punjab just fell as Natarajan dismissed Cottrell (0 in 2) and Arshdeep (0 in 3) in the 17th over. With that, KXIP got all out at a score of just 132 in 16.5 overs. This was their lowest total till now in IPL 2020. They had lost by a disastrous 69 runs.

Jonny Bairstow is adjudged the Man of the Match for his outstanding innings of 97 off 55 deliveries 👏👏#Dream11IPL pic.twitter.com/38tPJw1BaD

Who became the Man of the Match?

Jonny Bairstow was recognized as the Man of the Match for his classic knock of 97 in just 55 balls. The 31-year old failed to score a century but played an excellent innings to lead his side to victory. On the other hand, Rashid Khan also impressed everyone once again with 12 runs with 3 wickets. The SRH skipper David Warner was pleased with his team’s performance. With this win, they had risen to the third position at the points table with a net run rate of +0.232. On the contrary, KXIP is still at the bottom with only 1 victory. They need to win all their upcoming games as they face KKR in their next fixture, whereas SRH will be facing RR on Sunday.