Tadej Pogačar Titled As The Winner Of Tour De France 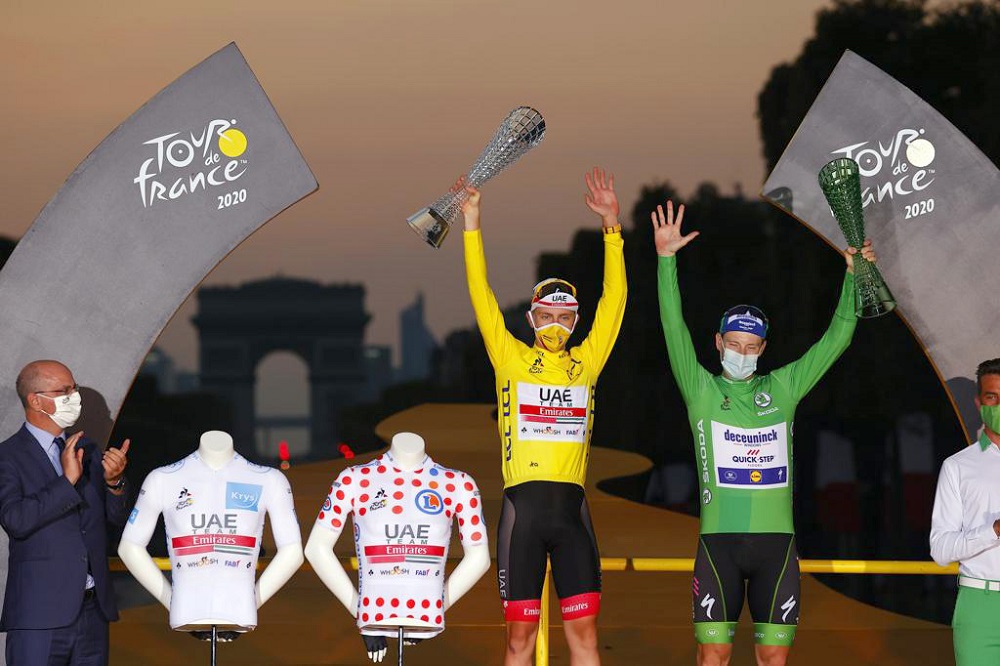 Tadej Pogačar titled as the winner of Tour de France.

On Sunday, Tadej Pogačar won the Tour de France being the first Slovenian to do so. He is the youngest to win the World Tour race when he won the Tour of California in 2019 when he was only 20 years old. In 1904, Henri Comet was the youngest to win Tour de France when he was 20 years old. Pogacar is a part of the UAE Emirates Rider and has taken home the yellow jersey. He also won the polka dot jersey for mountain classification and white jersey for being the Best Rider under 25 years of age. He overtook the Slovenian rider Primoz Roglic who secured second place and Richie Porte being third.

Everything you need to know about the Tour de France:

During the Saturday race, Pogacar overtook Roglic by almost 2 minutes. He won the yellow jersey for the final race, and after winning the race, during an interview, he said that he could not believe he had won and thanked everyone for cheering him throughout. Pogacar draped the national flag of his country with the Slovenian President, and Anne Hidalgo, the mayor of Paris, stood beside him while he received the award. His victory bought 623,930 euros to his team’s pocket.

This tournament had a dramatic turn with Pogacar taking an overall lead over Primoz Roglic. Roglic plays for team Jumbo-Visma and ranks number 1 at UCI World ranking as a road cyclist. The event was initially scheduled to be held in July but was postponed due to the pandemic. The event was rescheduled after Emmanuel Macron, the President of France, gave the green light to conduct the event under strict pandemic guidelines.

Who is Tadej Pogacar?

Born on 21st September 1998, Tadej Pogacar was coached by Andrej Hauptman, who is a Road World Championship medalist. The 22-year old has a contract with the UAE team until 2023. Born to Mirko Pogacar and Marjeta Pogacar at Slovenia, he started by winning the junior championship. Hauptman saw Pogacar during a race in 2011 when he saw his speed and his determination leaving everyone behind. He saw great potential in Pogacar, after which he started training him. Tour de France first began in 1903 and is held in France and nearby countries. Around 22 teams are participating in the competition with eight riders in each group. Every year the route changes and keeps on changing between clockwise and counter-clockwise circuits. Sam Bennett, the Irish cyclist, won the final and grabbed the green jersey this year.