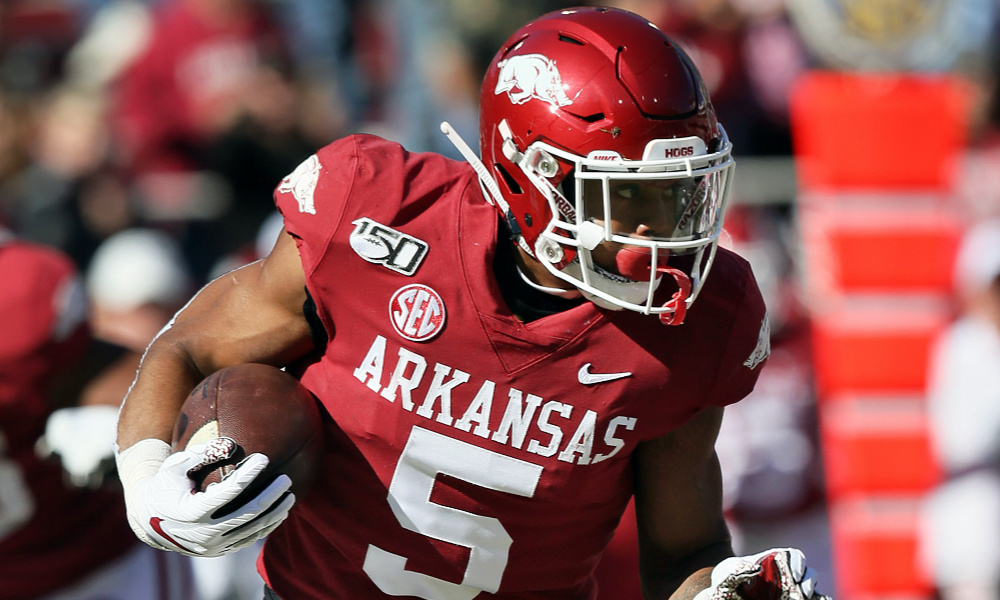 With the current year and everything happening inside it, any kind of normalcy is of enormous value. The effect this pandemic is having on us is unprecedented and new. However, sports, which make so many of us feel normal, is slowly but steadily reviving. Football is a religion in the United States, and college football is the first step towards conversion. College football is and always has been an integral part of the American Way of Life. With that way of life almost coming to a standstill due to the covid-19 outbreak, it is no understatement that the sudden halt to college football has sent many fans astray. Sports leagues are now reviving, however. With everybody getting excited about the new season, we bring you the complete 2020 schedule of the Arkansas Razorbacks.

September 26 – The Day It All Begins

The new season for the Hogs under their old coach and friend Sam Pittman begins on September 26. Arkansas Razorbacks host Georgia in their first game of the season. The Bulldogs are worthy opponents, and the hogs will have to be at their best to get the points from their first home game season. The next two games are away from home for the ‘backs as they’ll play at Mississippi State and Auburn on 3rd October and 10th October. After an away from their home, the Hogs return to comfort hosting Missourians from a different part of town, Ole Miss, on October 17th. The Hogs then take a trip to Texas before hosting Tennessee and then going away again to Florida. The matches take place on 17th October, 31st October, and 7th November, respectively.

The next game of the schedule will attract a lot of eyeballs as the ‘backs host their rivals LSU. Even though the rivalry will not be as deadly without the stadium’s fans, it is sure to be an exciting game. After hosting LSU, the Hogs travel for their last away game at Missouri. The last home game will see a visit from Alabama.

What Should We Expect From The Hogs This Season?

After a humiliating 19-20 in the SEC West for the Razorbacks, the Hogs will be more than ready to prove their mettle. With Sam Pittman getting appointed as the head coach for the Arkansas Razorbacks, the team looks more ready than they were last season. Mason Jones proved to be their best player last season, bagging 20+ points for the Hogs last season. The Hogs will want their best man to perform again under the new appointment of Sam Pittman. Sam Pittman is sure to bring in the offensive experience that he gained at the University of Georgia before driving all the way to Arkansas. Pittman’s offensive style of play and the team’s desire to rise above their failure from last season is sure to give the fans something to look forward to.

The season is set, and the fans are ready. How will the Razorbacks perform under the re-appointment of their manager Sam Pittman?