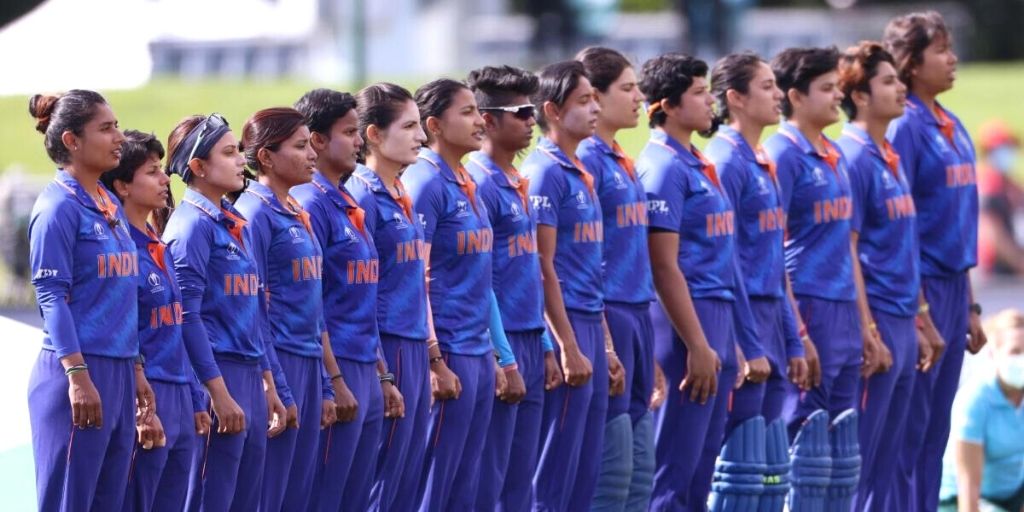 The pay gap instilled for men and women in Indian cricket has again made the news of late. It was due to New Zealand Cricket’s (NZC) historic move towards equal pay for all cricketers, regardless of gender. It will see both male and female players earn the same fee for both international and domestic matches. Besides, it marks the first time such a decision has taken place in the game of cricket. A 5-year deal is in place starting on August 1. Notably, the NZC earned plenty of plaudits for this pioneering stance. Also, both the men’s and women’s captains reacted to the news. It will help build a legacy and support the current and future crop of players, as per the Black Caps skipper, Kane Williamson. Besides, the White Ferns’ influential captain, Sophie Devine, believes this step forward will be a big drawcard for the younger generation.

However, Indian cricket still sees a vast pay gap between men and women cricket stars. Furthermore, the recently concluded e-auction for the men’s IPL media rights highlighted the disparity. Nevertheless, here we’ll look at the issue and the possible solutions. The BCCI had a gist of the matter in the 2020 women’s T20 WC final. In that match, the Indian women faced off against Australia, the host nation. The Aussies won that game by a large margin to secure their fifth title in the event.

The MCG hosted the final in a record crowd in women’s cricket. But, an off-field matter was the bigger talking point of the match. Ahead of the final, CA declared they’ll make sure their women’s team earn the same amount as the men’s. Staying true to their words, it became a first-of-its-kind move in the game of cricket.

Can the BCCI replicate it or maybe even do better to reduce the pay gap in Indian Cricket?

The answer is not as simple as the question sounds. The BCCI is head and shoulders above any other board of cricket in terms of money. However, it brings the extra leverage of giving it back to the players. And the men in blue hold the lion’s share of that queue. It is the first hurdle the BCCI need to cross. Moreover, one of the stars of the female side, Smriti Mandhana, also has a similar take on the matter.

In 2020, she said she gets the reason for the pay gap in Indian cricket. Her reason for the same was that men’s cricket generates most of the revenue for the BCCI. Furthermore, she believes that her team’s focus lies in winning matches for India. However, she also said she’d be the first to talk about equal pay as soon as the women’s team starts getting the revenue in. Mandhana reiterated that putting on good displays is the only for that to happen.

This line of thought very much pleased the BCCI. It also earned her plenty of plaudits from the fans. However, if it’s the right approach is debatable. The pay deal of the Aussie women came to fruition because of their unity. Besides, the men’s team too joined them in the effort. Does Australian women’s cricket generate revenue at par with their male counterparts? Not at all. So, were they wrong to appeal for equal pay from CA? Also no. The men and women of the game came together for a reasonable cause. Just the way it should be. The result? The biggest pay rise in any female sport in Australia.

Is a similar approach the need of the hour?

It must be noteworthy here that the Australian Cricketers Association also helped the cause. However, this is something that the women in Blue cannot rely upon. The Indian version of the same only comprises ex-players. It will not let the current crop’s voices resonate strongly enough against the BCCI. Nevertheless, one more factor that helped the Aussie women is the popularity of the women’s game in the country. It is where the BCCI needs to look for reforms. A crack at this case would surely lead to higher revenues from the females. So why not find a way to give them what they more than deserve. Moreover, this is not the player’s job to look for revenue formations. The board must take steps to ease the burden.

As per the current scheme, the BCCI pays 26% of its revenue to all the players. The men get 13% of that share while the women receive just the 2.7%. Notably, there was a pay raise back in 2017. But, it was nowhere good enough to reduce the gap. The country’s top-level female cricketers earn much lower than the bottom category of players on the men’s side.

Furthermore, there is a host of other income for the men in Blue. The gap is too large to get rid of all of a sudden. However, some ways could lead to a lower pay gap in Indian cricket. In this article, we bring to your notice a few steps that could help the cause.

We are out to hit the nail on the head right away. The scope that a women’s IPL could bring is limitless. Just ask Sophie Devine about it. She also believes it’s the next big step for the Women in Blue. And we agree with her on that. The Women’s T20 Challenge is a good step forward. However, their game is in need of a firmer step ahead.

And the most significant outcome will be an air of security for the women cricketers of India. They will be financially backed and far more so mentally. Besides, the vast talent pool will get their chances in the best of conditions. Besides, the IPL will help reignite the euphoria for the female sport among the fans. The broadcasters need to show the same intent as they do for the other gender. This will pave the way for the younger generations to want to play for India. The BCCI has also said that 2023 could be the year for the inaugural women’s IPL. Hopefully, they stick true to their words just like CA.

In today’s era, one of the go-to modes of earnings for any athlete is the media. Be it ads or even biopics, you will always find a male cricketer involved. However, the female cricketers also deserve the same push by the numerous labels. They need to be projected like the icons they are in front of the nation. The pay gap in Indian Cricket will need some time to take care of. Nevertheless, media is as fast as it gets with the advent of the internet. It should be a no-brainer to put it into use to enhance their paycheck.

Notably, a Mithali Raj biopic is on the way on July 15. It promises to show the struggles that a women cricketer faces in this cricket-mad country. Nevertheless, there’s no reason there cannot be a household brand of a female cricketer like Virat Kohli’s One8.

The quality is showcased time and again by the Women in Blue. However, the quantity of such shows is in dire need of an increase. The number of matches a lady cricketer plays in a calendar year is a drop in the ocean compared to the men’s circuit. Besides, the women’s matches must not get aligned alongside the men’s. That will never serve its purpose. Instead, the male cricketers could be given rest time from the jam-packed calendar and let the women’s cricket flourish slow but steady. The cricket-mad Indian fans will be bound to witness the talent there is in their country. Such a move could benefit the game as a whole in the country. And more importantly, it’ll help reduce the pay gap in Indian Cricket. However, you’ll just need to make sure that your cheer reaches our women on the field.