Tommy Pham To Undergo Surgery After The Stabbing Incident 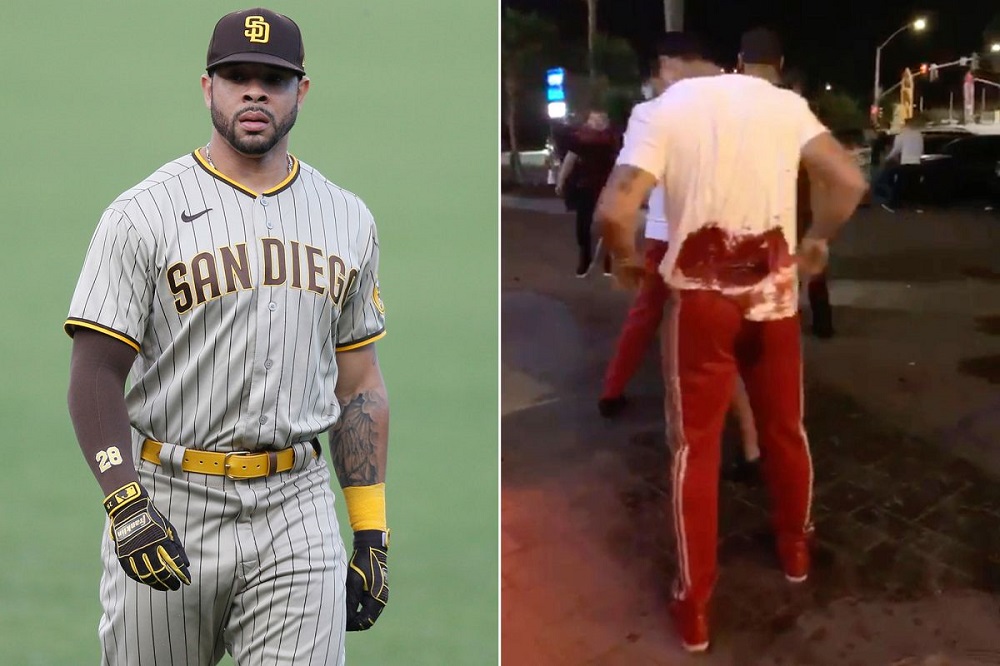 The baseball outfielder of San Diego Padres, Thomas James Pham, better known as Tommy Pham was recently stabbed by someone outside a strip club. The incident happened on Sunday and Tommy says that he does not identify the attackers. People who came out as witnesses told the police that after Tommy came out of the club, there was an argument between both the parties after which he was attacked and they ran away. The San Diego police came forward to help him and took him to the hospital. He stated that the security and the medical staff helped him a lot by taking care of him throughout.

The incident was traumatic but he promised to return to training quickly. The police department is still searching for the suspects. The hospital reported that he was stabbed in the lower back and fortunately there was no damage to any internal organs and he is currently recovering. Videos of the incident have started circulating in the social media. The player had to undergo surgery and received stitches as the knife cut-off around three layers of skin. There were no life-threatening consequences and he is currently healing. After they remove the stitches and the wound is completely healed, he can go back to his regular training routine/ Tommy plays for San Diego Padres as a baseball outfielder.

Who is Tommy Pham?

Born on 8th March, 1988 in Nevada. He was born to Tawana and Anhtuan who were teenage parents and he also had a twin sister named Brittany. His father used to play American football and was excellent at it but unfortunately was shot by a police officer when he was caught stealing at a supermarket. He was also into drugs and crimes which made it more difficult for the family to fight for justice. As a child, he had to wear leg braces as they suspected him of contracting rickets. He started playing baseball in high school. He was then inducted to Arizona College to play for their college team but decided to go professional instead.

In 2006, St. Louis Cardinals signed him for $325,000 dollars which was the highest amongst the other players who were drafted in the 16th round. In 2018, he was traded to Tampa Bay Rays. During his career, he has been injured several times. After signing with the Rays, in 2019 he hit his first-ever Grand Slam. In December 2019, he went to join San Diego Padres where he was traded in exchange for Hunter Renfroe. He also has a vision problem called keratoconus and had to start wearing contact lenses for better visibility. In the month of July, he was also tested positive for coronavirus. With 82 home runs, he has been named the Most Valuable Player several times to date.