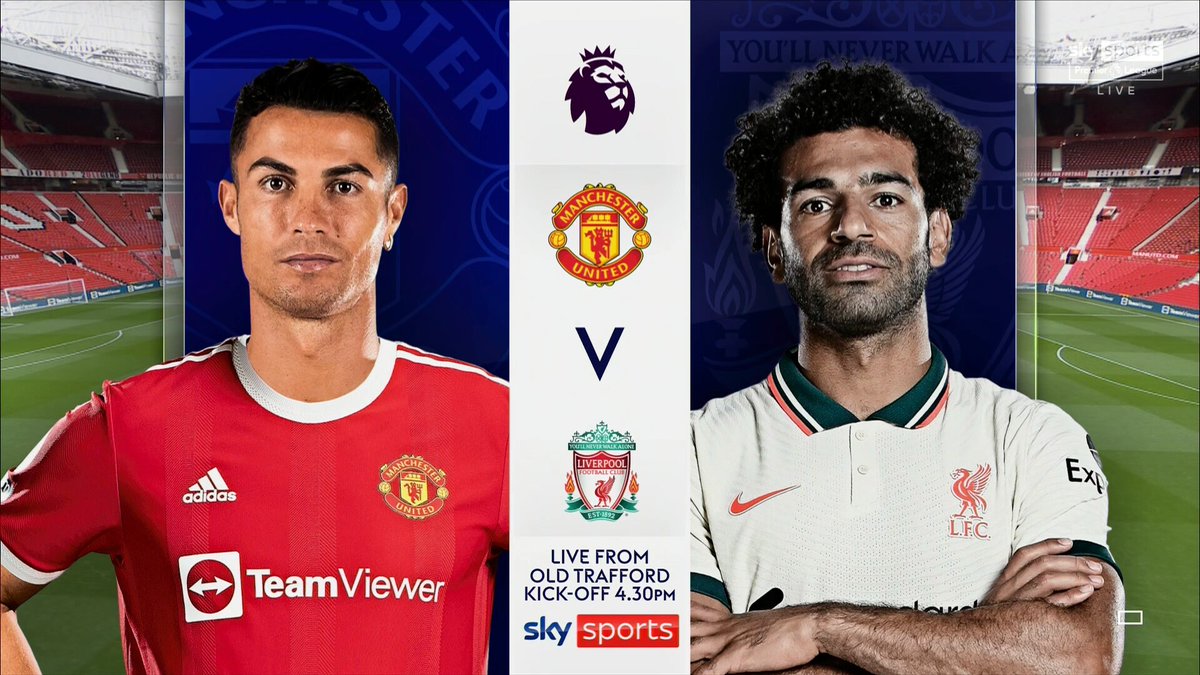 What defines a rivalry? Is it the football? Is it the hatred amongst fans? Or is it the brawls? We think a mixture of it all makes a rivalry perfect. Often the most interesting and widely revered rivalries are the ones which involve the most hatred. People love to see the drama. And, of course, a great advert for football as well. Derbies often have red cards just flying around. Tackles all over the place, moments of magic followed by pure chaos, and all of it is magical. And that’s what makes this sport so special. Now, here’s a list of the Top 10 Rivalries in Football.

The rivalry between the two biggest and the most successful clubs in England. And two of the biggest clubs in the World. Rivalry fueled by the hatred amongst fans of the belonging regions. Their historic and economic rivalry. And fueled by the desire to win. Both of the teams have seen a period of dominance over the land of England. And the matches are as heated as they can get. And they put out a great showcase of football. With star players all over the pitch. Liverpool vs. Manchester United is box office entertainment, and the world of football is glued to their screens whenever these two teams play each other. And they rank 10th on this list of Top 10 Biggest Rivalries in Football.

They are going to face each other on the 20th you can watch it on Hotstar.

A derby between arguably the two biggest clubs in Africa and the biggest in Egypt. It tends to get very heated and violent. The fans of both clubs are very passionate about their teams and act in anger and hatred towards the other. Such as, a match in the 1971-72 season with a case of violence caused the match and ultimately the whole season to be called off. Numerous fights, injuries, and deaths have been reported before matters became more controlled due to Egypt’s authoritarian regime.

Yet many fights and riots still occur after derby matches between both sets of fans, leading the government to post even higher numbers of Central Security Forces troops in the stadium during the derby. The number of fights has increased with the increasing popularity of the “ultras” movement. The team that wins during their meeting more often than not wins the Egypt Cup, and the one with the higher aggregate score wins the Egyptian Premier League. The teams facing off is a mouth-watering prospect, and they rank 9th on this list of Top 10 Biggest Rivalries in Football.

The most iconic rivalry in Brazil. It is played between the city rivals Flamengo and Fluminense. This match is played at the iconic Macarena stadium. It is one of the oldest rivalries in football. This rivalry consists of everything: red cards, brawls, and a whole lot of history. A fixture that recorded the highest attendance in a football match ever with a mind-blowing 194,603, a record which will never ever be broken. This ranks 8th on this list of Top 10 Biggest Rivalries in Football.

The fiercest one in German football. Schalke and Dortmund are neighbor clubs and are fierce rivals. The fanbases loathe each other. It is the most looked forward to derby in German Football. Schalke used to be the top dog in this derby. But they have fallen off and did get relegated last season. Dortmund has had the upper hand over the last few seasons. Schalke fans will be hoping it changes soon.

A legendary fixture of two teams that share a stadium. Two of the biggest teams in Italy. Clubs that have great history and pedigree. And have been so legendary. A fixture that is a hallmark in Italian Football. Furthermore, it is a worldwide anticipated fixture. A fixture where both teams give it they’re all for bragging rights. Fights, riots, and whatnot, this legendary match has seen it all. Legends wherever you look. A truly great advert of the beautiful game.

Derby of The Eternal Enemies

The biggest, fiercest rivalry in Greece. It is one of the most revered games in football worldwide. And this rivalry goes way beyond football. This rivalry stems from the cultural and political differences of the people in the areas. Red cards and tackles were flying all around. It makes up for a great spectacle.

This rivalry goes way beyond just football. It is as fierce as it can get. It transcends into the rivalry between the cities Amsterdam and Rotterdam. Since the 70s, there have been many clashes between the supporters of both clubs, of which Beverwijk in 1997 was infamous. One Ajax fan, Carlo Picornie, was beaten to death by rival supporters, triggering more strict policies from the Dutch football association KNVB to tackle hooliganism. As a result of the incident, the two Klassiekers in 1997/98 were played without away fans. And there have been many more incidents since. It tends to get very ugly.

As big a game as it can get. Legends everywhere. The biggest advert of football. Although it isn’t as legendary as it was, but it’s still one of the biggest fixtures in football. Not many fixtures are bigger than this. A rivalry like no other. It has everything: red cards, tackles, fights, charisma, and some spectacular goals.

Another one from the UK. The fiercest rivalry in the area. Scotland’s two most successful clubs. It gets very intense whenever they meet. And as good as it can get. An important date in the football calendar. Both sets of supporters are very, very passionate about their clubs. It makes the fixture special. A great watch.