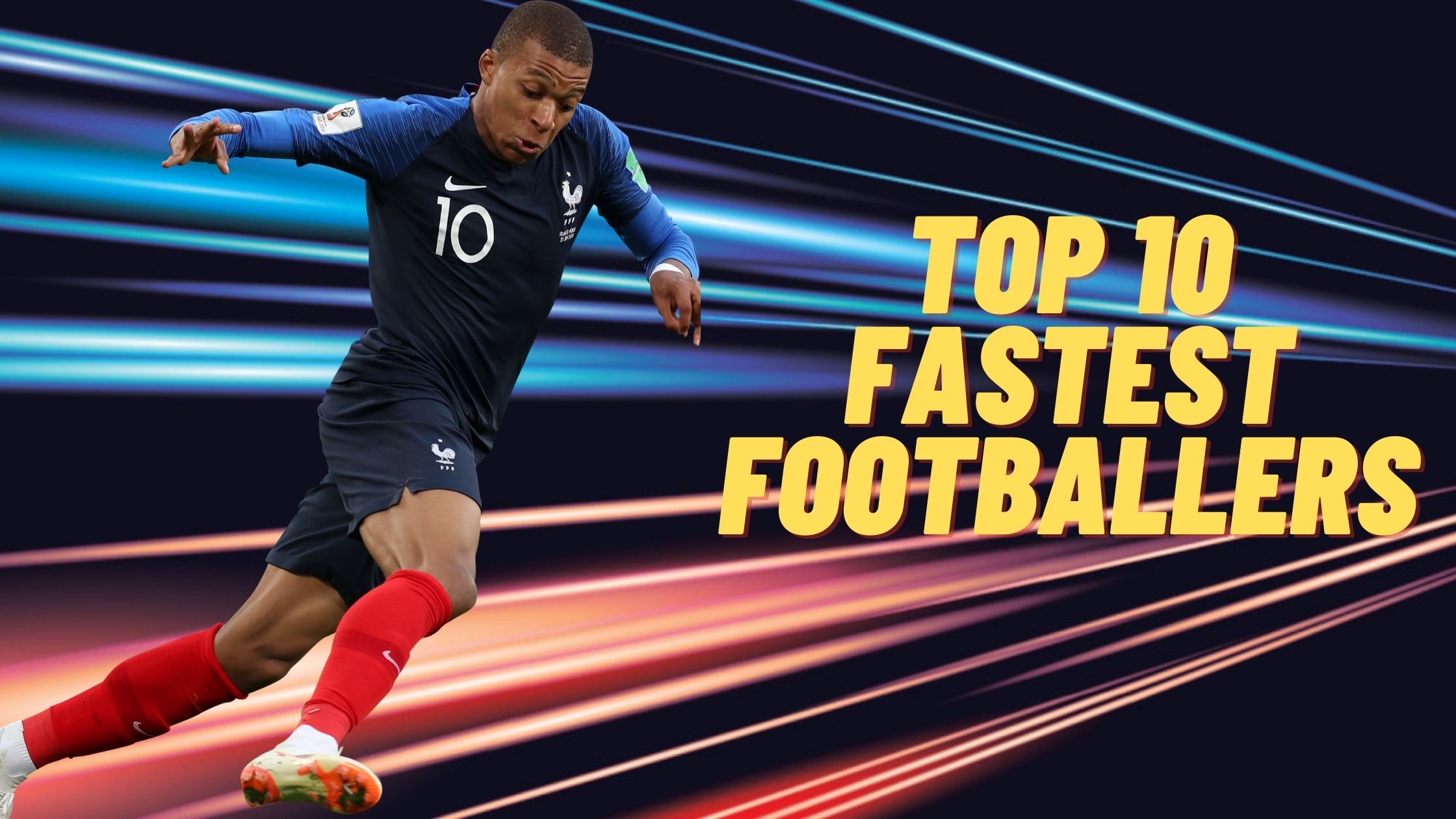 With the popularization of counter-attacking football, the need for fast and nimble players who could outrun the defenders became necessary. This gave rise to players who are extremely fast on their feet and possess the ability to leave the defenders tasting their dirt. The marauding runs of these players often lead to deadly attack combinations which are almost crucial for any dominating side today. Additionally, these fast-paced sprinters are not only useful while attacking, but their ability to track back and provide goal-saving tackles has proven to be a blessing to the team and fans alike. Nonetheless, these sprinters are always a joy to watch rip and tear through the defense or save the day with their trackback tackles. Here are the top 10 fastest sprinters in world football.

We start off our list with Manchester City’s Kyle Walker. Currently one of the fastest right-backs in world football, Walker’s speed is terrifyingly impressive. Fellow speedsters, Mbappe and Trent-Alexander Arnold have both described him as a “tank”. It is mainly owed to the sheer speed combined with the raw power he brings to the encounter. Kyle Walker has saved his team numerous times with those match-saving tackles, and he places 10th on our list of the top 10 fastest sprinters in world football today.

The ‘machine’ Erling Haaland graces us with the 9th spot on our list. Clocking in a speed of 36.04 km/h, it is a terrifying sight for defenders to watch Haaland rampage through the defense and score past everybody. The feat is especially impressive for the fact that a player of his size, standing in at 6 ft 4 in tall, the 21-year-old finds it incredibly easy to impact the game in such a manner. Erling Haaland owing to his speed and skill is one of the most sought-after strikers in the world right now.

One of the fastest players in RB Leipzig, Ibrahima Konate joined Liverpool in 2021. The fact that Jurgen Klopp’s Liverpool prefers a high defense line because of their “gegenpressing”, Konate’s ability and pace to track back suits the criteria perfectly. This allows the Liverpool team some sense of security, as playing a high line can often lead to blistering counterattacks. Luckily if you have a player like Konate on your side, you can rest a bit easily. Clocking in at an impressive 36.20 km/h, Ibrahima Konate is 8th on our list of top 10 fastest sprinters in football.

Achraf Hakimi, who is now plying his trade at Paris Saint Germain, is a nightmare for defenders. Being a right-back himself, his marauding runs on the fringes often leave the defenders tasting dirt. His time at Borrusia Dortmund was preferably memorable since he broke his own Bundesliga speed record in a match against Union Berlin in 2020. Hakimi’s dynamic style of play and pace to outrun most players place him 7th on our list.

The Canadian-born Alphonso Davies is no slouch when it comes to outpacing defenders and putting in a valuable cross. His explosive runs are seldom caught on and any team who lacks the proper speed is sure to fall into its speed trap. His top speed was clocked in a match against Werder Bremen on June 16, 2020. However, this turned out to be a record-breaking speed in Bundesliga, when he broke Achraf’s Hakimi’s previous record. Davies’ record-breaking speed places him just below Hakimi on our list.

Adama Traore’s powerful and pacy sprints on the wings are a joy to watch. The entertaining aspects aside, his rampaging runs often strike fear in the hearts of defenders and opposing fans alike. An amazing combination of power and speed makes Adama Traore an individual to be afraid of in a football duel. His time with Wolverhampton Wanderers was nothing short of impressive owing to the blistering runs through the defenders. Now, on a loan at Barcelona and paired with Aubameyang, who is no stranger in the speed department, Barcelona has a terrifying attacking duo on their hands. Clocking in at 36.60 km/h, Adama Traore is 5th on our list of top 10 fastest sprinters in the football world today.

The Egyptian magician, Mohamed Salah has been integral for Liverpool since the day he joined them. He is currently one of the centerpieces of the Liverpool attack. His blistering pace coupled with his impeccable footwork often leaves the defenders bamboozled. Clocking in an amazing 36.60 km/h speed, his nimble foot coupled with breakneck speed is a manager’s dream and opposition’s nightmare. Jurgen Klopp struck gold with this signing. Salah has since massively turned around his career after a shaky start with Chelsea. His pace puts him at 4th on our list of fastest sprinters in football.

Recently, Antonio Rudiger was recorded by Opta, with the highest speed in Premier League, beating the likes of Salah and Traore. Antonio Rudiger of Chelsea plays at the center back position. As Thomas Tuchel described his pace is one of the best assets of the defender. He clocked in a massive 36.70 km/h in a match against Brighton this season. He places 3rd on our list of top 10 fastest sprinters in football.

In his prime, Gareth Bale would leave defenders behind and by the time they reacted, he was already celebrating the goal. Bale started off his career as a left-back. However, soon transitioned to one of the best left-wingers of the generation. His maximum speed of a massive 36.90 km/h is a sight to behold. Nobody could forget his run against Barcelona in the Copa del Rey, 2014 when he left Marc Batra embarrassed. An absolute legend in the speed department, Bale comes in 2nd on our list.

Kylian Mbappe is currently the fastest football player in football today. Clocking in an incredible 38 km/h, Mbappe’s superhuman speed was in full display in the 2022 FIFA World Cup. His speeding run broke through Argentina’s defense and eventually helped France win the World Cup. Nobody at the time had an answer for his speed and even today. Many defenders find it incredibly difficult to defend against him. With Real Madrid supposedly looking to sign him this summer for a free transfer, Kylian Mbappe brilliantly leads our list and certainly has an exciting future to look forward to.