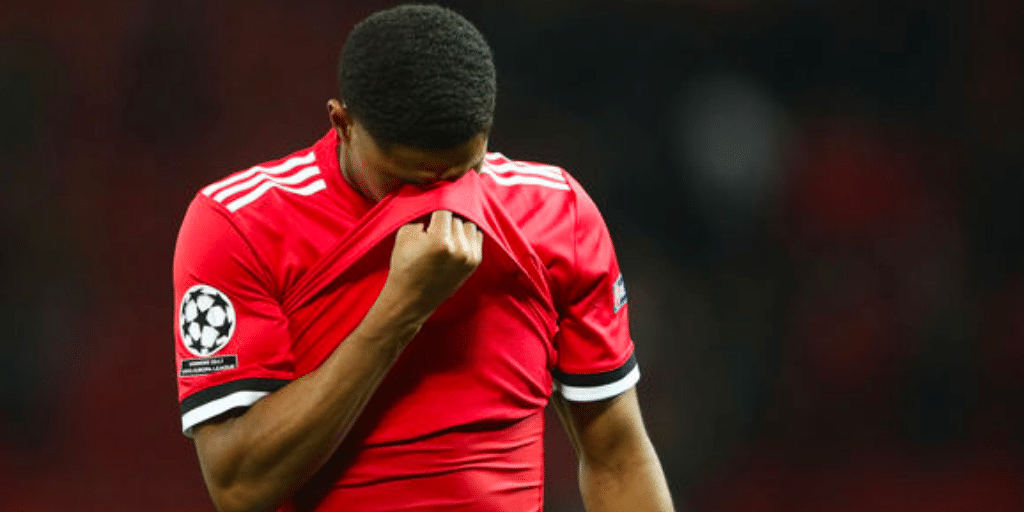 Manchester United formerly known as Newton Heath LYR FC was founded in 1878 and joined the league in 1892. Since then, the club has been a traditional heavyweight in English football. The Red Devils are one of the most successful teams in the premier league, having won 20 EPL titles, 12 FA Cups, and a record 21 Community Shields. They were one of the first teams to win the European treble in 1999. However, in recent years the glory days of United have been cut short by a host of staggering defeats. During Fergie’s time at Old Trafford, United was notorious for its never-say-die spirit. United has pulled back games with an astonishing result. However, bad management and constant chipping and chopping of the squad have made things worst for United. This has seen a lot of players leaving the club. Some of the noted names include the likes of Falcao, Di Maria, etc. United has been slipping down a dangerous path. One of the recent defeats was against Middlesbrough. It threw United out of the FA Cup in the fourth round only. This post will cover the top 10 embarrassing Manchester United defeats.

It is considered one of the fiercest rivalries in English football. However, recent performances of Liverpool have wreaked havoc on the Red Devils. It is one of the most embarrassing Manchester united defeats, in the 2021-22 season, the Red Devils were routed fair and square in Anfield. Liverpool outclassed United in this match to jump to the top of the table. The Red Devils were again stuck with the problem of reshuffling the players. Liverpool kept the pressure and soon doubled their lead. The icing on the cake was done by Sadio Mane, L.Diaz, & Mo Salah.

The return of Jose Mourinho to Old Trafford saw Tottenham thrash United in their backyard. Although Bruno Fernandez started the proceedings for United in the 2nd minute itself, the duo of Son and Kane pulled back things for the visitors. Tanguy Ndombele and Serge Aurier also found the net at the fag end of the match. This defeat of Manchester United coincided with the defeat at the hands of the city in 2011 at Old Trafford. Here, again the goals were conceded due to the defensive mistakes of united during the match. Manchester was also a man down during the first half itself, with Anthony martial getting a red card at the 28th minute.

The Manchester derby is always a much anticipated and high octane match from the beginning. Yet, things turned out to be different when they played against their “noisy neighbours”. This was the first time since 1930 when united had leaked 6 goals at Old Trafford. This also happens to be one of the heaviest defeats of Manchester united in 56 years. That time also, City had won the match 5-0. Mario Balotelli opened the scoring for the Citizens with his double strikes on the goal while Aguero added a third. On the other hand, Fletcher opened the scoring for United in the second half. Nevertheless, City struck again when a failed clearance of a corner led to Edin Dzeko converting with his knee. A minute later David Silva raced ahead and slotted the ball in between David de Gea’s leg to make the score 5-1. Dzeko then received one of the best passes of the match and finished the game for the blues with a scoreline of 6-1. This performance has been counted as one of the worst Manchester united defeats in their footballing history.

Jose Mourinho’s tumultuous return to Stamford Bridge saw united getting hammered in the stadium. This was a game of pure tactical genius. Antonio Conte who was a relatively new face in the footballing circuit applied a relatively defensive formation of 3-5-2. No team used to use this type of formation since it was popularised by Antonio Conte. This defensive orientation was a thorn in their counter-attacking style of play of Mourinho. Thus all the attacks of the united were foiled and Chelsea ran riot on Stamford bridge. The goal scorers of the match were Pedro, Gary Cahill, Eden Hazard and N’ Golo Kante.

In terms of the number of goals, this match might not be that significant. Nevertheless, it is one of the Manchester united defeats which tumbled their entire season’s campaign. Adding to that, United suffered this crushing defeat on their home ground. The only goal of the game came from the legs of Sylvain Wiltord, which helped the Gunners get crucial 3 points at the very end of the season. This helped them climb to the top of the table. However, things didn’t end here, as united one more place in the league table. On the same night, Liverpool defeated Blackburn Rovers which allowed them to climb to the second position. The third-place finish of united was considered one of the worst finishes of united under Fergusson during that time.

Heading into the clash against Fulham, most of the regular starters for United were on the injury list. Roy Hodgson’s Fulham took full advantage of the same. United’s first-choice goalkeeper Edwin Van de Saar was also not present. The keeping duties were handed over to Tomasz Kuszczak while at the back the defensive duties were done by Darren Fletcher, Ritchie De Laet, Carrick and Patrice Evra. Danny Murphy fired home the first goal at Craven Cottage to trail united by 1 goal. In the second half, both Bobby Zamora and Damien Duff scored 1 goal apiece to take the tally of goals to 3. This was one of the Manchester United defeats that they would like to put under the carpet.

It was the old man’s (Alex Fergusson’s) 70th birthday and united was to host the riverside in Old Trafford. Blackburn was sitting at the bottom of the table for the entire season. So, this game should have been a cakewalk for Manchester United given the form that they had. However, as unpredictable as the game of football is, things turned out to be wayward for the home side. The scoring for Blackburn began with the twin strikes of Yakubu. United managed to pull things back with the dual strikes of Dimitar Berbatov. This tied the score at 2-2. In the last 10 mins of the game, Grant Hanley then scored through a header to take the visitors to a win. Thus, what could have been a good gift to Fergusson on his birthday turned out to be a nightmare for him.

During this period, united was going through an entire process of restructuring and adding new players to the squad. The start of the season saw David Moyes leave Old Trafford. Nevertheless, many new faces joined the squad like Louis van Gaal, Radamel Falcao, Angel Di Maria and many more. The game started with a swashbuckling finish from Robin van Persie and Di Maria to put the Red devils 2-0 up, but, Leonardo Ulloa pulled one back for the foxes. A 57th-minute flick from Ander Herrera put united in a 3-1 sailing position. However, what happened was an absolute catastrophe.

Leicester got a penalty kick which was converted by David Nugent. Esteban Cambiasso and Jamie Vardy then piled up on the misery of United to make the score 4-3. The final goal of the match also came through a penalty as Tyler Blackett tripped Jamie Vardy and Ulloa converted the second spot-kick to hand over the Foxes a win at Old Trafford.

The experienced band of players that Middlesbrough had fielded led to a shocking upset at the Riverside stadium. Early in the match, Edwin van Der Sar slipped past a very easy goal of Gaizka Mendieta’s shot through his finger. A mistake on behalf of Rio Ferdinand allowed Jimmy Floyd Hasselbaink for a second. Yakubu Ayebeni and Mendeita then scored the 3rd and 4th goals. And yet, Ronaldo’s goal at the fag end of the match did not change the outcome of the match. This was one of the earliest chinks in the shiny armour that united had then. Flashing a full squad of talented footballers, the Red Devils lost against a paltry opposition.

This was one of the classic showdowns in the history of the Champions League finals. Both the teams had talismanic players in the form of Christiano Ronaldo and Lionel Messi. This match was the start of one of the classic rivalries in footballing history. Barcelona eventually won the game with goals from Samuel Eto’o and Lionel Messi in the opening half of the game only. Manchester United went into this game as defending champions of the title, the first since Juventus in 1997. This game was significant in many ways as united started losing its supremacy, little by little post this defeat in the champions league.