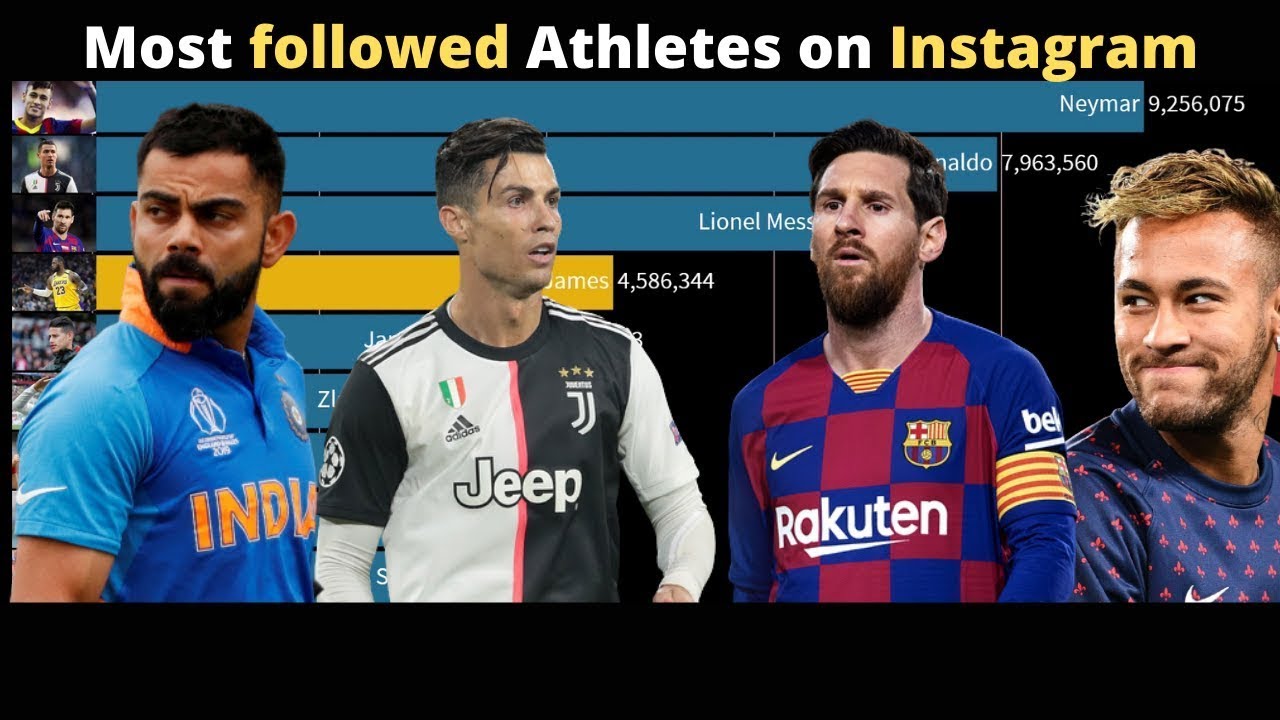 In today’s day and age, almost everyone is on social media. Top athletes on Instagram are probably one of the most viewed personalities. They are the biggest positive influencers on the planet, inspiring millions of new generations. People want to watch them, be like them, and achieve what those sporting personalities have achieved. These are the epitome of hard work and success. More often than not, these celebrities have led a life that many would like to follow. A life full of dedication and complete surrender to their craft. This is what makes them who they and that is why people love them. Top athletes are one of the rarest of breeds in their genre, and millions are trying to make it count every day.

Sporting personalities from football, basketball, and a few other global sports usually attract the majority audience. These sports have been leading the culture for many years now, and it appears it will stay like that. Greats like Ronaldo, Messi, LeBron James, and Steph Curry are role models and have been for so many years. For decades this culture has dominated people’s minds and is a path for the world to follow. Not many in the world have the power to do so, they really are the rarest of the rare.

Let us have a look at top athletes on Instagram.

Read More: Who is Neeraj Chopra Dating in 2021? All about athletes personal life

Marcelo, the famous footballer, makes the list of top athletes on Instagram. He is from Brazil and has represented the Brazilian national team for more than a decade now. On the club side, he is the most successful player for Real Madrid in terms of the number of trophies. Marcelo has been in Real Madrid since 2007 and has played for 15 years straight. He plays as a left-back and, during the majority of years, has been the best player in that position in the world.

This player doesn’t need any introduction and is one of the top athletes on Instagram. He has a following of 66 million followers. Ronaldinho has been regarded as one of the best footballers ever to live on this planet. A big reason why many decided to watch and follow football. The grace with which he plays football and the talent he had on the pitch were just unbelievable. Things he did on the field, nobody saw them doing before. That is why he was so lovable. Ronaldinho started his career in Brazil and eventually moved to Europe, where he became a superstar. Clearly a true gift of nature.

Not from football or basketball, Virat Kohli makes the list of top athletes on Instagram representing cricket. He hails from India, where cricket is more than a sport, it is a religion. In a country of more than 1.4 billion people, if anyone makes the cut above the rest, then kudos to Virat Kohli. He has a following of more than 206 million on Instagram, the highest among other Indian Athletes.

What more to say about Messi that has already been written. Lionel Messi had to be on the list of top athletes on Instagram. He is arguably the best football player in the history of the sport. With a following of more than 338 million, Messi is the second most followed sports personality in the world.

The Portuguese superstar Cristiano Ronaldo takes the number one position in the list of top athletes on Instagram. With a following of more than 454 million, he ranks number 1.

So these were the top athletes making the list, leading their way on social media.