Tottenham Crush Leeds United To Climb Up On Points Table 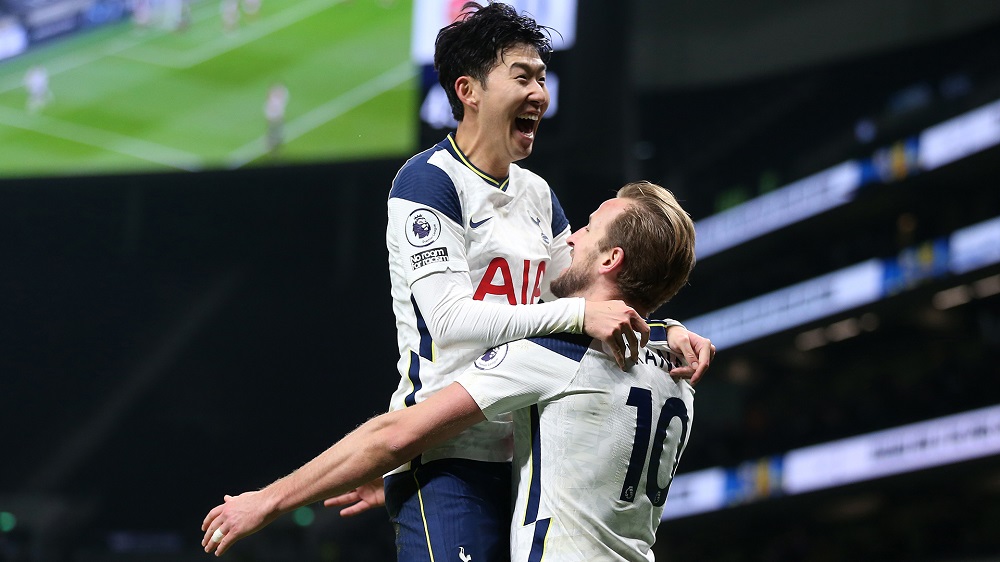 A still of Harry Kane (right) and Son Heung-min (left) celebrating after the latter doubled the lead for Tottenham.

Tottenham faced Leeds United in their 16th fixture yesterday. It was a chance for them to climb up on the points table. Tottenham was in the 6th position as they had won 7 matches, drawn 5, and lost 3. They had 26 points and with a win in this match, they would go straight up to the Top 3. On the other hand, Leeds United was in the 11th position with 23 points. They had won 7 matches, drawn 2, and lost 7. Consequently, with a victory over the Spurs, they could climb up to the 9th position in the points table. As a result, it was going to be a really interesting match as neither of the teams would like to settle for only one point.

The match began as Leeds United kicked off and they were looking to play a possession game. So, they were keeping the ball to themselves and passing calmly. However, Tottenham wasn’t the team to sit back and wait for a chance. They were pressing highly to steal the ball from their rivals. In fact, they were successful in doing so as they won a penalty in the 19th minute. Alioski fouled Bergwijn inside the box and gave away a penalty to the hosts. Harry Kane took the penalty and scored easily putting the ball into the back of the net in the center after Meslier dived towards the left. Consequently, now Tottenham had themselves a 1-goal lead.

However, this was not it for the hosts. They wanted more goals and as a result, they kept creating more and more chances. Finally, just before the half-time whistle, Son Heung-min scored the second goal for Tottenham. In the 43rd minute, Harry Kane put in a low cross inside the box as he saw the Korean forward running. Son immediately stroked the ball into the right-post to double the lead for his side. As a result, the score at the end of the first half was 2-0 in Tottenham’s favor.

📺 All of the goals from today's win against Leeds!

The second half began as Tottenham kicked off and now Leeds United was desperately looking for a goal. However, it was Tottenham who struck once again just 5 minutes into the second half. After a great corner from Son Heung-min, Toby Alderweireld got his name on the scoresheet after he headed the ball low into the back of the net. Meslier made a good attempt to keep it out but the ball went in with him. The VAR team confirmed the goal and now Tottenham was in a comfortable lead of three goals. Leeds United tried all they could but weren’t able to put even one goal past Jose Mourinho’s men.

As a result, the match ended as Tottenham had emerged victorious in a 3-0 victory over Bielsa’s men. With this, they had managed to climb to the 3rd position as they now have 29 points. They are 4 points short of Manchester United and Liverpool. Leeds United, on the other hand, moved down to the 12th position in the points table. Anyhow, both the teams will now be preparing for their upcoming matches. Tottenham will be up against Aston Villa whereas Leeds United will be locking heads with Brighton.