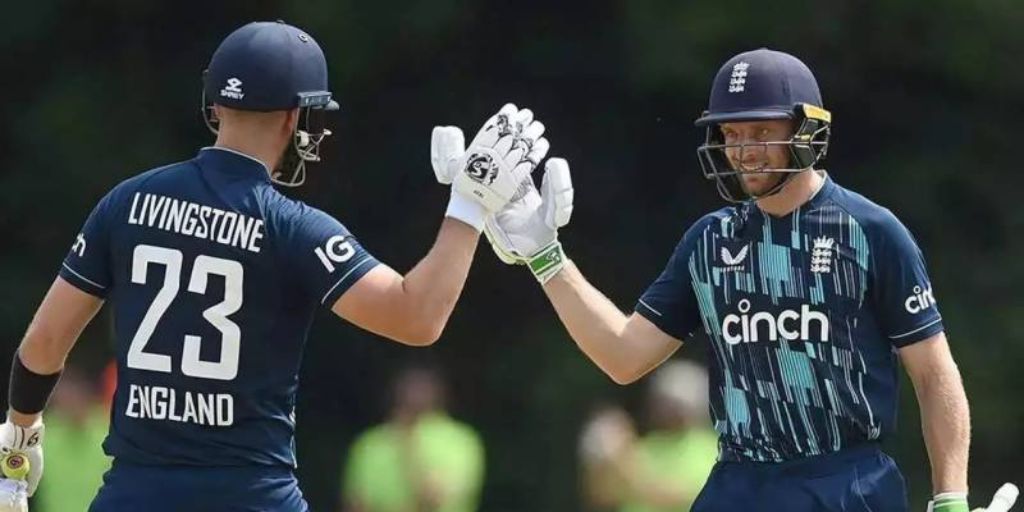 England has hit the world record ODI score in their match on Friday. They posted 498 runs on the board, breaking their previous record. Furthermore, it stands as the highest score in men’s List-A cricket. Also, three of their batters hit a ton in the match. They beat the Netherlands by 232 runs on their home ground. Besides, this now puts them 1-0 up in the three-match series. Notably, it got Matthew Mott’s reign, as England’s ODI coach, to a flying start.

Furthermore, the earlier record of 481 runs also belonged to England. Besides, the Aussies were on the losing end in the match played in 2018. Moreover, England also holds the third-highest ODI score with 444 runs.

Notably, the three lions recently won the Test series against NZ. Jonny Bairstow was the star of the show on that day. Also, it marked the start of McCullum’s run as the England Test coach. He’ll now look to secure a whitewash in the final test.

The Dutch put England in to bat in the first ODI on Friday. What followed was carnage from the English batters. However, they lost their first wicket with just one run on the board. By the time the second wicket fell, the scoreboard was at 223/2. Opening batter P.Salt bagged 122 runs off 93 balls. Furthermore, two other English batters also scored a ton each.

Jos Buttler then joined David Malan on the crease. Together they notched up a 184-run partnership. Buttler is in the form of his life, following on from the 2022 IPL. His innings of 162 had seven sixes and 14 fours in it. Also, he says that his team will try to reach the 500-run mark in the future. Notably, Buttler won the Orange Cap in this year’s IPL.

Besides, Malan played the anchor role in this partnership. His commanding 125 runs came in 109 balls. Eventually, Livingstone provided the final fireworks. He scored his fifty of just 17 balls. It marks the quickest half-century of any English batter in ODI cricket.

England needed 12 of the final two balls to reach the 500 mark. However, Livingstone could manage ten runs of those two balls, finishing the England innings at 498/4. Nevertheless, the score was enough to ensure that England hit the world record. Furthermore, the Dutch could only put 266 on the board in their run chase.