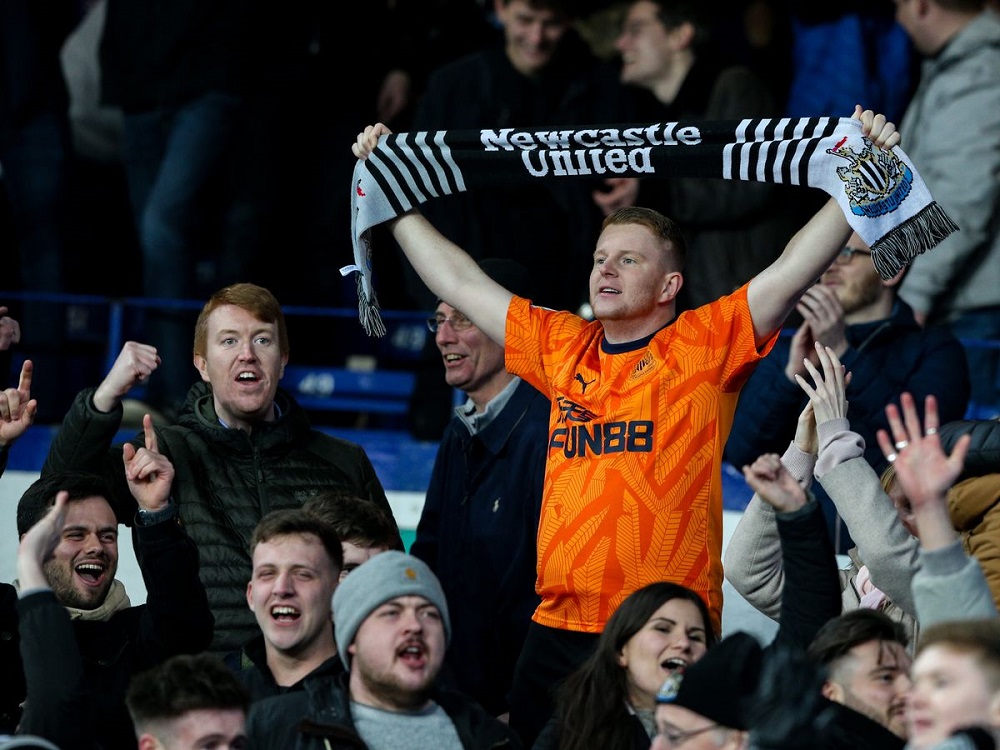 Premier League fans are boycotting the new Pay-Per-View system and are instead donating in charity.

Recently, Newcastle fans have been hitting the news after they raised more than €16,000 and gave it to charity. Premier League matches have begun and they said that it will not be available on television, instead everyone will have to buy a subscription for Sky Sports which costs up to €14.95. The pay-per-view system has disappointed many fans and they were not willing to pay for it. Newcastle fans came forward stating that they would rather pay for charity than buying the subscription. The audience had to get regular subscriptions for the channel and getting one seems a waste of money. Due to the pandemic, the tournaments are not getting money which they would receive by selling the season tickets. This method came out as a substitution where fans would buy to watch their team play but the fans are unhappy not being able to go and watch it live.

Newcastle fans last night raised £16,000 for a local food bank by donating £15 instead of paying for Sky to watch their match.

At a time when so many desperately need help, it will go a long way. Far better than spending £14.95 on a single PL game.

How good is this… Sky Box Office boycott last night for the game against #MUFC gives the Newcastle foodbank £16k!! Obviously this story won’t be on Sky Sports News but a brilliant story at any time and more so in these crazy days #nufc #CharitynotPPV

How did the news about Newcastle fans donating the money spread?

The Twitter account of NUFC Food Bank said that Newcastle fans have donated €16,000 giving it to the West End Foodbank. This has also increased other groups to do the same boycotting PPV. Richard Masters, the chief executive of Premier League said that the broadcasters had set the price. Fans said that they were receiving less quality of entertainment for more money.

Marc Allera, the chief executive of BT’s consumer division said that they had to do so to cover all the costs that were put in otherwise it would have been a loss for them. Leagues and tournaments are struggling to raise money. Hence, they had to consider all the factors. Splitting of pay-per-view finances has not been made yet. After boycotting the games, the league is under a lot of pressure to scrap the concept of pay-per-view. “The news has been trending on social media and the system is not fair for the fans”, said the chairman of Newcastle.

Why are the Premier League clubs boycotting advertising firms?

Another battle of online abuse has also come forward. Clubs are boycotting advertising firms that are trying to spread hatred. Recently, a 12-year old was arrested for sending racist remark messages to Wilfried Zaha of Crystal Palace. Advertising agencies are failing to promote diversity and are spreading hate messages for gaining profits. After this, the movement of Stop Hate for Profit came forward. More than 100 companies have stopped advertising on Facebook as it failed to deal with the hate and negativity.

Social media has been seen to have a majority of advertising activities and England has been trying to get this done for a long time. Talking about watching the matches live, no one can predict anything. Many authorities are working on the vaccine but there has been no advancement after the clinical trials. Fans are hoping that they will be able to watch their favorite teams play at the stadium at least next year.