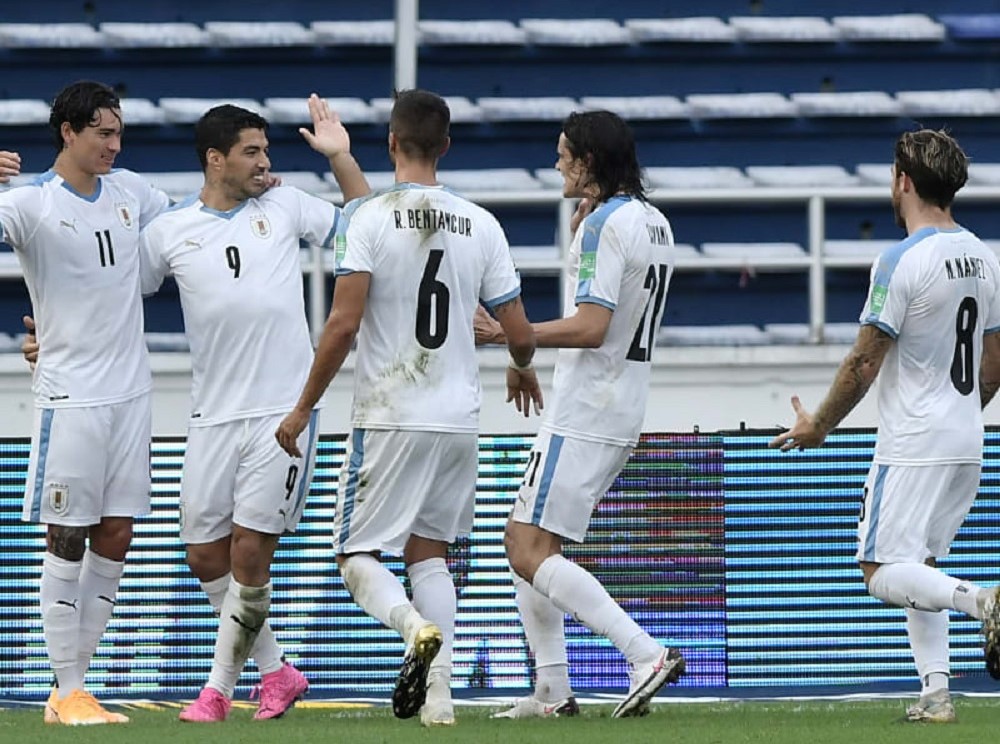 Uruguay crushed Colombia in matchday 3 of World Cup Qualifiers to climb up to the Top 4.

The international break is back as your favorite football players are returning to play for their respective nations. With the international games back in action, we will surely get to see some nerve-wracking fixtures. The FIFA World Cup qualifier and UEFA Nations League have returned with some amazing matches. Today, was another such day as Uruguay was going to lock heads with Colombia in their 3rd match of the World Cup qualifiers. Uruguay had won and lost 1 match each. On the other hand, Colombia had drawn and won 1 match each. So, this faceoff was going to be interesting as the team that would win the match would make it to the Top 4 of the points table.

The match began as Uruguay kicked off. They were trying to maintain possession of the ball but Colombia was applying good pressure. As a result, the latter was able to steal the ball from the Uruguayan players again and again. However, it was Uruguay who scored the first goal of the game. In the 5th minute itself, An error from the Colombian defender led the ball to reach N. Nandez’s foot. He passed the ball to Cavani who scored a brilliant goal placing the ball smartly into the bottom right corner of the net. As a result, Uruguay had got themselves into the lead with an early goal from Edinson Cavani.

However, unaffected by the early lead, Colombia played their natural game. They were creating good chances but were not able to convert those chances. Uruguay, on the other hand, seemed to be even more confident after the first goal and were looking for more. However, even they were not able to find the back of the net. With that, the score at halftime was 1-0 in Uruguay’s favor. Colombia needed to improve their finishing if they wanted to get at least 1 point from this match.

The second half began and Colombia kicked off. They were looking confident now and hungry for goals. They were maintaining good possession of the ball and also creating some good chances. However, even then they were not able to convert those chances. But, in the 50th minute, Betancur won Uruguay a penalty after he was fouled inside the box by Murillo. So, Suarez took the spot-kick and made no mistake in converting it. He put the ball past the Colombian goalkeeper Ospina after sending him the wrong way. As a result, Uruguay was now playing calmly with a 2-goal cushion. However, that did not stop them from scoring more. In the 73rd minute, Darwin Nunez scored a banger from outside the box to seal the victory for his nation.

Uruguay won the match as they had crushed Colombia with a score of 3-0. With this win, they had moved up to the 4th position in the points table. On the other hand, Colombia moved down to 7th place. Anyhow, this is not the end as there are many matches remaining yet. In their next fixture i.e. matchday 4, Colombia will be facing Ecuador whereas Uruguay will be up against Brazil.