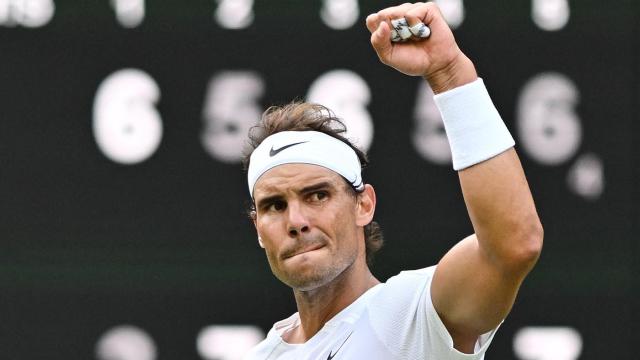 Wimbledon 2022 Day 10 just gave everything the tennis fans were hoping for. Rafa was suffering, in pain, and was 1-2 down in the match. But like every other time, he managed, and he managed it well. In five sets, he finished off the match, the fifth going to the tie-breaker. In the tie-breaker, Nadal looked at his absolute, made the least number of unforced errors, and won it 10-4. Despite carrying an injury from the second set onwards and restrictions in his movements, he somehow found a way against such a tough opponent, T . Fritz. The American was in exceptional form leading up to the quarter-finals. He did not lose a set a single set in his previous four rounds against formidable opponents. With this win, Rafa is now two matches close to his third grand slam trophy of the year. He will be left with only US Open to complete his career grand slam.

Novak Djokovic has already booked his place in the semi-finals the previous day. He came back two sets down to complete the comeback. J Sinner from Italy was his opponent who played his heart out but couldn’t covert. Probably, the extra pressure of playing the #1 got to him, and he crumbled. Sinner was just one set away from victory but couldn’t convert. Credit to players like Novak and Rafa for never giving up and proving their worth time and again. Earlier today, Nick Kyrgios made history by reaching his first-ever grand slam semi-final. He played his quarter-final match against C.Garin. It was Garin’s first quarter-final appearance in a grand slam, and it was too overwhelming for him. Nick showed great temperament and overpowered Garin. He won the match in straight sets.

It was again one of those days in Wimbledon 2022 Day 10, where Rafa was almost down and out but still managed to pick himself up. There was no reason for him to win it, but he did it anyway. The match started on a bad note for Nadal. Fritz definitely outplayed him in the first set, did not give him any room to play his shots. The American managed to win the first set 3-6. The second was even worse for Rafa in terms of his fitness. He suffered abdominal pain, for which he had to take a timeout. There was tension inside the stadium as people felt that it could be his last moment in the game.

But as we all have seen time and again in the past, he came back, struggled, but found his way back into the game. With great difficulties, he won the second set, 7-5. Fritz was in no mood to sit back, though. His game in the third showed he had been so successful off-late. The third went to Fritz 3-6. The fourth set was an intense one as both the players were going toe to toe, breaking each other. Somehow, Rafa found that break he needed and won the fourth 7-5. The fifth set followed a similar story and the set went into a tie-break. In the tie-break, Rafa looked in complete control and finished the comeback, winning the fifth 7-6(10-4).

Earlier in the day, Nick Kyrgios won his quarter-final against C.Garin. Nick won the match in straight sets and will now face Rafael Nadal in the semi-final. These two have had their clashes in the past, and it will be interesting to see the outcome on Friday.