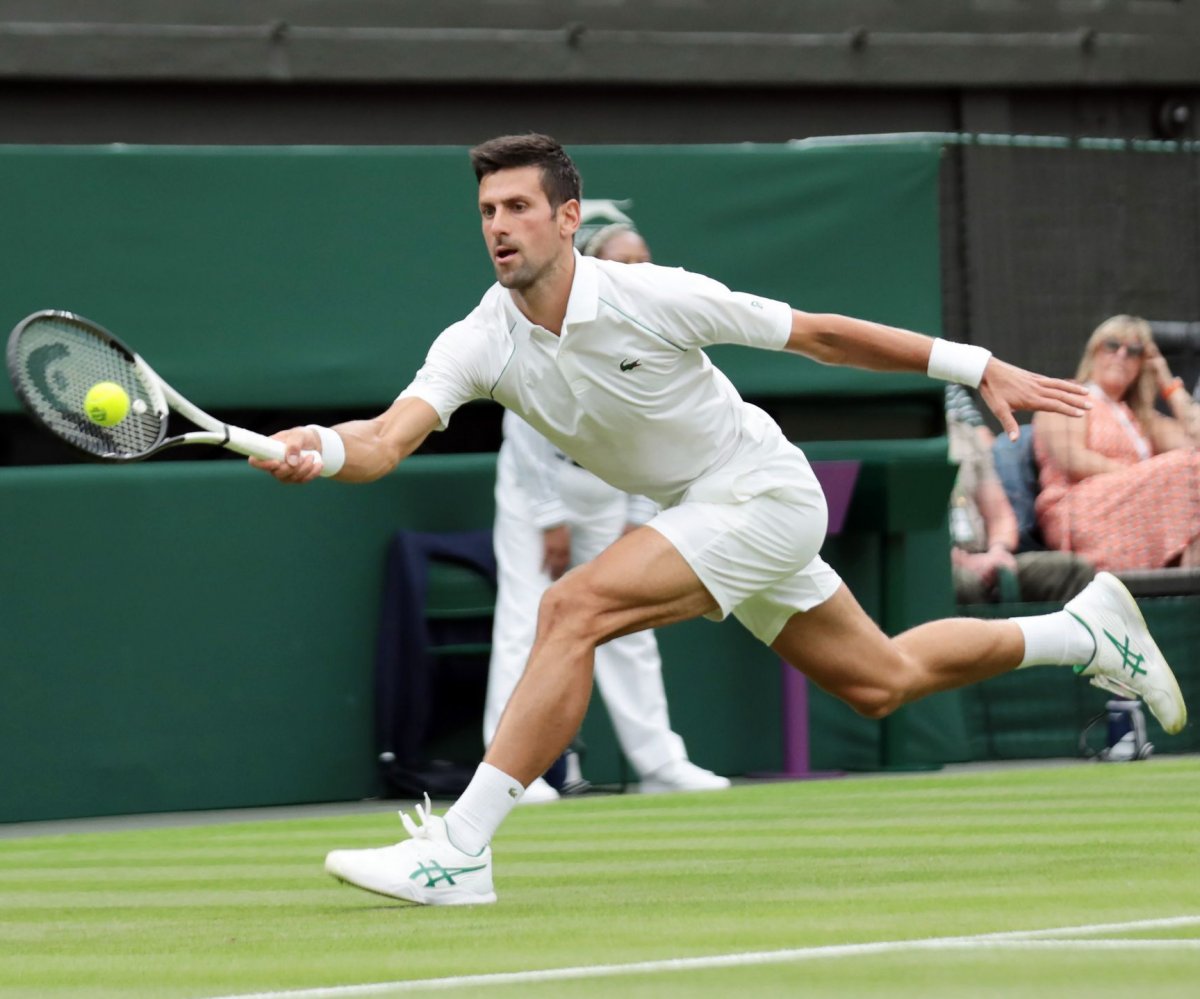 Wimbledon 2022 Day 11: Will Nole Reach The Final Again? O.Jeabeur Sets Her Eyes On The Trophy

Wimbledon 2022 Day 11 is here, and so is Novak Djokovic. There are two possibilities that could happen today. The first is that Djokovic wins his semi-final match against the home favorite Cameron Norrie and breaks millions of hearts. The second is that Norrie outperforms Novak and creates history by reaching his first-ever grand slam final. What do you think would happen today? Will the home crowd be sad, or will they leave the stadium happy? Novak won a marvelous game on day 9 of Wimbledon. He was two sets down, and everyone thought it was over, considering how Sinner was playing. But it wasn’t meant to be, and Novak, like so many times in the past, came back and won the match.

Cameron Norrie’s match was more like a rollercoaster ride. He would lose one set and then win the other, then again lose the set, and then make a comeback. Eventually, in the fifth set, he again won and took away the match. With this victory, he made history by reaching his first-ever grand slam semi-final. Now he has the chance to create another history by reaching the finals of the tournament. Djokovic will be looking to make another final appearance and cut the major’s title lead to only one. Rafael Nadal and Nick Kyrgios are the other two players who made it to the semi-finals of this year’s Wimbledon.

Novak Djokovic looks all set for his semi-final clash against Cameron Norrie in Wimbledon 2022 Day 11. He has set his eyes on another final and also his 21st major singles title. On the other hand, Cameron Norrie has been brilliantly carrying the expectations of all the British fans. He has created history by reaching the semi-finals of a grand slam for the first time. Even though his opponent is Novak Djokovic, he would like to take this legacy forward and reach the finals. Talking about the match, it could either turn out to be a close match, or Novak will win it easily. For Norrie to win the match, it will take more than his 100% effort to beat Djokovic. Things might even turn out ugly for the British if he is unable to hold his guard.

After rounds of high-intensity matches, Cameron Norrie’s fatigue could play a big factor. How ready he is for the semi-final will be very interesting to see. He has played some five-set matches coming into the semi-final, and that could take a load on his body. Novak’s quarter-final was also a tough-fought five-setter. Looks like both players’ fitness will be put to its ultimate test, and the one who endures more will go through.

Ons Jabeur Sets Her Eyes On The Trophy

Jabeur has been in sensational form in Wimbledon so far and has set her eyes on the trophy. The Tunisian has faced little to no problem in reaching the semi-finals of the tournament and is the only top-seeded player left. She will face T.Maria from Germany, who has reached her first grand slam semi-final. Simona Halep is also facing a first semifinalist, Elena Rybakina, from Kazakhstan.