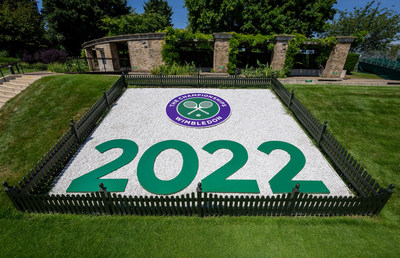 Wimbledon 2022 Day 6 was a disaster for world no 1. Iga Swiatek could not continue her 37-match winning streak as she was defeated by her French opponent. A. Cornet, the unseeded 32-year-old, is having her best tennis year so far. The past few months have been really great for her, and this win just adds the cherry on top. Iga showed tremendous dominance for more than four months before losing this match. Her dream of winning the tournament ended in the third round. Rafael Nadal won his match quite comfortably against his Italian opponent L. Sonego. The Italian was #27 in the tournament but proved to be no match for Rafa. He is now through to the second week of the tournament, a big sigh of relief for his fans.

Apart from the above-mentioned matches, the most exciting match of all was Nick Kyrgios Vs Stefano Tsitsipas. The match went similar to how people anticipated the match would go. Nick managed to beat Stefano in four sets, but it was very intense. Both the players have a bitter history on the court, and it clearly showed during the match. Day 5 marked Novak’s and Alcaraz’s win in the third round. It became increasingly important for Rafa to win the match and stay alive in the tournament. As of now, Novak and Rafa are looking set to play straight in the final of Wimbledon if all goes well.

It was a terrible day for Iga Swiatek in Wimbledon 2022, day 6. She lost her third-round encounter against A. Cornet in straight sets. She couldn’t even make a comeback in the match and was dominated by Cornet the entire match. The world number 1 faced a humiliating defeat as she could not even win more than 6 games in two sets. At least the first set was a little tougher for Cornet to win. Iga looked to be in the game for the majority of the set. Cornet had to stick to her game plan and eventually won the set 4-6. The second set was a disaster for Swiatek. She did not look like her usual self, and Cornet took advantage of that. She won the second set 2-6.

From the word go, Rafa dominated his match against L.Sonego. This Rafa looked completely different from his first two matches. He was aggressive from the start, made very less errors, and it looked as if he gained momentum on the grass. The first set was the easiest for Rafa, which he won 6-1. The second set almost managed the same story, though Soreno managed to win an extra game. Rafa won the second set 6-2. The third set saw some fight from the Italian, but it wasn’t enough for the pumped-up Rafa. He wrapped up the match, winning the final set 6-4.

If you have followed tennis in recent years, you all know what relationship Nick and Tsitsipas share. They have been vocally critical of each other, saying nasty comments. It definitely translated on the court as well. Without a doubt, the match was brilliant in terms of the quality of tennis. Both players gave it their all and showed the fight that the audience wanted to see. Finally, it was Nick who won the battle in four sets.