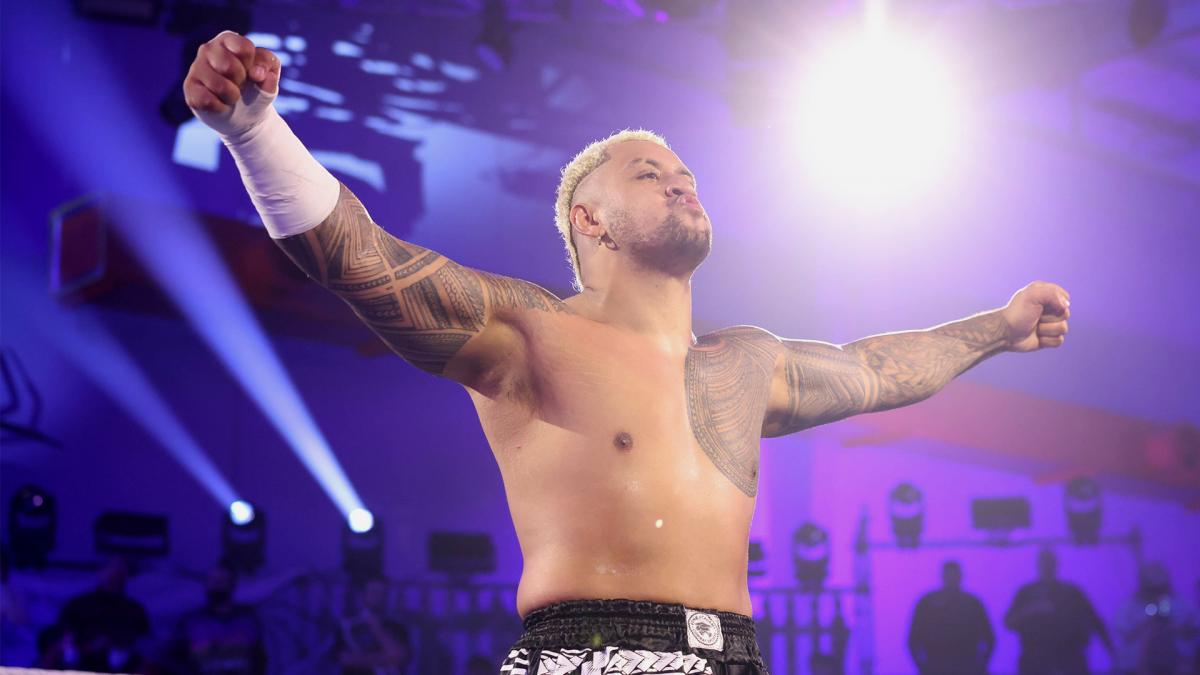 WWE: Who is Solo Sikoa and is he related to the Usos?

Haloween havoc got back and brought in some excitement for the fans. Not just we got to see three title changes but some stage stealing debuts. It was in the news that Solo Sikoa made his WWE NXT debut this week. This was responded to by some big names like The Usos and Roman Reigns. After responses from them, the WWE universe wanted to know if Solo Sikoa is related to the Usos. Bloodline debuts have always intrigued the fans and to gather the information they tend to the internet. Well, you do not have to do that as we have gathered and put down all that you need to know about Sola Sikora and his relation with the Usos.

After Solo Sikoa’s debut was announced for the Halloween havoc on the NXT, the Usos retweeted WWE NXT’s announcement tweet. They added a blood drop emoji which flamed the speculations even more. Moreover, Solo Sikoa’s debut became the highlight of the NXT Haloween havoc and since then he has been the talk of the town. Just like WWE NXT’s tweet he showed up and made an impact that was loud and clear. He started by interrupting a segment between Grayson Waller and LA Knight and went on to lay out Grayson Waller. But the question that still needed answer was that is Solo Sikoa the third Uso brother and is he related to The Usos?.

All that you need to know about ‘Usos’

The Usos Jimmy and Jey are sons of the WWE Hall of Famer Rikishi and they have been involved in Vince McMahon’s global juggernaut for more than a decade. They are members of the professional wrestling family Anoa’i family. They are in blood relation with the big names in WWE like Roman Reigns, Rosey, Nia Jax, and  Afa and Sika Anoa’i. No strangers to WWE they are a tag team of twin brothers which is called ‘The Usos”.

Widely known by their ring names Jimmy Uso and Jey Uso they were named Jonathan Solofa Fatu and Joshua Samuel Fatu by their parents. Before they stepped into professional wrestling the Usos brothers were drawn towards competitive football. They were named into the Tag team of the year in the year 2017. Moreover, they are 5 times WWE Smackdown tag team champions and have won the Slammy award two times.

They are also part of one of the biggest rivalries of WWE history with The New Day in the ring. Nevertheless, just like their reputation in the ring, they hold the same reputation in real life as well. They have been a part of some legal issues and were arrested for driving under the influence. Jimmy was arrested three times while Jey once.

Is Solo Sikoa Related to the Usos?

Now to put an end to your guessing game let me tell you that if you think that Solo Sikoa is related to the Usos then you have hit the nail right at the head. He very much is a part of the great Anoa’i Family tree and happens to be the cousin of Roman Reigns. ‘Solo Sikoa’ who is also known by his birth name Joseph Fatu made his WWE NXT debut on 27th October on Halloween Havoc special. If the name Fatu strikes you then you might think of the WWE Hall of Famer Rikishi or Solofa F. Fatu Jr. Well you are headed in the right direction as Solo Sikoa is his son and in that case the younger brother of Jimmy and Jey Uso.

Solo Sikoa comes from one of the business’s most notable families that have committed their lives to pro wrestling. His father Rikishi is a one-time Intercontinental Champion and two-times World Tag Team Champion. Not stopping there he also has under his belt a WWE Tag Team title as well. Sikoa’s twin brothers Jimmy and Jey Uso are the reigning SmackDown tag champs. The twin Usos brothers are also key players in The Bloodline. It is a dominant group in WWE led by Reigns and his special counsel Paul Heyman. So yes Solo Sikoa is indeed related to the Usos.