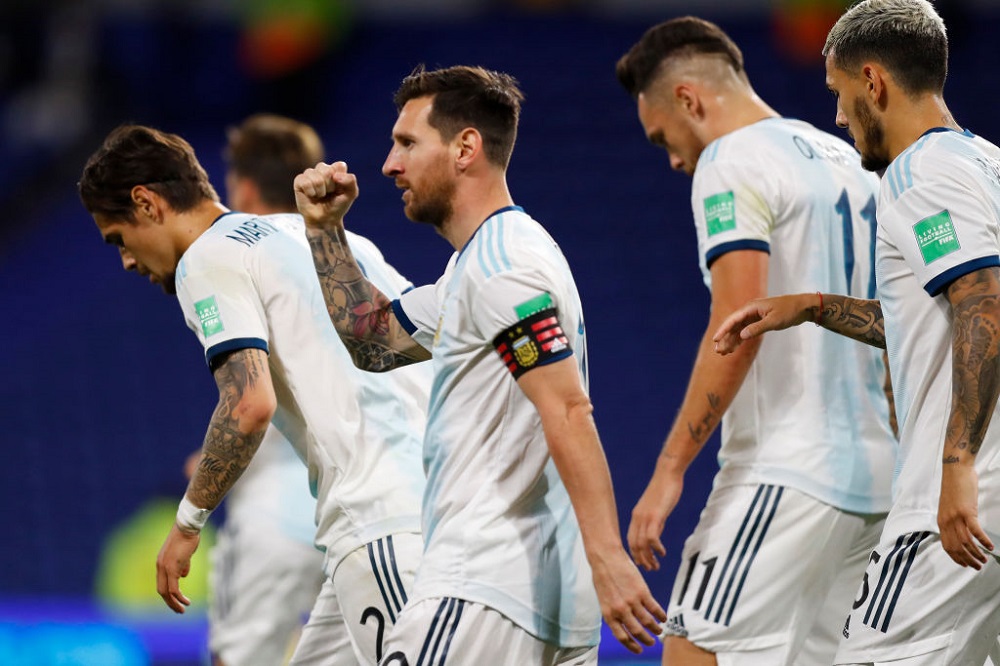 Argentina: Armani, Montiel, Lucas Martinez, Otamendi, Tagliafico, Acuna, Paredes, De Paul, Messi, Ocampos, and Lautaro Martinez. Their coach Scaloni went with a formation of 4-3-2-1 with Lautaro being the striker and Messi and Ocampos as attacking midfielders.

Ecuador: Dominguez, Ferigra, Arboleda, Arreaga, Estupinan, Gruezo, Ibarra, Franco, Caicedo, Mena, and Valencia. Their manager Alfaro went with a formation of 4-1-4-1 with Valencia being the sole striker. Now, it was going to be an interesting match as to which striker would shine out of Lautaro and Valencia.

The match began as Argentina kicked off on the referee’s whistle. They were playing possession game from the start and were attacking continuously as they were looking for an early goal. However, they were unable to find the back of the net. Finally, in the 11th minute, Lucas Ocampos won Argentina a penalty after Arboleda fouled him inside the box. Messi immediately converted the penalty in the 13th minute as he shot the ball into the right side of the net. Then, in the 21st and 43rd minutes, Paredes and Valencia received yellow cards from the referee. But, fortunately, Paredes made an excellent save in the 48th minute after a deflection from Ferigra. That was it as at the end of the first half, the score was 1-0 in Argentina’s favor.

The second half began but Argentina did not stop their aggressive game. They wanted more goals and were charging towards the goal continuously. In the 28th minute, Ocampos took a brilliant shot but he was denied by Dominguez as the latter made an excellent save. After that also, Argentina were able to create attack but were not able to convert any of the chances, In the 78th minute, Otamendi was also shown a yellow by the referee for his foul on Arreaga. That was the last highlight of the second half as the half went goalless. Argentina had won the match but they knew they need to work on their teamwork yet. Anyhow, they had grabbed the 3 points from their victory at home against Ecuador.

Points to be learned from Argentina’s match against Ecuador:

Even though Argentina won the game, they still need to work on their game. Messi said in the post-match interview that they have managed to win the game but this was not the greatest of comebacks for their national team after so long. He stated that they have all met after a long time and need to work and practice more, together as a team. With his goal in this match, Messi and Suarez (Uruguay) equaled Ronaldo’s (Brazil) record for their national teams in the world cup qualifiers. Now, both of them will be looking to beat Ronaldo and move ahead in the tally of goals. However, what matters is that they have to focus more on winning the upcoming game as Argentina takes on Bolivia on the upcoming Wednesday whereas Uruguay will be up against Ecuador.