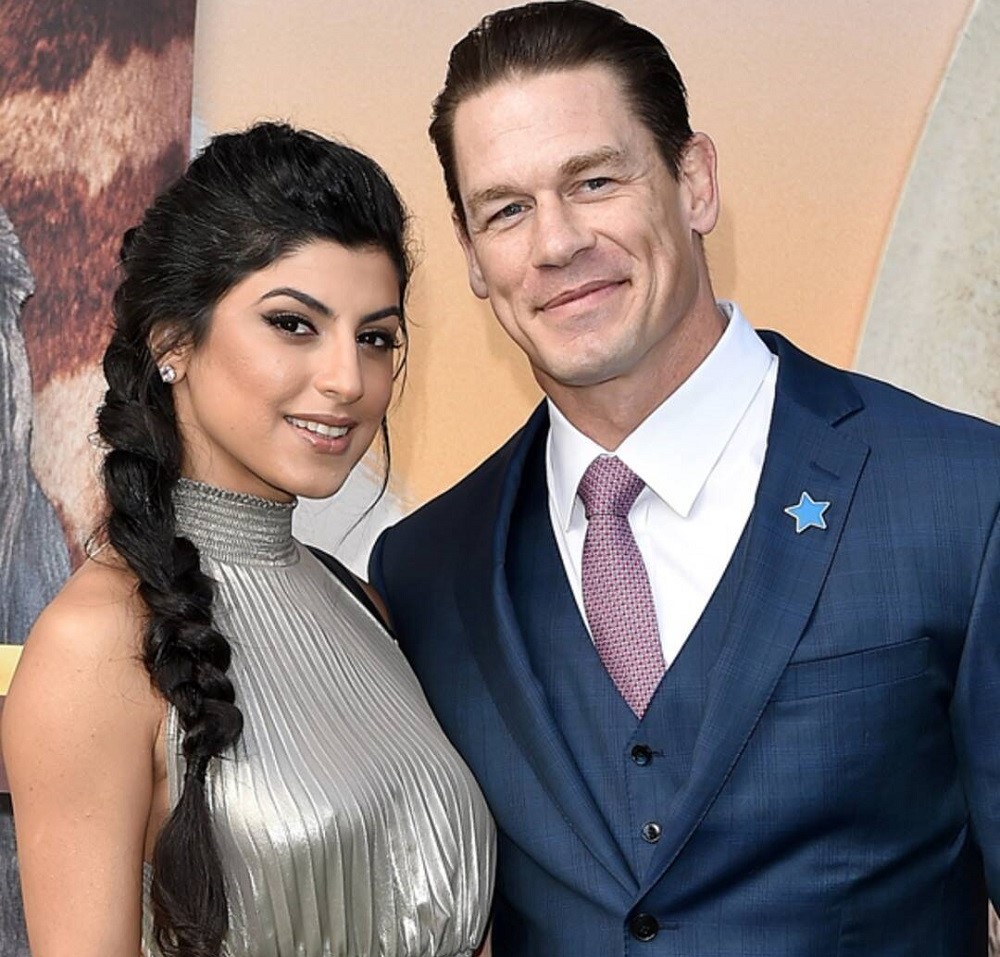 John Cena And Shay Shariatzadeh Tie A Knot In Tampa

The American professional wrestler and actor who is loved by many, the one and only John Cena recently got married to Shay Shariatzadeh. They got married in Florida but the event was held privately only inviting their close friends and family members. The fun fact is that the couple is yet to confirm the news. A report from PWInsider stated that there were many of his wrestler friends who joined the ceremony. The event was held on 12th October, 2020 but there are no details available. John Cena and Shay Shariatzadeh were reported to be dating since 2019.

Earlier this year, Shay was spotted wearing a diamond ring which sparked rumors about both of them being engaged. She is not from the entertainment industry. Hence, there is not much data available about her which made everyone more curious. She is an engineer who graduated from The University of British Columbia with a degree in Electrical and Electronics. Shay is known to be a strong independent woman who has a very strong relationship with her mother. She has also been seen doing a lot of volunteer work. Working in two such different industries, people are waiting to find out about their love story.

Who is John Cena?

Born on 23rd April, 1977 John Felix Anthony Cena Jr. gained his popularity through World Wrestling Federation. Winning numerous matches and titles, John Cena was kids’ favorite. He has won the United States Championship 4 times and World Champion 4 times. Known for his strong work ethic and professionalism, John Cena is admired by many and is said to be one of the greatest wrestlers of all time. Along with wrestling, he has also acted in movies such as ‘The Marine’, ‘Bumblebee’, ‘F9’, ‘12 Rounds’, ‘Trainwreck’ and more. In 2005, he released his rap album titled ‘You Can’t See Me’ which sold millions of copies worldwide. He started his career in bodybuilding and then went on to work as a Limousine driver before getting into wrestling. Cena has also endorsed several brands such as Gold’s Gym, Subway, Gillette, and more.

In 2009, Cena and Elizabeth Huberdeau’s dating news began to spread after which they got married in the same year. The relationship did not last much and they ended up getting separated in 2012. After the divorce, John Cena began to date Nikki Bella who was also a wrestler. During WrestleMania 33 in 2011, he proposed to her and they got engaged. They had plans to get married in 2018 but the wedding was called off due to unknown reasons.