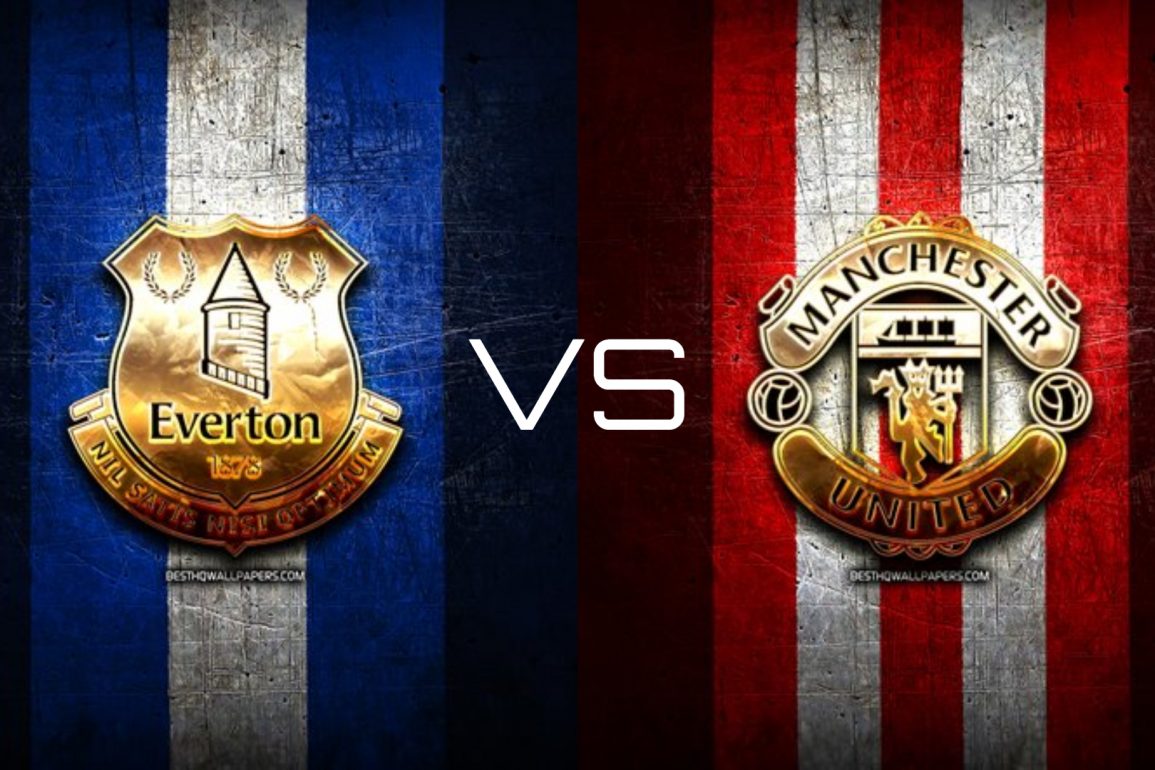 This article will focus on the upcoming Man United vs Everton clash. Man United will be entering into the next month defeated by Aston Villa and taking on Villarreal CF this Wednesday. With the fixture vs Everton Premier League giants, Manchester United will be looking to set the records straight. After Saturday’s defeat from Aston Villa, Man United will come into this clash as the league’s top scorers. Ahead of next week’s clash with Villarreal, they have sealed the 4th position only above Liverpool, Man City, Chelsea. While Everton stands just below them on the 5th spot. With 12 points they are just a point away and will do their best to collect points and climb up in the table.

In 32 head-to-head encounters between the squads, Man United has dominated the records with 17 wins. Everton however has managed only 7 wins and 8 draws. Contrary to what the records may suggest this season Everton has bounced back and has returned to winning ways after a 2-0 victory over Norwich City. Considering the star-studded squad of Man United and the current form of Everton both the teams have equal chances of winning this one. Nevertheless, Man United will be desperately looking for a win and they could not get a better chance than this to return to their winning ways. The last time Man United and Everton faced each other in EPL the match ended in a 3-3 draw.

Manchester United are set to host Everton at Old Trafford on Saturday, October 2, 2021. Old Trafford will witness some top-notch performances as both the teams will be looking forward to collecting points. The live-action of Man United vs Everton is scheduled for kick-off from 5 pm (IST) on the Star Sports network in India. In the United States, the fans will be able to watch Man United vs Everton via NBC Sports. Moreover, the Peacock streaming service is another option to live stream the football action. In case you miss the Premier League action the Sky sports with its highlights and analysis package will give you the major moments from the fixture.

Canadian Soccer fans can watch the match live on DANZ. If you are a new customer the service will provide you a 30-day free trial but if you are not then you will have to pay $20 CAD per month and $150 CAD annually. You would not want to miss the thrill when Ronaldo magic will be in the air and he will steal hearts yet again with his free kicks, his sprints, his headers, and his celebrations. So mark the dates and set the alarms if you have to as an exciting weekend is awaiting you the next month.

Manchester United can miss out on their captain Harry Maguire due to his ankle injury. Solskjaer is also not likely to be seen in any of the upcoming fixtures. Long-time absentees Phil Jones and Anthony Martial will remain sidelined for this clash too. The Red Devils face injury problems as attackers Edinson Cavani, Marcus Rashford, and defender Aaron Wan-Bissaka are expected to miss out due to suspension. The hero of united’s 2-1 league win last weekend David De Gea will be the goalkeeper. Diogo Dalot, Harry Maguire, Raphael Varane, Shaw, Fred, McTominay, Jadon Sancho, Fernandes, Pogba, Ronaldo are the predicted XI for this weekend blockbuster.

Jordan Pickford has returned to full training and most likely is to start between the posts. The defense looks strong with Lucas Digne, Michael Keane, Yerry Mina, and Ben Godfrey. Lucas’ injury in the Carabao Cup was not very serious and he will not be missing out on any matches because of that. Midfielders Allan(Central midfield), Abdoulaye Doucoure( central midfield), Alex Iwobi( left wide midfield), Andros Townsend(right wide midfield) make the squad stronger with their skills.

Everton lacks available strikers and that is the reason why even though Salomon Rondon has been struggling with match fitness he has been in the squad for the last two matches. Demarai Gray in the attack is not an outright striker but will support Rondon and make use of his pace as a secondary striker. Nevertheless, there is still doubt that whether Anthony Gordon will play this one after his strong display against QPR.