Top 10 Formula One Drivers Of All Time

Formula One is the highest class of single-seater auto racing sanctioned by the Fédération Internationale de l’Automobile (FIA). It is regarded to be one of the most prestigious and competitive motorsport competitions in the world, with drivers from all over the globe competing in the series. As such, there have been many great drivers throughout the years that have become legends of the sport. Here is a list of the top 10 Formula One drivers of all time.

1. Michael Schumacher: Michael Schumacher is widely regarded as the greatest Formula One driver of all time. The German driver won a record seven Formula One World Drivers’ Championships, five of them consecutively, and holds numerous other records in the sport, such as the most races won and the most pole positions. He raced for Ferrari for the majority of his career, where he won five of his world championships.

2. Ayrton Senna: Ayrton Senna was one of the most iconic and successful drivers in Formula One history. The Brazilian driver won three world championships, all with the McLaren team, and is widely regarded as one of the greatest racers to have ever lived. He was known for his aggressive driving style and willingness to take risks to gain an advantage.

3. Lewis Hamilton: Lewis Hamilton is the current reigning Formula One World Drivers’ Champion, and is widely regarded as one of the sport’s greatest drivers. He has won the title a total of seven times, and holds several records, such as most pole positions and most wins in a single season. Hamilton has raced for the Mercedes team since 2013, and has been a dominant force in the sport since then.

4. Juan Manuel Fangio: Juan Manuel Fangio is often regarded as one of the greatest drivers of all time, and is the only driver to have won five Formula One World Drivers’ Championships. The Argentine driver raced for several teams during his career, including Alfa Romeo and Maserati, and won his championships in an incredibly short period of time, from 1951 to 1957.

5. Alain Prost: Alain Prost is a French racing driver who won four Formula One World Drivers’ Championships, three of them while driving for McLaren. Prost was known for his smooth driving style, which earned him the nickname “The Professor”. He raced for numerous teams throughout his career, and is often regarded to be one of the best drivers of all time.

6. Jackie Stewart: Jackie Stewart is a British racing driver who succeeded three Formula One World Drivers’ Championships. He raced for the Tyrrell team for much of his career, and was known for his safety efforts in the sport. Stewart was a vocal advocate for improved safety measures in Formula One, and was instrumental in the introduction of several safety measures, such as the use of seatbelts, the introduction of safety barriers, and improved medical facilities.

7. Jim Clark: Jim Clark was a British racing driver who won two Formula One World Drivers’ Championships. He raced for the Lotus team for much of his career, and was known for his smooth and consistent driving style. Clark was considered to be one of the most naturally talented drivers in the sport, and was also known for his gentlemanly behavior both on and off the track.

8. Sebastian Vettel: Sebastian Vettel is a German racing driver who is currently competing in Formula One. He has won four world championships, three of them consecutively with Red Bull Racing, and is the only driver to have ever won four consecutive titles. Vettel is known for his aggressive driving style, although he has become increasingly consistent in recent years.

9. Fernando Alonso: Fernando Alonso is a Spanish racing driver who won two Formula One World Drivers’ Championships. He raced for the Renault and Ferrari teams during his career, and is known for his aggressive driving style and his ability to find the best set-up for his car. Alonso has become increasingly successful in recent years, and is widely considered as one of the greatest drivers of all time.

10. Niki Lauda: Niki Lauda is an Austrian racing driver who succeeded in three Formula One World Drivers’ Championships. He raced for the Ferrari and McLaren teams during his career, and is known for his consistency and intelligence when setting up his car. Lauda is also known for his incredible recovery from a horrific crash at the Nürburgring in 1976, which almost cost him his life.

These are the ten greatest Formula One drivers of all time. Individually they have left an indelible mark on the sport, and their achievements will be remembered for many years to come. 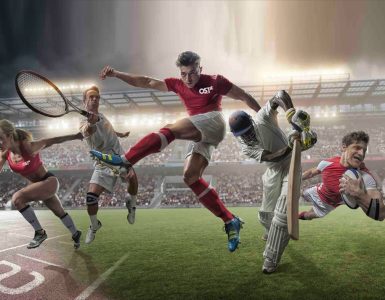 Sports have been around since ancient times, and they have been a popular pastime ever since. Over the years, various sports have risen to prominence, becoming the most popular sports in the world. While the most... Throughout the years, boxing has become one of the most popular sports in the world. It has captured the hearts and minds of many fans, and the boxers themselves have become legends in their own right. The history of...