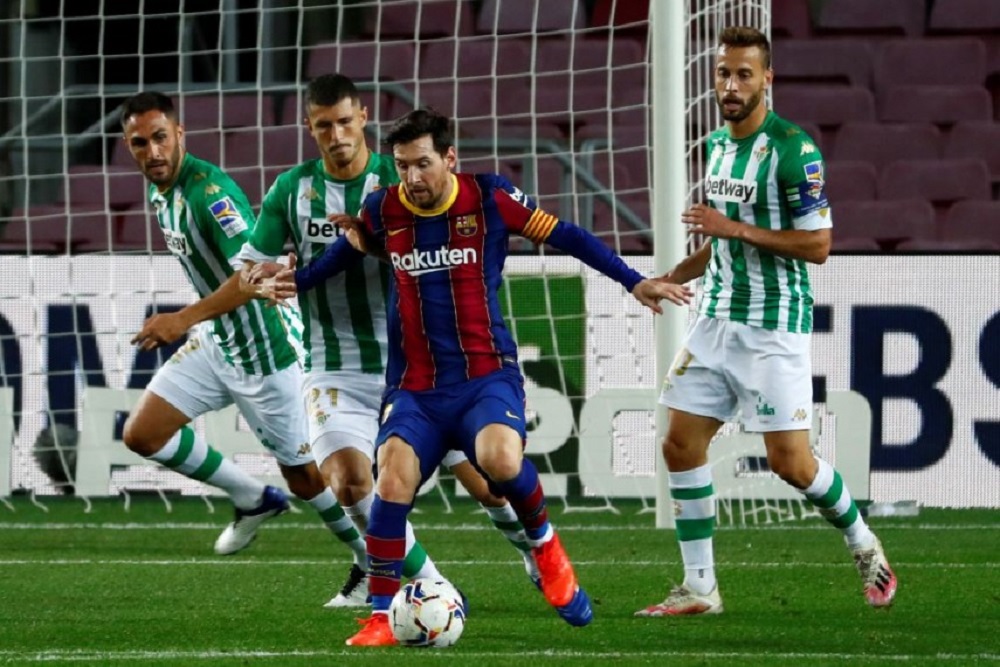 Barcelona will be facing Real Betis tomorrow night and here's all you need to know about it.

Tomorrow night, Real Betis will be hosting Barcelona at the Benito Villamarin for their 22nd fixture of the season. However, it will be the 21st match of the Catalans’ campaign. It will be interesting as both the teams are looking forward to climb the points table. The Blaugranas are in the 2nd position as they have won 12 matches, drawn 4, and lost 4 till now. On the other hand, Real Betis is in 7th place as they have won 9, drawn 3, and lost 9 matches to date. Consequently, both the teams will give their best as they try to win 3 points from this fixture.

It will be interesting as the two teams will be facing each other for the second time this season. They locked heads earlier in November last year at the Camp Nou. At that time, Barcelona crushed Real Betis in a fantastic 5-2 defeat. The Catalans’ skipper Lionel Messi came off the bench and scored a brace to guide his team to an amazing victory. Once again, Barcelona will be looking forward to do the same. Talking about their all-time clashes, the two teams have played each other 39 times. Out of those fixtures, Barcelona has emerged victorious 24 times whereas Real Betis have only won 8 of those games. The remaining 7 matches have ended in a draw. As a result, Barcelona surely has the upper hand coming into this game.

Recently, both the teams have been in a good form. Real Betis have managed to draw 3 whereas win 2 of their last 5 league games. On the other hand, Barcelona have won 5 out of their 5 last league games. Apart from that, both the teams were participating in the Copa del Rey simultaneously. However, Real Betis got knocked out this week in the quarter-final by the Athletic Club of Bilbao. But, the Blaugranas made a historic comeback against Granada in the quarter-final to move through to the semi-final. Consequently, the Catalans will try their best to continue with their amazing unbeaten streak.

Barcelona squad for their fixture against Real Betis:

This a list of players from Barcelona that will be traveling to Sevilla for their match against Real Betis. It is interesting as Sergio Roberto has once again been ruled out due to the knee injury he inculcated during the Copa del Rey quarter-final. However, there is also good news as Junior Firpo has been added to the squad. Now, let us take a look at how Ronald Koeman might line up for this fixture.

🔊 @RonaldKoeman: "I hope #Messi stays at Barça for many more years. He is an incredible player" pic.twitter.com/FaKEJtKobu

This is the starting lineup we feel Koeman might start with for tomorrow’s game. Even though the team has played many games in the past weeks, Koeman will surely rely on his best men to get a victory in tomorrow’s game. Moreover, after Real Madrid’s victory today against Huesca, the manager will not want his team to drop points tomorrow. He will be looking forward to moving back to the 2nd position in the points table. So, brace yourselves as the Catalans will be locking heads tomorrow night with Real Betis in an exciting fixture.

The game is going to air on various online streaming platforms and TV channels. Here is a list of where you can watch the game easily: