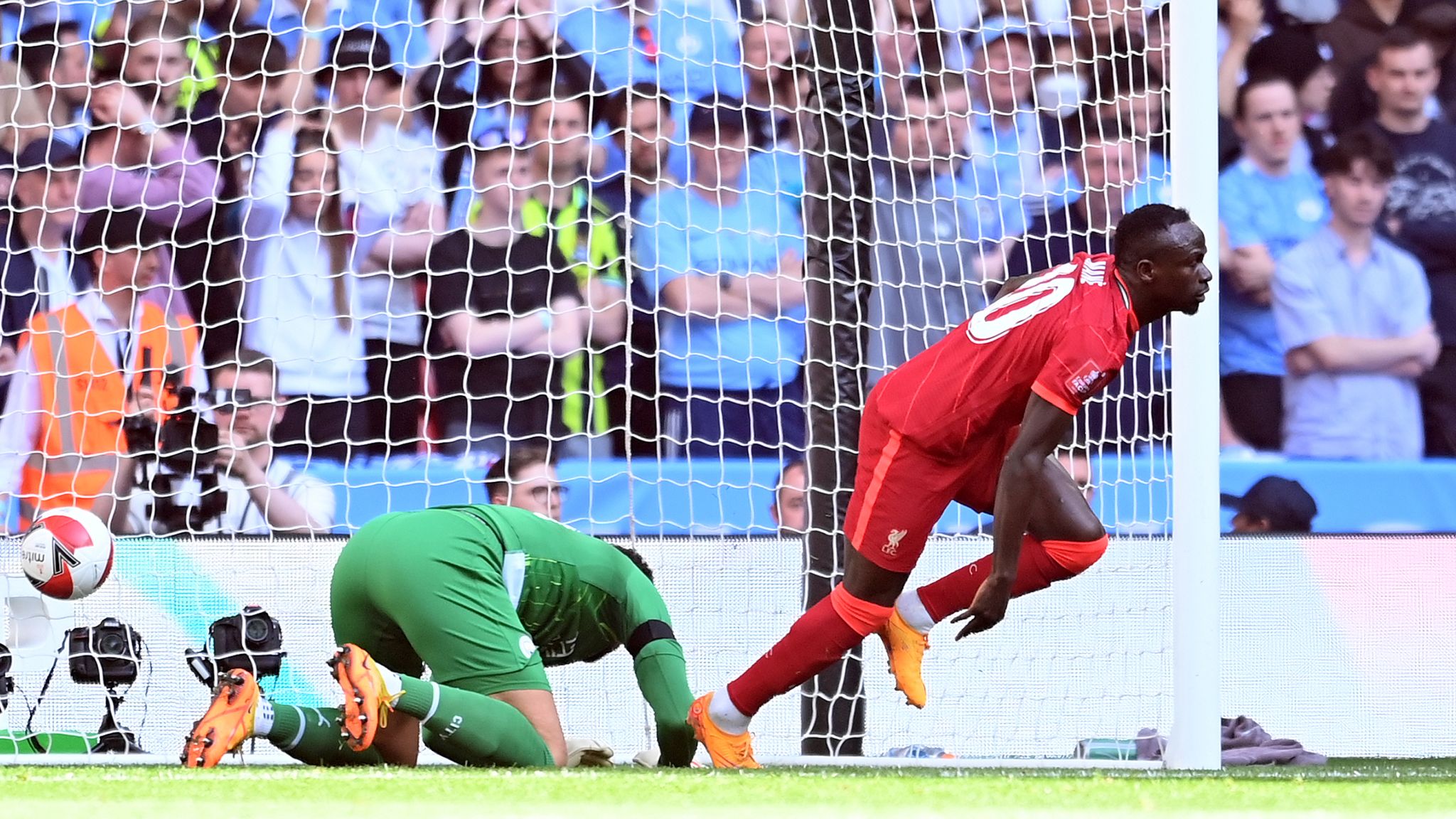 Meeting for the 3rd time this season, their FA Cup draw did not disappoint. A thrilling match till the end, we saw two top teams in Europe go head to head. Liverpool was able to triumph only after a costly mistake by City goalkeeper Zack Steffen who took an extra touch in front of his goal, which allowed Sadio Mane to pounce on the opportunity and seize a goal that would later prove to be decisive.
Liverpool is en route to becoming quadruple champions which would be historic, to say the least. From the start of the match, Liverpool had a clear focus and was determined enough to capitalize on a lethargic City side who were too slow to start. The aggression and intensity shown by Jurgen Klopp’s Liverpool side would soon prove to be too much for Manchester City to handle.

In the 9th minute, Ibrahima Konate would soar above the City defenders and power through a header provided from a corner cross by Andy Robertson to put his team in the lead. In quick succession within 8 minutes, Sadio Mane’s quickness allowed him to capitalize on a loose touch by City goalkeeper Zack Steffen and rushed in to bundle it into double Liverpool’s lead. Being handed a start in place of the reliable and cool Ederson, this mistake can certainly prove costly for his career as nobody was impressed by the casualness of the occasion. To make matters worse, just before halftime, Sadio Mane would again add to his goal after latching on to a pass by Thiago Alcantara and volleying it in the City net past Steffen.

A monumental task laid before Manchester City going into halftime, and they almost delivered. Just after half-time, Jack Grealish would open the scoring for Manchester City after being played through a square ball by Gabriel Jesus. The Cityzens soon amped up their attacking prowess and were gifted two more chances when Jesus shot on goal. However, the ever-reliable Alisson was able to cover it and kept Liverpool alive. However, things became hectic when Bernando Silva added to the tally and doubled City’s lead in the 90th minute. A panic-stricken Liverpool was ultimately able to hold off Manchester City for 4 more minutes and secure an important win to reach the FA Cup finals. City was also on the lookout for a treble this season. However, after this past week, City now has the European Champions League and the Premier League to look forward to.

After the match, Jurgen Klopp was quick to heap praises on his side. He commended his side for the first half, which he claimed to be one of the best halves they have ever played.
Manchester City once again had to endure the heartbreak of not reaching the FA Cup finals for the 3rd straight time. Pep Guardiola, in his post-match conference, said, “We gave everything after a tough first half.” He was also noted admitting to Liverpool’s strong suit being the set pieces.

With this win, Liverpool will now have a tryst with Chelsea as destiny might have planned it for a League Cup rematch. This past February, the two sides met in the League Cup finals, which went to the penalties only to be triumphed by Liverpool. Chelsea will be looking for redemption and act as a party pooper for Liverpool. Nonetheless, come May 14th, we will be in for an exciting encounter, to say the least.