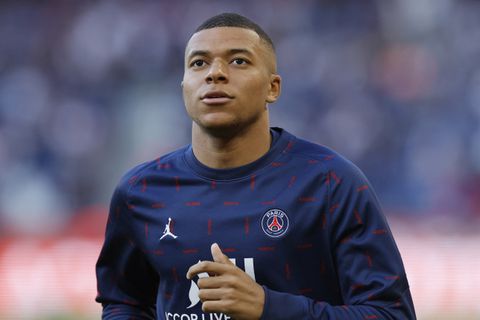 Kylian Mbappe The French Wonder: Career, Earnings, And Net Worth

Kylian Mbappe is the NOW of football. He is the type of player every club is looking for, every team wants to have Mbappe in them. He is attractive, he is fast, he is dynamic, he has goals in him, and he can run for 90 minutes. All in all, a complete package. And the best thing is, he is only 23 and has achieved so much in his life. He became a World Cup winner at 18 and was amongst the most valuable players on the team. Kylian plays for Paris Saint Germain in the French League (Ligue 1). He has been the top scorer in the league for two seasons now and is already considered a great in PSG. His partnership alongside Neymar and Messi is a treat to watch even though it is new.

Mbappe started off his professional career where he instantly made his mark alongside Monaco. That Monaco team of 2016/2017 was amazing. It was such a good squad. That team had Falcao in the front, Mbappe and Fekir on the wings. The midfield consisted of Bukayoko, Fabinho, and  Bernardo Silva. The defenders were Glik, Mendy, and Sidibe. Mbappe, at such a young age, became such a crucial part of the team that he quickly became the center of attention. After a wonderful spell with Monaco, Mbappe signed a record deal with PSG.

Let us have a look at his life and career so far with his earnings and net worth.

Kylian Mbappe was born on 20 December 1998 in Paris, France. As a kid, he admired Cristiano Ronaldo as his favorite player and always expressed his desire to play for Real Madrid. As a professional, he started his career with Monaco’s B team. Later, he was admitted to the main team of Monaco. He quickly adapted to the playing style of the Ligue 1 and very early was tagged as the main man, alongside Radamel Falcao. From 2015-2018, Mbappe’s stature as a player grew in Monaco. This team had also beaten Manchester City in the famous round- of- 16 clash in 2017. Many players post that season went to different clubs as it marked the end of the amazing run that the club showed. This team had become dangerous, and Mbappe was surely the X Factor of the team.

In 2018, PSG signed Mbappe at a record fee. Over the years, the decision to buy Mbappe proved to be more than better. In his four years, he has by far been the best player at the club. He is the focal point in the club’s future project, and that is the reason why he signed a long term deal with the French Club. He has even ditched his dream club Real Madrid, which caused quite a stir in the market. Kylian has made a total of 115 appearances and has a scored an impressive 106 goals.

Kylian Mbappe scores a base salary of $53 million plus $10 million from endorsements. Mbappe’s net worth is around $150 million. For a 23-year-old, this net worth is massive. The kind of career he is having, the net worth is likely to increase a lot more.