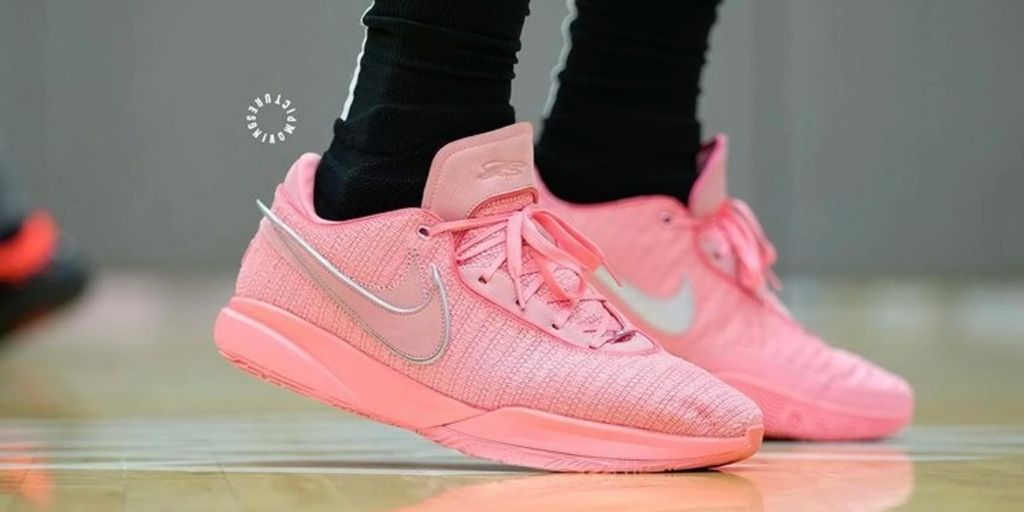 “Lebron 20” In The House: Release Date

The latest talk in the sneakers market is about the upcoming installation in the Lebron series. The following article will focus on all the buzz around Lebron 20. Since, the release of Lebron 19 last year, the entire sneaker world was taken by a storm. The previous pair of shoes that the company launched was Lebron 19. It was by Senior Footwear Designer Jason Petrie. Lebron 19 features a new dual-chambered Air Max unit with a Zoom Air at the forefoot. Lebron 19 was an instant hit and it created ripples amongst the fans and other sneaker companies. It even hit Nike’s Space Jam: A New Legacy collection. And while this silhouette might have created a color wave amongst the fans, it’s time to up the ante even more. So, Nike has launched the brand new pair of Lebron 20 which the star is seen to wear while training.

Lebron James, the Lakers star is entering the 20th season of his career. The basketball professional has a long line of signature signings with the sports juggernaut Nike. For those of you who aren’t aware of them, this journey started way back in 2003. Since then, this bond has sent shockwaves down the market.  This friendship has culminated in many iconic sneakers like the Lebron 13, 14, 15 and so on. Now, the time has come for the fans to unveil the most recent pair of shoes on the market- the Lebron 20.

Let us have a look at the mouth-watering details that the fans were waiting for, for such a long time.

LEBRON 20: About the shoes

The Lebron signatures have always been known for their wearing a high-top profile followed by low-tops arriving not long after. But, Lebron 20 is having a slight altercation with it. It has debuted in the market with a shorter trim while keeping in mind not to flaunt a sophisticated design. The manufacturers have relinquished to a more simple design. The model has incorporated round shapes which have been borrowed from its predecessors. The upper half has been knit with breathable and malleable material to keep the sweat off the feet. 2 swooshes are stitched with the shoes. One of them is raised lifting the heel off the ground while the other one sits underneath stitched in the background.

In addition to this, detailing the shoe along with the colour palette of the superstar has been kept in the mind. Furthermore, the laces, eyelets and tongue flaps are constructed with generous tints of pink. Finally, the thick-soled shoes have been wrapped around a solid pink sole unit. Well, that’s a lot of pink to go with a pair of shoes! However, the branding of the shoes is kept minimal which comes as a shocker for the brand Nike. The manufacturers are confident that the shoes will be doing as well as their predecessors (Lebron 19) in the market. However, the sole of the shoe doesn’t have any visible air units. This might raise an eyebrow amongst the fans who will want a proper air circulation system within the shoes. However, as of now, there has been no further explanation on behalf of the company for this unique design.

When is LEBRON 20 releasing?

The Lebron 20 or Lebron XX is the twentieth shoe in this signature series. The series is set to hit the market pretty soon. According to reports and rumours, a release is expected during the Fall/Holiday season of 2022. However, right now only the signature palet colour i.e. pink will be released. The other variety of colourways is expected to come later this year and into 2023. Nike is likely to launch the LeBron 20 with special edition Pre-Heat style colour ways with ample nods to LeBron’s career achievements.

Where can we buy them?

Post-release, fans of the signature series can procure the shoes from the online e-commerce platform Amazon. The shoes will also be on display in the nearest Nike outlets as well as the online Nike website. In India, the fans can get their first copy in myntra, the largest apparel marketing site. So, grab your pair soon!

Lebron 20 will usher the entire sportswear industry into a new direction. Now, it remains to be seen whether at the backdrop of all these Lakers will be able to re-tool and chase another championship this season. There’s history on the horizon for James either way, he’s just 1,325 points away from passing Kareem Abdul-Jabbar as the NBA’s all-time leading scorer, and the LeBron 20 could very well be a part of that moment.

Also read: Nick Kyrgios Good And The Bad: Life, Career, And Net Worth