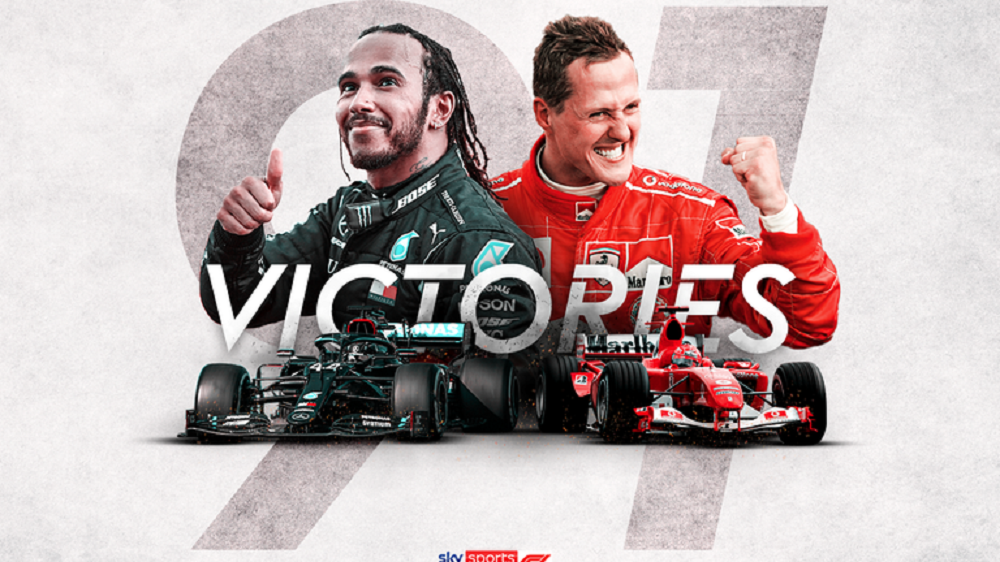 On 11th October, 2020 the Eifel Grand Prix concluded with Lewis Hamilton taking home the trophy. This was his 91st win in the race and 18th by beating Max Verstappen, who is third in the world rankings. He has now tied his numbers of win with Michael Schumacher. The former German racing driver is considered as the greatest of the greats in racing and is one of the few racers to win 7 Formula One World Championships. After Hamilton’s win, Mike who is Schumacher’s son presented him with his father’s old helmet and congratulated him. When asked about his records matching with Schumacher’s, he stated that no one can dominate the way he used to in tracks and he did not imagine coming anywhere close to Michael’s record. He considers it an honor and will continue to perform better in the future.

What did the German say about his win and the record that he had set?

After winning the race, during his post-interview, he said that he will continue racing till he turns old. He said that he will keep on setting goals and try to achieve them. Hamilton has been known for loving the sport with all his heart and enjoys the atmosphere during the game. He has previously stated that if he decides to take retirement from the game, it will be very difficult for him to not be a part of racing anymore. Hamilton has now started receiving a lot of fame and many consider him the greatest driver of today’s generation.

Feeling really honoured to be mentioned in the same likeness as a driver like Michael. What happened today is beyond my wildest dreams. I can’t express how grateful I am to all the fans, and to my amazing team for being with me on this journey. This is for us #91 pic.twitter.com/ZXaq17qd06

However, along with the love he has started to receive criticism for his work. Sir Jackie Stewart, a former racer from England who was known as Flying Scot went on to mention during his podcast that Hamilton is not as great as the world thinks. Stewart stated that a racer is not considered by the number of wins he had but several other factors are also a part of it. According to him, Juan Manuel Fangio and Jim Clark are the two of the greatest drivers. However, no matter who finds him amazing or who hates him, Hamilton has proved he is the best of best.

Who is Lewis Hamilton?

Born on 7th January, 1985 Lewis Carl Davidson Hamilton started his career by starting karting. He won numerous championships. Once, he went on to ask Ron Dennis for an autograph and mentioned about winning championships. Denise wrote in his autobiography that Hamilton had asked him to call him after 9 years. Hamilton won Super One Series and British Championship after which Dennis approached him and signed him as a McLaren driver. In 2013, he signed a new contract with Mercedes and ended up winning three titles in a row.

Hamilton is said to be the best paid and richest driver. He has also been a part of several controversies concerning the LGBTQ+ community. He is the only black driver in Formula 1 and had to undergo a lot of racism and abuses. The 35-year old won his first Grand Prix in 2007 in his first entry itself and is considered one of the most influential people. He is also exploring the environmental and fashion sectors. Having seen a successful career, there is more to come in the future.