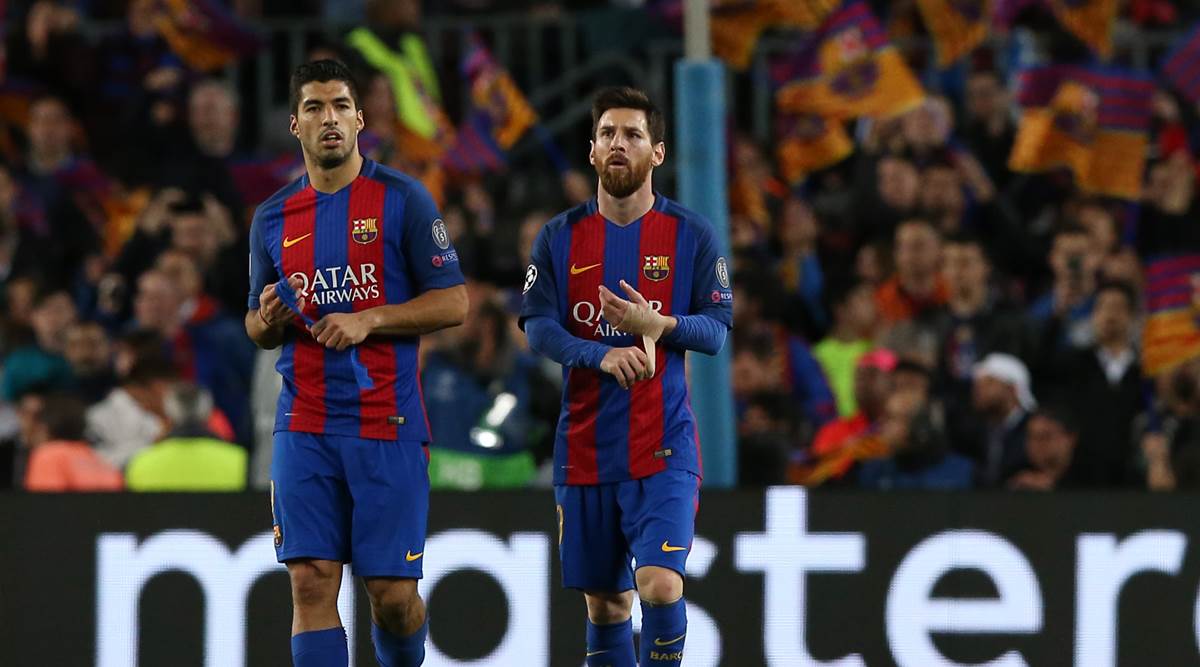 Lionel Messi lashes out at Barcelona for selling Luis Suarez

As everyone may know that the greatest footballer on this globe, Lionel Messi who was already in news that he might be leaving Barcelona, has now again made the top of news as recently as he badly criticized the exit of his teammate and extremely good friend Luis Suarez. Messi was really unhappy after listening about the exit of his good friend and he clearly indicated that in his Instagram post.

Messi recently posted a photo of him with his good friend Luis Suarez and he clearly expressed his sadness and anger in that post and he clearly targetted Barcelona for their bad step of transferring Luis Suarez to Atletico Madrid.

He, in his Instagram post on his official Instagram account with 150 million+ followers mentioned that ”It is going to be so strange seeing you in another shirt, and even stranger to have to play against you,” Messi wrote. ”You deserved a sending-off fit for what you are: one of the most important players in club history, both for what you did for the group and individually – not the one they gave you. But it is true that at this point nothing surprises me.”

Luis Suarez very sadly bid a farewell to all his fans in the press conference. The fans were also not really happy with all this as Luis Suarez was the highest goal scorer for Barcelona with a total of 198 goals in his entire career with Barcelona. He also helped Barcelona winning 13 titles and he had helped Barcelona reach the top of score tables a lot of time.

Barcelona has transferred Luis Suarez to Atletico Madrid for approx 6 million Euros, the exact amount is not revealed. Luis Suarez after passing all the medical tests has signed a two-year deal with the football club Atletico Madrid.

This step of Barcelona is getting a lot of criticism as no one was expecting this extreme step from Barcelona but nothing can’t be done. Also, Barcelona mentioned that they were already badly hit by this COVID19 pandemic, and thus to maintain their expenditures and to pay the salaries of all the players this step has been taken by Barcelona.

This looks a really uneven explanation of Barcelona but nothing can’t be changed now as all the deals are done and all agreements have been made by the clubs. So now onwards you will watch Luis Suarez playing for Atletico Madrid and scoring goals for them.

If you are a Luis Suarez fan and are really sad about this departure of your favorite player from Barcelona then do let us know in the comments section below. Also, tell us what are you think can be done by Barcelona instead of transferring Luis Suarez to Atletico Madrid.

These were the latest happenings that were taking place in this world of football and like this, we will keep you updated about all these things which are happening in the world related to sports. This is the best site where you can get all the latest news about your favorite sports and players.