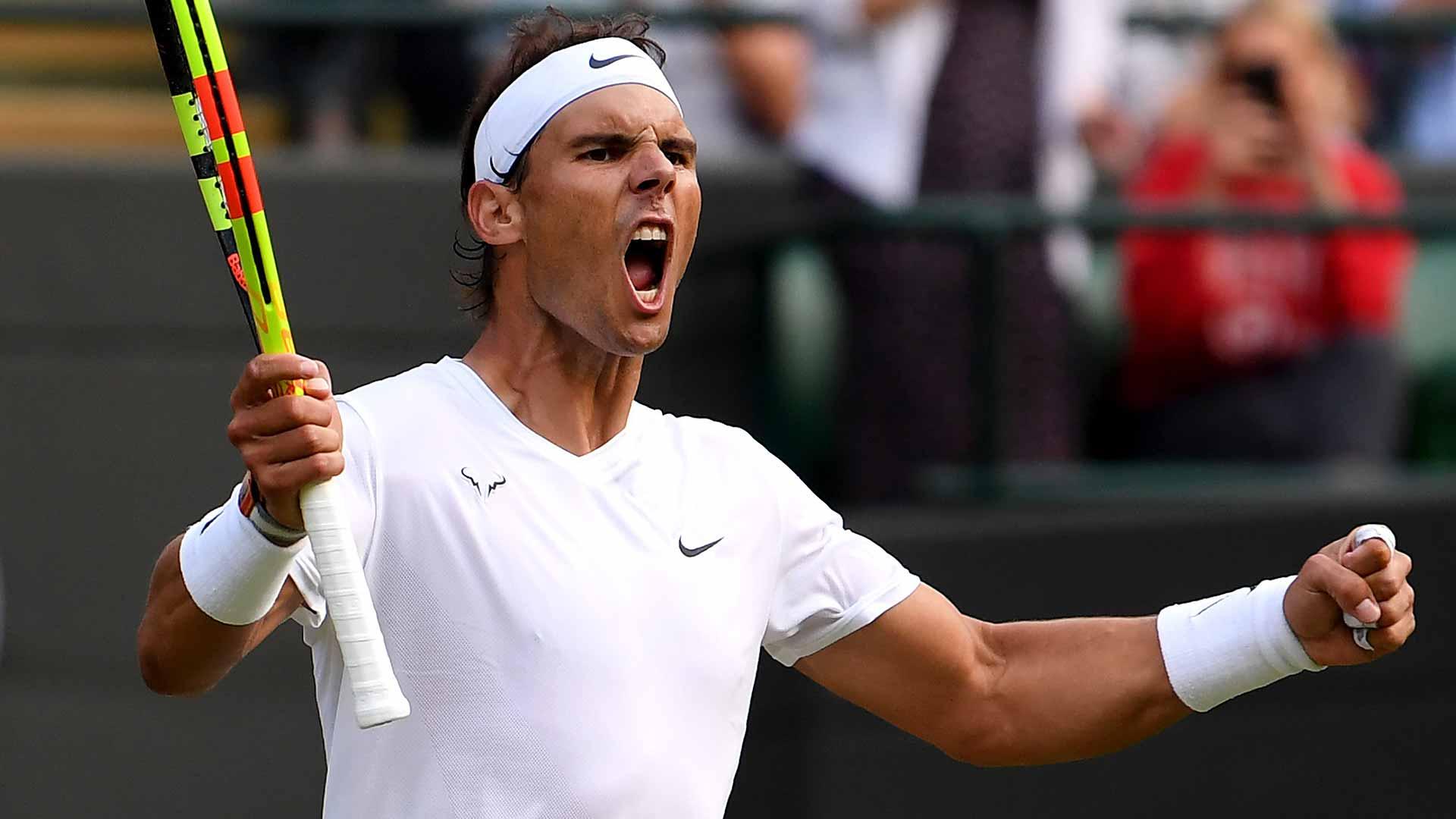 Rafael Nadal Confident Of Playing In Wimbledon: Says He Is Improving Everyday

22 times major grand slam winner Rafael Nadal is confident of making it to Wimbledon. The two-time grass-court champion looks happy with his current condition and said, “I’m prudent because I know that things change. At the moment, I’ve been able to train over these five days. That’s progress, and it allows me to return to Wimbledon after three years. I’m excited about it. It’s a question of taking it day by day but giving myself a chance to compete.” This will be his first appearance in the tournament since 2019 after losing the semi-final to Roger Federer. He added, “I haven’t played on grass for three years, you have to be patient with the progress. Every day I’ve improved, and there is one week left of training in London before starting the tournament. I hope I can use it to get competitive.”

Rafa also said, “It’s true that playing well at Roland Garros gives you confidence, but the grass is a very difficult surface. Any round is complicated. The start of the tournament will be vital for me because, if you manage to progress, later the opponents are more difficult, but then you have more confidence because you’ve found your rhythm on grass,”.

The entire week Nadal has walked or practiced without limping. A great sign for him and all his fans. Rafa last won the Wimbledon way back in 2010. In 2008, he won the first grass major, which is probably the best match in tennis history, when he beat Roger Federer in five sets.

This is an interesting point whether Rafael Nadal is now the G.O.A.T or not. He is now clearly two slams ahead of his fiercest rivals, Novak Djokovic and Roger Federer. For almost two decades, these three have completed dominated their sport, and no other has managed to dethrone them. Though the topic of who the GOAT is quite subjective. If the number of slams is the deciding factor, then probably the answer is Rafael Nadal. At least till the time he is ahead.

Who Is Rafael Nadal?

For those of you not familiar, Rafael Nadal is a Spanish tennis player from Mallorca. He turned professional in 2003 and since then has been on top of this sport. Currently, has the most Singles Grand Slam titles, including 14 French Opens, 2 Wimbledons, 2 Australian Opens, and 4 US Open titles. He is 36 years old, but his passion, intensity, and love on the game don’t seem to fade away.