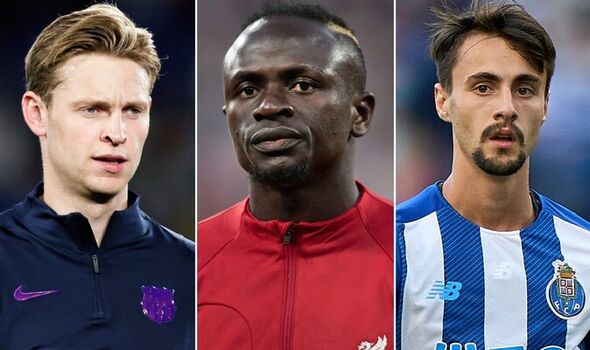 Football Transfers have been a hot topic of discussion these days with so much going on in the market. Arsenal’s first signing of the season, Fabio Vieria, spoke for the first after signing a 5-year deal. He told the Mirror, “I was always happy at Porto, but this chance is important for any professional. Playing in the Premier League won’t be easy, and I promise only to work, work, work. Credit to Arsenal here as they reacted swiftly to sign the 22-year-old from Porto.

Battle for Kalvin Philips is full-on as the Leeds midfielder has been in demand from two giant clubs of Europe. Earlier, Manchester City and now PSG are on the hunt to sign Philips. The star midfielder has always been a fan of the club and a player for them since the beginning. But it seems the club is willing to let him go as they have already signed two players. Brenden Aaronson from Salzburg has already landed at Leeds on a £24.7million fee. Marc Roca joined them for £10 million in fees. This leaves Philips with no choice but to leave before the start of the 2022/2023 season.

Football Transfers- End Of An Era

Football transfers have made headlines in England. In Merseyside, Mane is all set to bid goodbye to Liverpool, where he became one of the best footballers on this planet. After achieving almost everything for the club, he is looking ready for his next chapter with Bayern Munich. Bayern Munich, on the other hand, needs attacking options since Lewandowski has decided to leave the club this summer. With Mane coming in, things look promising for sure but they need a pure no 9 as well.

Ten Haag, Manchester United’s newly appointed manager, has Frankie De Jong as his favorite target. This move could help Barcelona overcome the financial worries as they have a huge list of players to sign, including Lewandowski, Bernardo Silva, Koulibaly, and Marcos Alonso. This deal could bring some sort of relief as they aim to raise almost €600 million by 31st July. This target can certainly remove the baggage of financial difficulty that they currently face.

Hector Bellerin Ready To Give Up Millions To Stay In Betis

After having such a successful season with Real Betis, it seems like the right-back has found his home. After struggling in Arsenal towards the end of his spell and dealing with constant injuries. He played 32 games for Betis, his highest number in several years. Now, he is ready to leave the £5.7million that Arsenal was paying to stay in Spain. Wishing the 27-year-old better seasons ahead.

Rumors are things that often come out to be true, especially in the transfer market. A recent rumor related to Chelsea, they are pushing for a deal to sign Raheem Sterling from Manchester City. Nothing is confirmed yet, but this news seems to be floating around.

PSG has expressed its interest in signing Renato Sanches from Lille. Now a free agent, Cristian Eriksen is interested if Manchester United makes him an offer. He is considering joining the Red Devils. New reports suggest that Liverpool has contacted Real Madrid to inquire about Marco Asensio. Mane’s loss has spurged new energy in Klopp to bring in new players to the club. That is it for now. We will get back with more official signings, news, and rumors from the Transfer Market.