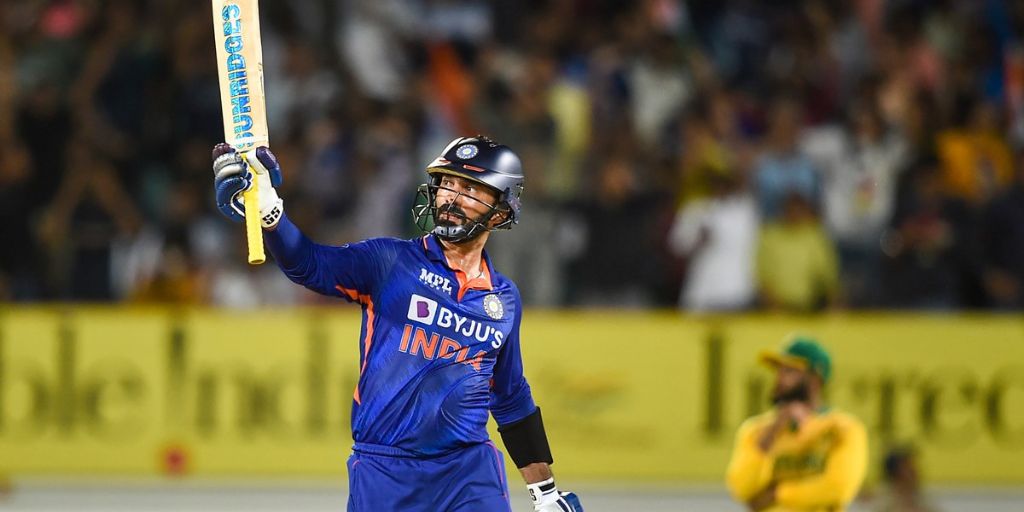 The India vs SA series finale got canceled due to rain last night. The match was the fifth one of the series. Besides, the series was level at 2-2 coming into this game. It means that the winner of the match would’ve taken home the trophy. However, the Bangalore rain did not let it happen. Eventually, the two sides shared the spoils on the night. Notably, the weather report promised high chances of a drizzle on the morning of the game. However, the crowd came in in numbers to cheer on the two teams. The Men in Blue had the lion’s share of the support. It was evident when SA won the toss and put India to bat first. However, the rain came back down with only 3.3 overs bowled. The scoreboard read 28/2 with both the openers out. Nevertheless, the players never got back onto the pitch due to the downpour.

Notably, India was 2-0 down in the tie after the first two matches. However, Dravid’s men got back to winning ways to level up. The team showed their quality as the series progressed. DK’s displays will now make the BCCI firmly consider him for the 2022 T20 WC. Also, newcomers like Avesh Khan and Gaikwad showed signs of promise. Moreover, Dravid named the same starting 11 in all five matches. This backing also helped the players in their on-field displays.

The India vs SA series finale as it happened!

SA’s captain, Temba Bavuma, was out with an injury from the 4th T20. Keshav Maharaj took over the reins for the India vs SA series finale. SA started off well, getting two quick wickets of both the Indian openers. However, the match soon washed out due to rain. Nevertheless, Kishan did manage two sixes on the trot in what was to be the only piece of entertainment for the home crowd.

The series ended in a two-all draw as the two captains posed with the trophy. Furthermore, B.Kumar won the Player of the Series award for his displays with the ball. Also, SA had some positives of their own. The form of van der Dussen and Klaasen in the middle order will help their selection process.

India next plays in a two-match T20 series in Ireland. Hardik Pandya will captain the side there. It’ll mark India’s sixth different captain in the last eight months.