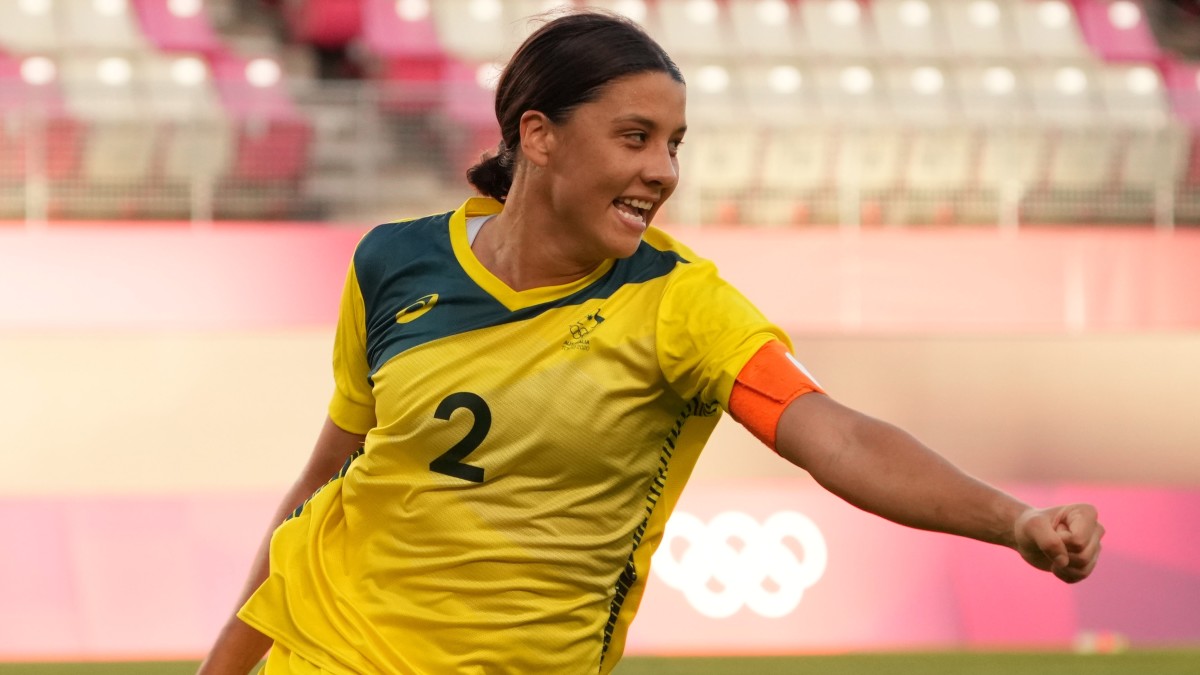 The topic of Sam Kerr’s net worth has been booming ever since her Fifa 23 cover release. Coming from Australia, the 28-year-old is at the peak of her career. She has been, for a while now, a goal machine. Currently, she is playing for the Chelsea football club and has been on fire in the FA Women’s Super League. Kerr has been representing the Australian National Team since 2009. A fun fact: Sam also leads the scoring charts in the National Women’s Soccer League in the United States. In three different parts of the planet, Europe, Australia, and the US, Sam is the only player in history to win the golden boot. Such an amazing star player.

To add more stars to her name, she recently featured on the cover of FIFA 23. Only Kylian Mbappe was the other footballer to have featured in this year’s version. It is no surprise that Australia has always been among the top sporting nations, so it is no shock that they produced another one. Samantha has been an inspiration to so many young girls who are willing to try a sport and not just football. A player of the highest quality and caliber will attract a following of millions. On the personal front, Kerr is one of the nicest people to hang with. This article will discuss more the life, career, and net worth of Samantha Kerr.

Before we move on to Sam Kerr’s net worth, a little introduction to her life is needed. She was born on September 10, 1993, in Perth, Australia. Sam is from a family of professional footballers. Her father and uncles were all professionals, so we can see where the genes came from. Interestingly, Sam is a mix of English and Indian descent. Mr. Kerr was born in Kolkata (India), where his father was English and a heavyweight boxer. He married an Indian woman before the couple shifted to Australia, where Sam was born. In her early teenage years, Sam was scouted by one of the Perth Glory staff members, where she started her career. By the age of 15, she was already making her professional debut.

Samantha started her professional career with the Western Knights. After three years playing for this team, she moved to Perth Glory, her home club. She made her debut at the age of 15 and was voted player of the season in 2009. Kerr was also awarded goal of the season for a brilliant long-range strike against Syndey FC. After three years, she left the club and tried her career in different parts of the world. She has been extremely successful in all her ventures. Currently playing for Chelsea, Sam has scored 42 goals in just 46 appearances for the club.

What Is Her Net Worth?

According to various sources, Samantha Kerr’s annual earnings are close to $500,000. Her $1 million deal with Nike has surely increased her net worth, which is, at present, close to $2 million. The way her career is flying high, only the sky is the limit.