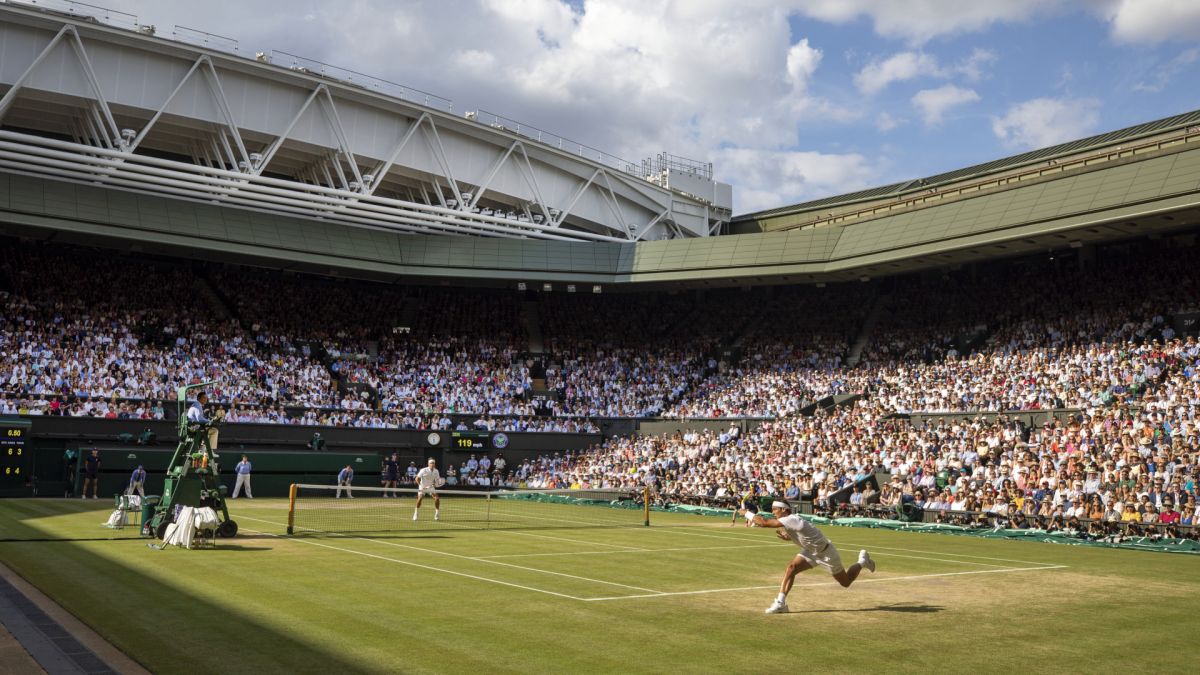 Wimbledon 2022 Day 7: Novak Is Through, Alcaraz Is Out

Wimbledon 2022 Day 7 was a perfect one for Novak Djokovic and a disappointing one for Alcaraz. Novak faced the in-form Dutch Tim van Rijthoven. This player a few months ago was not even playing top 100 players in the world and here he was up against the #1 seed in the tournament. This was already a massive improvement for the young Dutch. In his defense, he managed to give Djokovic a tough time by winning the second set after losing the first. But Novak finished off the game in four sets and is now through to the quarterfinals of Wimbledon. The British star Cameron Norrie has still kept the fan’s hope alive as if wins his fourth-round encounter quite comfortably. He faced #30 American Paul and won the match quite comfortably in straight sets.

Norrie now has the entire expectations of the home crowd as the majority of the British players are out of the tournament. J. Sinner Vs Alcaraz was a mouthwatering clash. Having beaten Wawrinka and Isner in the previous rounds, Sinner was roaring with confidence. His opponent Alcaraz showed an amazing performance in the second and third rounds, gaining momentum on grass. The match looked tough, to begin with, with players matching each other shot by shot. However, Sinner got the upper hand and defeated Alcaraz in four sets. This was a big upset for many fans but the way Sinner is playing in the tournament, it cannot be called a fluke.

Wimbledon 2022 Day 7: Novak Had A Tough Made But Alcaraz Is Out

Novak Djokovic’s match against Tim van Rijthoven in Wimbledon 2022 Day 7 proved to be more than what the audience expected. Nobody thought the unseeded player would play the way he played. The first set was tight even though the scoreline suggests otherwise. There was a lot of potential shown by the Dutch player. Even though Novak won the first set 6-2, it was certain that there were more things to come. The second set showed the newcomers’ potential. He gave Novak a run for his money. It was difficult for Novak to match his shots and the Dutchman found a way to win the set 4-6. The entire stadium felt something special was coming but it wasn’t meant to be. Novak came back to his usual self and overpowered the young Dutch. He won the remaining two sets 6-1, 6-2, showing why he is one of the best.

Cameron Norrie is the only shining light left for the British fans. The highest-seeded British player in this year’s Wimbledon had a comfortable fourth-round game against T. Paul. Norrie finished the game in straight sets as he won the match 6-4 7-5 6-4. He has made it to the quarter-finals of the tournament.

J. Sinner displayed a wonderful set of tennis to demolish Alcaraz in Wimbledon 2022 Day 7. Sinner is the second-highest seeded Italian after Matteo Berrettini. With Matteo out due to covid, Sinner is perfectly handling the responsibility. Though it was a tough match and rightly so, Sinner managed to finish off the game in four sets. He won the match 6-1 6-4 6-7 6-3.

Day 8 will be exciting to finalize the players for the quarterfinals.