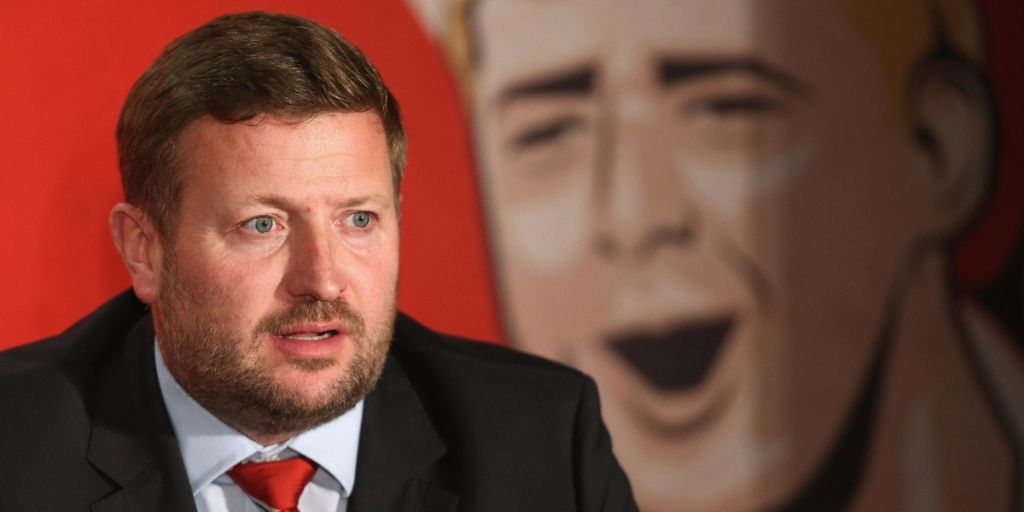 Man Utd CEO R.Arnold is under the radar for some comments he made of late. He joined a few Utd fans for a chat in a local pub. He appears to have indulged in an informal talk about the club. However, those fans have leaked some clips from the meet. Arnold was unaware of the video recording at the time. Moreover, the footage has since gone viral on the internet. Also, Arnold has reportedly upset the Utd owners with this gesture.

Utd announced Arnold as the new CEO of the club midway through last season. As such, he replaced Ed Woodward in his role. Notably, Woodward had a major communication gap with the fans. However, Arnold seems to have brought himself into trouble for similar reasons.   Utd recently brought in Erik Ten Hag as their new manager. Also, there have been other changes at the boardroom level of the club. The fans are optimistic about the start of a new era at Utd. Furthermore, the club suffered their worst league points tally of all time last season. It also adds the pressure of delivering success on the pitch this time around. However, can there be turmoil after the leaks of Man Utd CEO R.Arnold? We will bring you all the latest on the matter.

In the leaked footage, Arnold is seen discussing some internal matters of the club. Utd is under a rebuild this transfer window. Several players have already left the club, with further departures expected soon. One of their prime targets is Barca’s, Frenkie De Jong. Arnold gave the fans insights into the happenings behind a move for the player. Such interactions with a club official are unheard of in recent Utd history.

Furthermore, Arnold also shared his disgust at the 2021/22 season for Utd. At one point, he also seemed to take a dig at the Utd owners. However, he was cautious enough not to cross any limits. Nevertheless, Arnold is receiving mixed reviews for his deeds. Some are praising him for going out and talking to the fans about their club. At the same time, some believe that it was not a wise thing to do on his part.

Notably, Utd is without any trophy for the last five years. Besides, their last PL title came back in 2013 under Sir Alex Ferguson. The club will hope to bring back the glory days to Old Trafford.