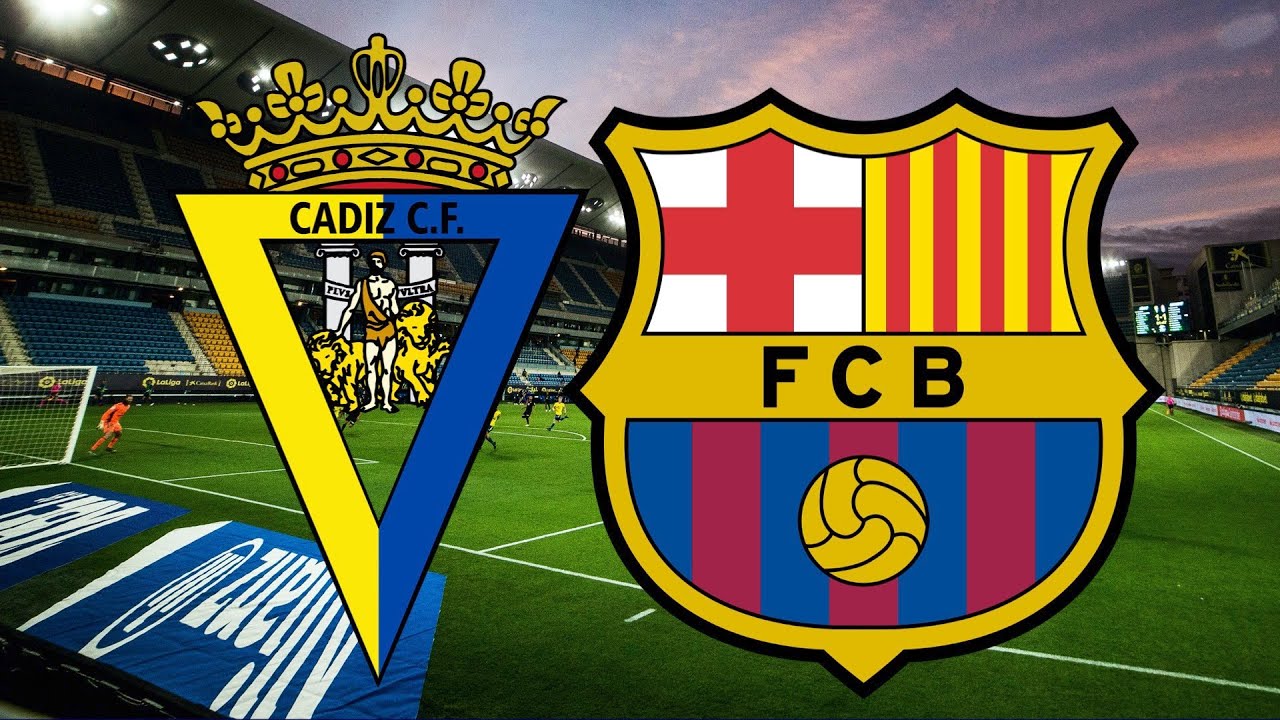 Barcelona vs Cadiz: Match Highlights, Scores And Much More.

The last La Liga match of Barcelona vs. Cadiz on the 19th of April saw one of the most shocking results in the La Liga history. Gonzalez Soriano’s Cadiz CF managed to pull off a stunning win against Xavi’s FC Barcelona in their backyard at Camp Nou. This has resulted in a 12-point difference between Barca and Real Madrid. This is the second defeat for Barca at Camp Nou in 2 consecutive matches. Tuesday’s defeat can cost Barca their Champions League spot next year. This post will contain Barcelona vs Cadiz La Liga match highlights and scoreline.

The Blaugranas had lined up in a 4-3-3 attacking style form, while the Pirates were lined up in a formation of 4-2-3-1. Both Barca and Cadiz went with a highly attacking formation. Seeing the gameplay of Cadiz, one can say they were fighting to save themselves from relegation. Barcelona is currently sitting at 4th position while Cadiz is at 17th position. Barca missed a lot of their key players in the game, like Pedri, Samuel Umtiti, Sergi Roberto, Gerard Pique, and Ansu Fati. As a result, the defense was left exposed every time the Cadiz players progressed up in rapid speed.

The winning goal was slotted in for the away side by Lucas Perez in the 48th minute, just 3 minutes after the halftime. It was a chaotic situation at the backline, and Perez got a free rebound at the back of the net. Barcelona, who played a dormant first half, applied extreme frontline pressure in the form of Aubameyang, Luuk de Jong & Adama Traore. However, Cadiz’s goalkeeper Jeremias Ledesma had stood like a rock every time and foiled all the attacks of Barca. The Blaugrana had a dominating performance with 18 shots on target along with 76% possession as compared to 6 shots of Cadiz and 24% possession. But, Cadiz was defensively very strong whenever there was a counterattack. A missed chance by Alex Fernandez, a miraculous save by Ter Stegen, and the right post of Barcelona kept Cadiz at bay on 3 separate chances during the first half. Barca is now in a tricky position as it has to fight with 5 other teams for the 3 Champions League berth available. At the bottom of the table, Cadiz emerged from the third and final relegation spot, jumping above Mallorca and Granada.

Barca’s defeat against Cadiz comes against the backdrop of a humiliating defeat from the German side Eintracht Frankfurt in Camp Nou. This match was the semi-final clash between the two teams. The German side won 3-2 on aggregate but what was most disheartening was the huge presence of the ultras supporter of the German side. It felt as if the fans had captured the Camp Nou and the match was in Germany rather than in Spain. It was estimated that there were around 30,000 german supporters in Camp Nou. As a result, a section of fans didn’t turn up for the match against Cadiz in protest.

The goal from Lucas Perez was the sole goal that was scored in the match. There were many other big chances created by Barcelona in the dying minutes of the game. One of the close calls during the match was the header of Luuk de Jong during the 85th minute, which was very close to the far post but was saved by Ledesma. Cadiz also missed a one-on-one chance when Alex Fernandez’s shot was saved by Ter Stegen. The match ended with a 1-0 defeat for FC Barcelona after full time.

Barca has to play the next match against Real Sociedad. The basque team might not possess serious threats to the Catalan side, but given the recent form of play, Barca will be a little low on confidence when they go to play against Real Sociedad on the 22nd. There are many areas where Barca needs improvement, but predominantly the place where Barca lacks the most is in their defensive backline. When they commit their numbers forward, Ter Stegen gets exposed at the back. To strengthen the backline barca might slot in the likes of Gerard Pique and Ronald Araujo, who missed out on the last game due to suspension. Now time will only tell what will be the final outcome of the game, but one can only hope that Xavi’s men will do their best to change their fortunes.