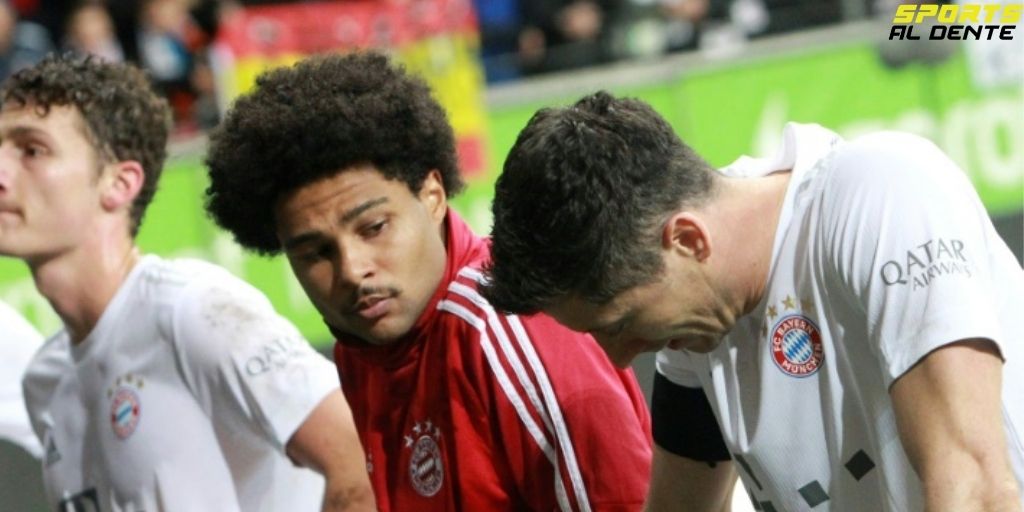 FC Bayern München, also popularly known as Bayern Munich, is the biggest and most successful football club in Germany. They have enough trophies in their cabinet and an abundance of cash to prove that. And over the years, they have only gone on to register a firmer grip over their position. But at the same time, being an elite club in the footballing world brings with it some unreal expectations. In every competition they play in, they are expected to win dominantly. But being a mere mortal team of players, Bayern has also succumbed to defeat on more than one occasion. The top 10 most humiliating defeats of Bayern Munich that we will be having a look at in this article highlight some of the most upsetting results endured by the Bavarian side on the field. As is evident, being such a dominant side when it comes to the Bundesliga, the first division of the German football league system, most of Bayern’s off days have come on the European stage in the Champions League or the DFB-Pokal, the German domestic-cup competition. With that, let us have a look at the embarrassing collapses of the mighty Bayern Munich.

Starting off the list of the top 10 most humiliating defeats of Bayern Munich is their defeat at the hands of Inter Milan in the 2010 Champions League final. With both teams having a successful domestic campaign, their eyes were on European silverware. However, at the end of 90 minutes in the Santiago Bernabeu, Jose Mourinho’s Inter clinched the treble off Louis Van Gaal’s Bayern.

Borussia Monchengladbach handed Bayern their biggest loss in the DFB-Pokal with a 5-0 hammering. One of Bayern Munich’s top 10 most humiliating defeats has to be this encounter at Borussia Park. Having named a strong starting 11 on paper, Bayern were stunned by the opposition’s display, leaving the home fans in raptures.

Bayern were the reigning German top-flight champions, Champions League holders, and newly crowned winners of the Intercontinental Cup. St. Pauli, on the other hand, were a freshly promoted club in the Bundesliga that went straight back down in the very same season. However, the 2001/02 season’s matchday 21 saw the underdog club register a 2-1 win and hand Bayern one of their top 10 most humiliating defeats in the league.

Bayern were going through an already unconvincing season under Nico Kovac. Their next opposition happened to be his former side Eintracht Frankfurt. Unfortunately, things turned out sore as Bayern were shown a red card within 10minutes. Having gone further 2 goals down, the contest was going out of hand. The game eventually finished 5-1 to Frankfurt and marked the end of Nico Kovac’s stint at Bayern.

Bayern Munich’s most humiliating defeats’ top 10 list is going to be incomplete without the mention of their semi-final encounter against Real Madrid. With a defeat in the 1st leg away from home, Pep Guardiola’s side were expected to turn things around at home. What followed, however, was a 4-0 thrashing at the hands of the eventual champions. Bayern lost the tie 5-0 against Madrid, who went on to secure La Decima.

Football is an astonishing sport. It could go on for 90 meaningless minutes and then offer 3 minutes of injury time that makes history. One of Bayern’s top 10 most humiliating defeats draws a similar story. In the 1999 Champions League final at Camp Nou, they took an early lead against Manchester United. At the 90-minute mark, Bayern ribbons were already being tied around the trophy. The next 3 minutes and 2 Manchester United goals later, Bayern were shell-shocked. This drama made it one of the very best, if not the finest, Champions League finals ever played.

The scoreline is by no means reminiscent of a top 10 humiliating defeat by Bayern Munich. But the sub-plot around the match-up is. When the tie was made, Bayern head coach Julian Nagelsmann expressed his intention to settle the contest in the 1st leg. This made the Villarreal players fueled up with a point to prove. They produced a ruthless display against the German giants and could have easily scored more than just a solitary goal. In the 2nd leg, Villarreal sealed Bayern Munich’s exit from the 2021/22 Champions League with a solid 1-1 draw.

Bayern’s nemesis, Borussia Dortmund, were bound to make the list of top 10 humiliating defeats suffered by Bayern Munich. Dortmund had already beat Bayern to the Bundesliga title for two seasons in a row. But the DFB-Pokal final of the 2011/12 season settled the Dortmund’s dominance over their fierce competitors.

The final in Berlin was a much-anticipated affair, with it proving to be Bayern’s only chance at silverware that season. Jurgen Klopp’s Dortmund side, however, had other ideas. They beat Bayern comprehensively thanks to a Robert Lewandowski hat-trick. This defeat meant Bayern failed to win any major titles for two seasons straight. Rightly deserving of a spot in the top 10 most humiliating defeats endured by Bayern Munich, nothing is taking away from that excellent Dortmund side. The rivalry was at its peak, with Dortmund having the undisputed upper hand.

It was Pep Guardiola’s much-anticipated return to the Camp Nou. The tie was a fascinating affair between two fine sets of players. Bayern boasted of the widely regarded world’s best goalkeeper of that time, Manuel Neuer, at its base. Several other World-Cup winning players from the 2014-Germany squad were also present. How does this team make it to the list of Bayern Munich’s top 10 humiliating defeats, you ask?

Well, Barcelona had stars of their own in the likes of Lionel Messi, Neymar, Luis Suarez, and Andres Iniesta. And it was them who stood up to the occasion. Messi opened the scoring in the 77th minute. Just over 3 minutes later, Lionel Messi produced one of the finest ever footballing moments with the ball at his feet. Having received the ball at the edge of the box, he flawlessly skipped past Jerome Boateng before smoothly dinking the ball over Neuer. Genius! The 2nd of Bayern’s top 10 most humiliating defeats was sealed with a strike from Neymar in stoppage time.

Bayern had registered impressive results in the group and knockout stages of the 2011/12 Champions League season before securing a spot in the Final at their home ground. The stage was set for them to overcome the disappointments of losing the domestic league and cup titles to arch-rivals Borrusia Dortmund. English club Chelsea, their opponents on the night, and their interim boss Roberto Di Matteo were the clear underdogs. The inclusion of this match in the top 10 most humiliating Bayern Munich defeats starts from here.

Chelsea proved to be a hard team to score against that evening. The home side eventually broke the deadlock in the 83rd minute. Didier Drogba, Chelsea’s bonafide big-game player, leveled 5mins later. In a surprising turn of events, however, Drogba then gave away a penalty to Bayern in the closing stages of the match. The ever-reliable Arjen Robben stepped up only to see his penalty saved by Petr Cech. The match went to penalties. Didier Drogba eventually turned out to be the scorer of the winning penalty. Bayern were handed one of the most humiliating defeats ever and surely one which makes the top 10. Chelsea were crowned the UEFA Champions League winner for the first time in their history and lifted the trophy on the opposition’s home turf. Bayern Munich bounced back in the very next season by winning the treble under Jupp Heynckes. But the memories of that heartbreaking defeat against Chelsea have still not been forgotten by Bayern Munich and their fans.