Bayern Munich Crowned As DFL-Supercup Champions In Clash Against Dortmund 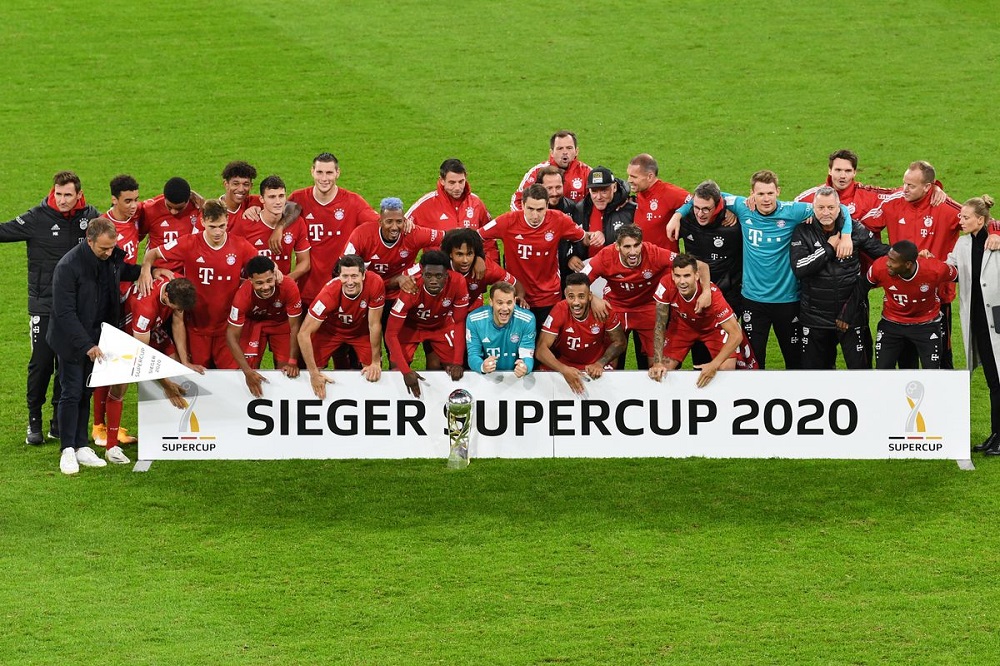 On 30th September 2020, the football fans got to see one of the best matches in football, which was Bayern Munich vs. Borussia Dortmund. The game was the final of the DFL Supercup. The DFL Supercup match was played between Bayern Munich, the winners of the previous season’s Bundesliga and DFB Pokal, and Borussia Dortmund, the runner-ups of the Bundesliga who also holds the Pokal title. Usually, the match takes place in July or August and before the new season of Bundesliga starts. However, this time due to the ongoing pandemic, the schedule had to be changed.

The 2020 DFL Supercup was the 11th edition, and it was going to be an exciting one. Usually, in such matches, the attendance is enormous. However, due to the ongoing pandemic, the match had to be played behind closed doors. The match was hosted by Bayern and took place at their home, Allianz stadium. Let us see what happened in the match and which team took the cup home.

Bayern Munich had a fantastic last season where they won each title they could win. Dortmund, on the other hand, is another great team from Germany and is always just behind Bayern in the Bundesliga. For Bayern, players like Gnabry, Boateng, and Alaba were not included in the starting 11. For Dortmund, they were playing with their strongest team, but Alex Witsel was benched. Bayern was following the 4-2-3-1 formation, whereas Dortmund was with 3-4-2-1.

Bayern kicked off and started playing aggressively like they always play. Putting pressure on the opponents is a risky approach; however, Bayern makes it look effortless. The first half was very good as we got to see three goals. The first goal was scored by Tolisso, who got his leg to the ball after the assist from Lewandowski. He took the first time shot, and the ball hit the crossbar after taking a deflection from the keeper, but Tolisso sprinted to the ball again and completed the goal. Twelve minutes later, Thomas Muller scored a beautiful header where Alphonso Davies provided the ball. Now, Bayern was in a 2-0 lead, and Dortmund had to step up their game. It worked as Julian Brandt scored for the team 7 minutes before the halftime. The score was 2-1 at halftime in favor of Bayern.

Ten minutes into the halftime Erling Haaland proved himself again after scoring the equalizer and keeping Dortmund alive. Just 4 minutes later, Haaland got another big chance to lead his team, but Neuer wonderfully saved the shot from him as the Bayern keeper avoided conceding a goal. Kimmich scored the final and winning goal for Bayern. A brilliant assist was provided from Robert Lewandowski to Kimmich, who hit the ball first time but was saved by the keeper. The ball deflected back, but even though Kimmich had already fallen after the first attempt, he still managed to score. Everybody thought it was an own goal at first, but then it was seen in the replay that the ball hit Kimmich’s left leg the second time and went in. Like this, Bayern won their 5th DFL Supercup.