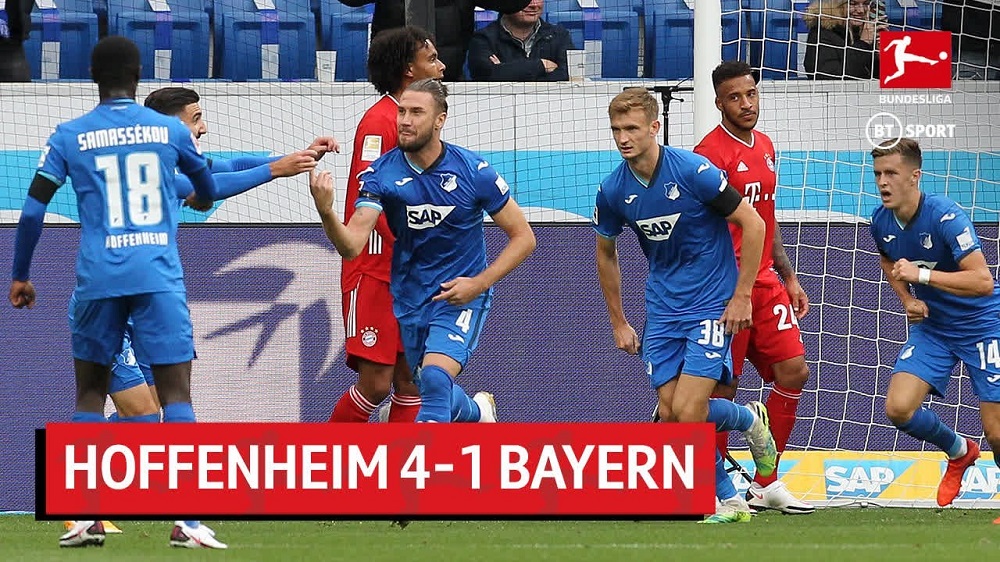 On 27th September, Hoffenheim surprised every football fan by beating the 2020 UEFA Champions League winners Bayern Munich. Hoffenheim is a great team but nobody expected that they will be able to beat the current Bundesliga champions. Hoffenheim really proved that to win a game the gameplay is more important rather than the name. Last season, Hoffenheim finished in the sixth position on the points table. Even last year, Hoffenheim was able to beat Bayern Munich by one goal. Except for this match, Bayern has won the last 4 times that they have faced Hoffenheim.

From 2017 till now, Hoffenheim has only won three games playing against Bayern. However, the last season Bayern was in great form and totally humiliated Hoffenheim when they met each other in February this year. The score was 6-0 in the Bavarians’ favor. Bayern has been unbeaten in their last 10 away games in Bundesliga. They almost broke their own record from the 2013/14 season. Sebastian Hoeneß, the head coach of Hoffenheim FC made one change in the defense where he replaced Adams with Posch. Hansi Flick on the other side, the head coach of Bayern Munich made 4 big changes according to the squad that faced Sevilla in the UEFA Super Cup. Lewandowski, Goretzka, Sule, and Hernandez were benched and Zirkzee, Tolisso, Boateng, and Davies were included in the starting 11. It looked like Flick was not taking the match seriously after Lewandowski was seen on the bench.

Bayern kicked off and were playing their possession game. They were keeping good possession until Hoffenheim scored their first goal in the 16th minute. It was a beautiful header goal scored by Bičakčić which was almost cleared by Davies. Just 8 minutes later, Dabbur made it 2-0 after a mistake from Pavard who made an easy pass to Dabbur who chipped it into the goal. In the 36th minute, Kimmich scored an amazing curler in the top right corner of the net from outside the box and made it 2-1. Bayern had a great possession of the ball and even many attempts but were not able to hit the target. The score was still 2-1 at halftime as Neuer made a great save just before halftime to keep them alive in this game.

The second half started off great for Bayern but they were still not able to find the net. On the other hand, Hoffenheim was not able to keep the possession of the ball for long but whenever they got the ball, it was a threat to Bayern. Flick finally decided to make his substitutions and brought in Lewandowski, Goretzka, and Coman. This did not help Bayern as Hoffenheim scored their third goal of the game where Kramaric scored the goal after a great assist by Bebou. This was surely the winning goal for Hoffenheim.

However, Hoffenheim went on to score another one. This goal was the most humiliating for Bayern as the defense was nowhere to be seen. Bebou dashed with the ball even though he was fouled but the ref waived an advantage. Neuer charged to get the ball but Bebou was too fast and got to the ball first and Neuer ended up committing a foul inside the box giving the rivals a penalty. Kramaric took the penalty and converted it to make the score 4-1. Like this, Bayern Munich was defeated for the first time in 2020.