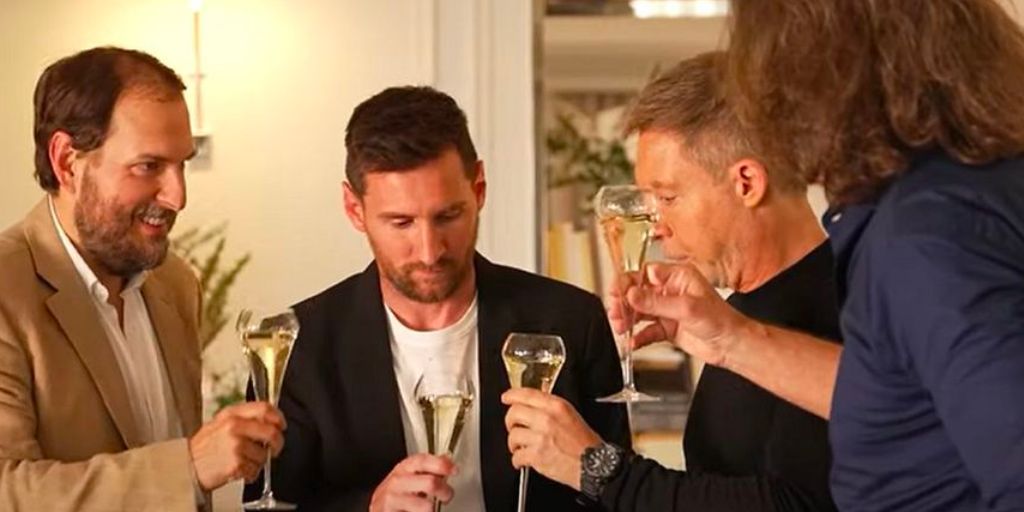 Leo Messi Debuted as An Actor In ‘Los Protectores’

When the question of versatility comes on the pitch, nobody comes close to beating the goat of football, Lionel Messi. The 34-year-old Argentinian and PSG superstar has now found a way to transform his on-field magic onto the silver screen. Messi has already conquered both the football pitch and the fans. He now will don a new shirt of an actor. Messi will be doing a cameo appearance in the Argentinian TV show Los Protectores. Before this, Messi worked in several commercials like Pepsi, Lays, etc. Marca, which is a very reputed Spanish sports broadcaster, said, “Messi will make a cameo appearance in the second season of the Argentine drama ‘Los Protectores,’ which is gaining popularity in his homeland”.This post will give a detail about the debut of Lionel Messi in the TV show.

During the end of the last season in 2021, fans got the horrid news of Messi leaving Barcelona for PSG. The Argentinians had a quiet and mellow season. On the international front, however, the 34-year-old had a sterling performance. He led his country to the first Copa America win in Brazil. However, the only silverware that is marooned from the cabinet of Leo is the world cup. Having come close to the prized silverware, Messi missed the opportunity by a whisker back in 2014. Now, with a world cup looming at Qatar plus a one-year contract left with PSG, an acting debut in Los Protectores might just be the icing on the cake.

What is Los Protectores?

Los Protectores is a comedy-drama show that aires weekly. It started airing in the March of 2022. The story follows the trials of three soccer managers who are on the threshold of being bankrupted. Thus to save themselves, they must act in unison to save themselves from the economic turmoil. Just when things seem to come within grasp, a soccer star appears to bamboozle the entire scenario. Now, they must fight amongst themselves to lay a claim over him. In the end, they act mutually to be his protector. Messi is expected to play a small role in the upcoming season of Los Protectores in 2023. Most of the filming for this Tv show happened in Paris while he was playing with PSG. His versatility in acting has been a surprise to the people around him. “It has really surprised us all. Not only his human warmth but his acting,” said Parra, an actor known for playing Pablo Escobar in El Patrón del mal.

Where to watch Los Protectores?

Los Protectores is an Argentine original which aires weekly. The first season aired on 9th March 2022. Fans from Latin America can tune in to the Star+ to watch it. Other fans can watch the series on Streamable, which is an OTT platform. The series is also available for selective regions on the Hulu+ app. The teaser featuring Messi has even been released on their youtube channel.

Although this step is a big jump in the life of Leo, he is far from being the first footballer to be telecasted on the silver screen. He is far from being the first footballer on the silver screen, even amongst his PSG compatriots. Former Barcelona teammate and presently PSG teammate Neymar Jr. had already made a brief appearance in the superhit series Money Heist. Former England footballer David Beckham also did a similar role in the sitcom Only fools and horses. Los Protectores will climb the ladder of popularity after casting such a huge sensation. However, the real crown which Leo can wear while watching the series back at his crouch is after winning the World Cup. It will be a dream for the talismanic midfielder and millions of his countrymen and fans across the globe.