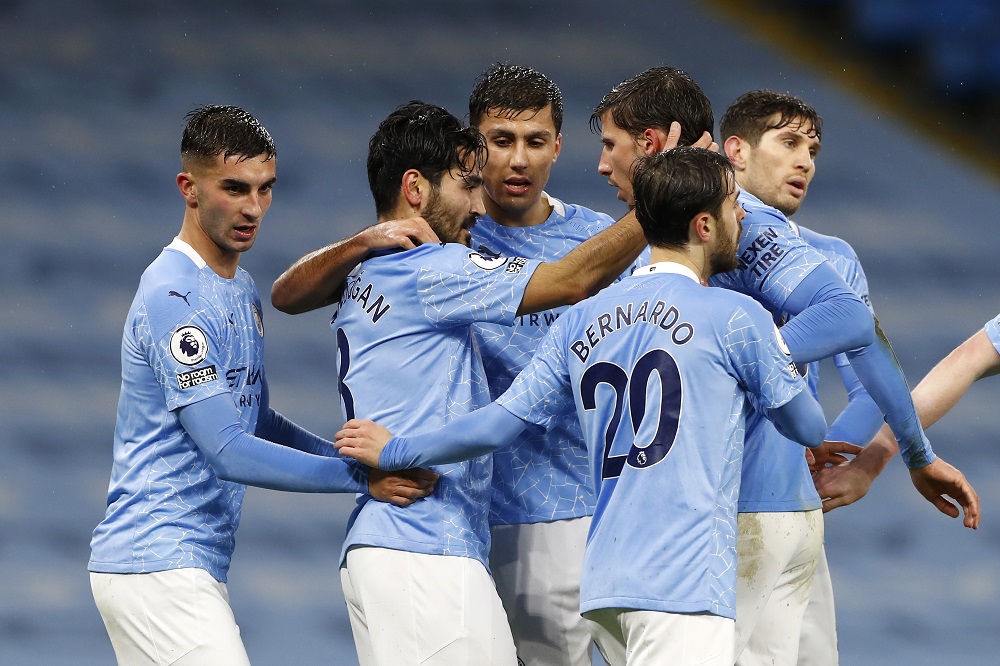 Manchester City went top of the points table after their victory over Aston Villa.

Manchester City hosted Aston Villa at the City of Manchester Stadium for their 18th fixture of the Premier League. Pep Guardiola made three changes to the side that beat Crystal Palace on Sunday. Cancelo, Rodri, and Foden were starting the game with Zinchenko, Fernandinho and Jesus dropped to the bench. Dean Smith made just one change to the team that started Villa’s last league match against Manchester United. Barkley was coming in to replace El Ghazi. Manchester City had won 14 of their last 15 Premier League home games against Aston Villa including each of the last in a row by the aggregate score of 33-4. Manchester City had won their last five Premier League games after conceding just one goal in the process. So, the match was going to be really interesting as both the teams were looking forward to climbing up the points table.

The match began as Manchester City was maintaining good possession of the ball to play their standard game. In the 4th minute, a corner was curled in for Manchester City and Rodri headed it back to the middle of the box. Silva hit it the first time at the near post but Martinez blocked it from close range before Cash cleared it off the line to stop Sterling from scoring a tap-in. Walker was struggling with a thigh problem for a few minutes after Grealish made a strong challenge. He tried to carry on but in the 28th minute, he was replaced by Zinchenko.

Manchester City was able to dominate the possession but was unable to covert the attacks for good. Villa’s defenders stood strong and conceded no goal till the 45th minute of the game. In the injury time, Manchester City quickly broke on the counter and DeBryune drove into the box as he squeezed his low cross through Foden at the far post. He took a touch before hitting his short but Cash made a good block to deny Foden. With that, the first half ended goalless but Manchester City had dominated in terms of possession throughout their half.

The second half began as Villa’s intentions were to dominate the possession. They were successful for the first 10 minutes as after a great touch, Traore took the ball around DeBryune after being picked out by Martinez. He drove it forward into the box before hitting a low shot towards goal but was denied by Ederson. Both the teams were looking for a breakthrough from the beginning of the second half. Consequently, they were creating attacks but were unable to convert their chances.

Finally, in the 79th minute, Bernardo Silva put Manchester City in the lead from a tight angle out of nowhere. After a mistake from Ming, Rodri stole the ball from him and played it to Silva. The Portuguese midfielder then pulled away from two Villa defenders to make space for himself before firing his effort past Martinez into the back of the net. Aston Villas was struggling for an equalizer whereas now Manchester City was looking comfortable. In fact, the Cityzens won themselves a penalty and Gundogan scored it to guide his team to victory. The hosts had managed to keep the ball well as they tried to see the last few minutes of the game and keep their clean sheet intact.

With that, the second half ended as Manchester City emerged victorious in a 2-0 win. Consequently, they moved above Leicester City on the points table to the 1st position. Anyhow, both the teams will now be looking forward to prepare for their next games. Aston Villa will be facing Newcastle United at the weekend whereas Manchester City will be locking heads with West Brom on Wednesday i.e. 27/01.

Huge from this man tonight! 👏 @BernardoCSilva