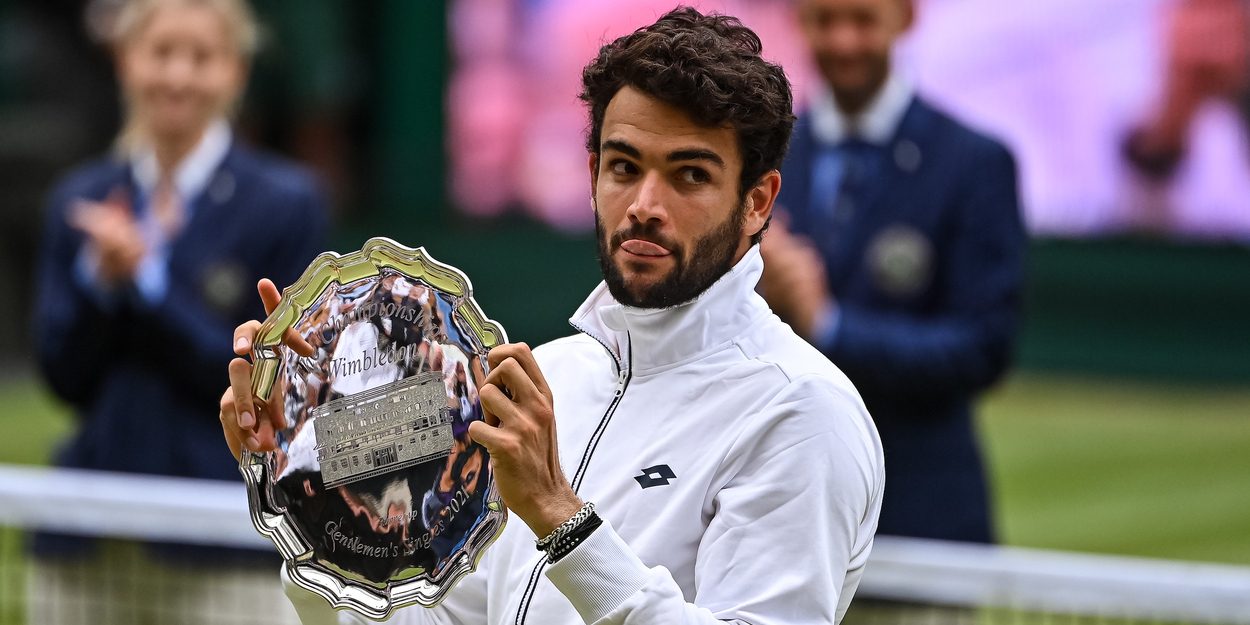 Matteo Berrettini Out Of Wimbledon 2022: What Happened To Him?

Matteo Berrettini made an amazing comeback after his long injury spell. His great win at the queens was a testimony of what a player he is, especially on the grass. He had beaten Andy Murray in the Stuttgart Open final prior to his win at the Queens. This was all a terrific run of results leading up to the Wimbledon. He is the last year’s finalist as well, and though he lost to Novak Djokovic, he showed great promise. He is undoubtedly the best Italian player in a long time and is probably to become the best player in the world. Unfortunately, his participation in Wimbledon 2022 has come to an end as he is Covid positive.

As there is again a surge of covid cases in the UK, the timing of the virus couldn’t have been worse. It is a time of fun and festivity in the UK because of Wimbledon and other sporting events going around. This occurrence of Covid can surely become a hindrance for all the sporting tournaments. As far as the tennis players are concerned, they are checked regularly, and no one else is positive. This is a good sign for the tournament. On the contrary, there were some reports citing Rafael Nadal’s health. Last week, he was in contact with Matteo Berrettini when they set the record of practicing at the Centre Court first time in history.

Also Read: Wimbledon 2022: Where To Watch In The US, UK, And Australia

Matteo Berrettini was supposed to play on Day 2 of Wimbledon 2022. He was in the same draw as Rafa, Felix, Tsitsipas, and Shapovalov. Day 1 marked the wins for Novak Djokovic, Alcaraz, and Ruud, and they all managed to win their first match. Except for Hurkacz, who lost his round 1 match in a thrilling five sets encounter. Heartbreak for the Polish number 1. Alcaraz was also pushed to the limits, and the boy wonder did not give up. The opponent was on top of Alcaraz for the majority portion of the match, but somehow Alcaraz managed to stay in the game. In the final set, towards the end, he made a breakthrough and found himself in the next round.

Things were not easy for Djokovic but not as hard as Alcaraz. Novak was taken by surprise by Korean Swon. He hit some clean forehands and backhands, which literally put Djokovic in trouble. Djokovic even lost the second set to the Korean. But the #1 seed calmed himself and won the third and the fourth set with ease. Casper Ruud, on the other hand, had a comparatively easy draw. He managed to win against his opponent in straight sets and is through to round two.

Matteo Berrettini was supposed to play yesterday but unfortunately withdrew due to being Covid positive.

Born on 12 April 1996, Matteo Berrettini is an Italian professional tennis player who turned pro at 15 years of age. Within three years, he managed to be in the top 100 ATP rankings. By the end of 2019 and the beginning of 2020, Berrettini reached the top 25 rankings. His current ranking is 11, but his highest ranking has been 6 in the world. He is definitely the future of tennis and has already made his mark in the sport.